Just minutes before the official opening of NAB 2017, Blackmagic Design unveiled DaVinci Resolve 14. It features a whole new audio tab, thanks to the company’s acquisition of Fairlight last year. There are also many other improvements throughout the application. Let’s dive in!

Following version 12.5, version 14 of Resolve is almost ready to hit the grading suites. And the editing suites, of course. Oh wait, this version will even hit audio suites, too! After skipping version 13, version 14 is all about Pro Audio. Their acquisition of Fairlight last year left everyone wondering what Blackmagic Design’s secret masterplan was. Well, now you know: Resolve 14 has evolved in a way that allows you to stay in the same application for the edit, grade and audio mix stages of your project.

You can create up to 1,000 tracks of audio and work with them in realtime, with 8 main, sub and aux outputs available. The Fairlight tab works in tandem with a whole new line of Fairlight hardware consoles that accelerate and streamline the whole audio workflow. There are 4 versions of these available: a desktop console, a two-bay console, a three-bay console and a gigantic 5-bay console.

Feature-wise, the new Fairlight tab in Resove 14 is capable of all kinds of audio-related tools, such as equalization and dynamics, for example. It gives you real-time 6-band equalization, along with expander/gate, compressor and limiter dynamics on every single track. Editing and automation, mixing of course, mastering and VST plugins are all there at your service. 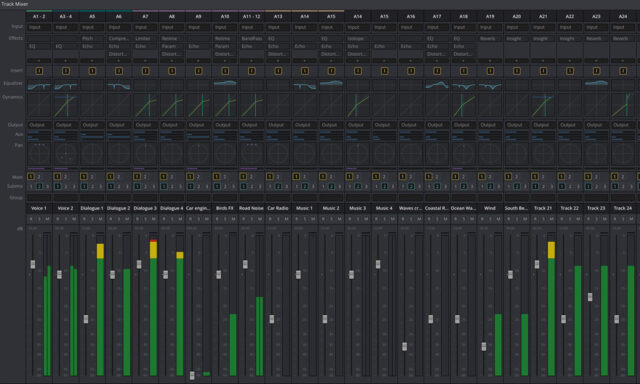 In order to improve the performance of the Fairlight tab, you might want to add a dedicated Fairlight Audio Accelerator card to your system. It will provide you with sub-millisecond latency on all 1,000 tracks, along with full real-time processing of EQ, expander/gate, compressor and limiter dynamics, and up to 6 real-time VST plug-ins per channel. If you choose to not get one of those cards, you still can add up to 60 tracks of audio to your project.

Resolve 14 also features a whole new set of collaborative features. Multiple members of your team can work together on one project at the same time, and can compare different timeline versions.

The heart of all this is the new project manager software which handles traffic and saves the changes from each user automatically. Once the system is set up multiple users can log in and start working. In terms of storage, you are free to use whatever suits your needs best – there is no limitation to certain storage systems.

The new collaboration tool within Resolve 14

Users can protect their work by locking a certain bin or timeline. In case another user needs access, there’s even a built-in chat system. That way, you don’t have to send emails back and forth with login details. The collaboration feature is bound to a single facility, though, and doesn’t work over the internet for now.

The whole playback engine in DaVinci Resolve 14 has received an overhaul. It features CPU and GPU optimization, fast 16-bit float playback, lower latency, faster UI refresh and support for Apple Metal. With all this, it should be easy to handle even very complex projects with ease, as long as you own a powerful computer with fast GPUs, of course. It’s still a very complex program in terms of system load, but version 14 has been designed to be much more easy on the system overall.

All in all, Blackmagic Design claims that the performance is up to 10x faster. JKL playback and scrubbing through footage should be way smoother than before.

It’s now possible to edit in fullscreen mode, too. Also, there is a new face recognition tool within the color tab of the program. With it you can easily track faces and enhance certain features like the eyes or the skin idividually. On top of that a lots of improvements have been implemented throughout the program. 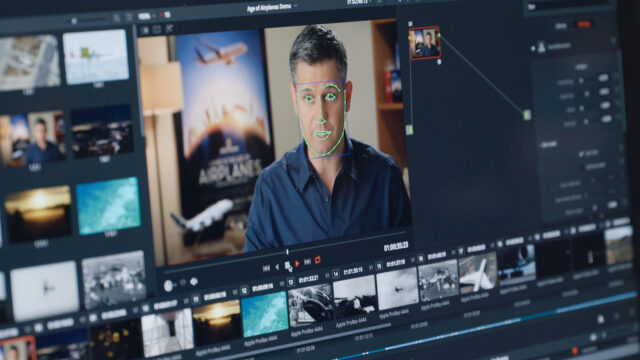 The new Resolve 14 will be available for Mac, Windows and Linux later this year, though there is already a public beta version available. The Studio version of this public beta is $299, while the regular version is free of charge. You can download the beta on the Blackmagic Design website.

EDIT: As Johnnie has mentioned in the video above, we’ve investigated the GH5 10-bit issue which occurs in the current 2017.1 Adobe Pemiere Pro update. As it turns out, the exact same issue occurs in Resolve 14, too (on a Mac at least). 4K 10-bit footage from the Panasonic GH5 will be imported as audio only tracks. The video side of things remains offline. Hopefully this issue will be resolved soon. 8-bit footage from the GH5 works just fine. I couldn’t try the 10-bit HD footage introduced with the recent firmware 1.1 update, yet. 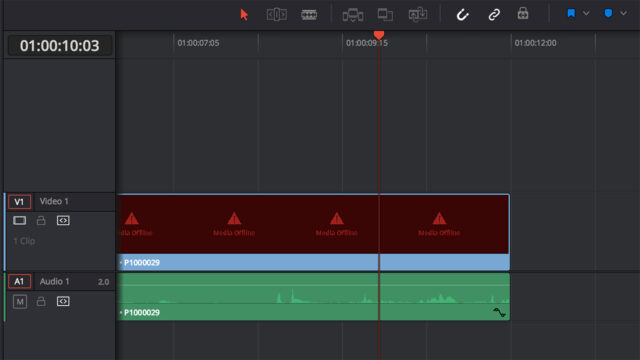 EDIT: The Studio version of Resolve 14 seems to be capable of handling these 10-bit files.