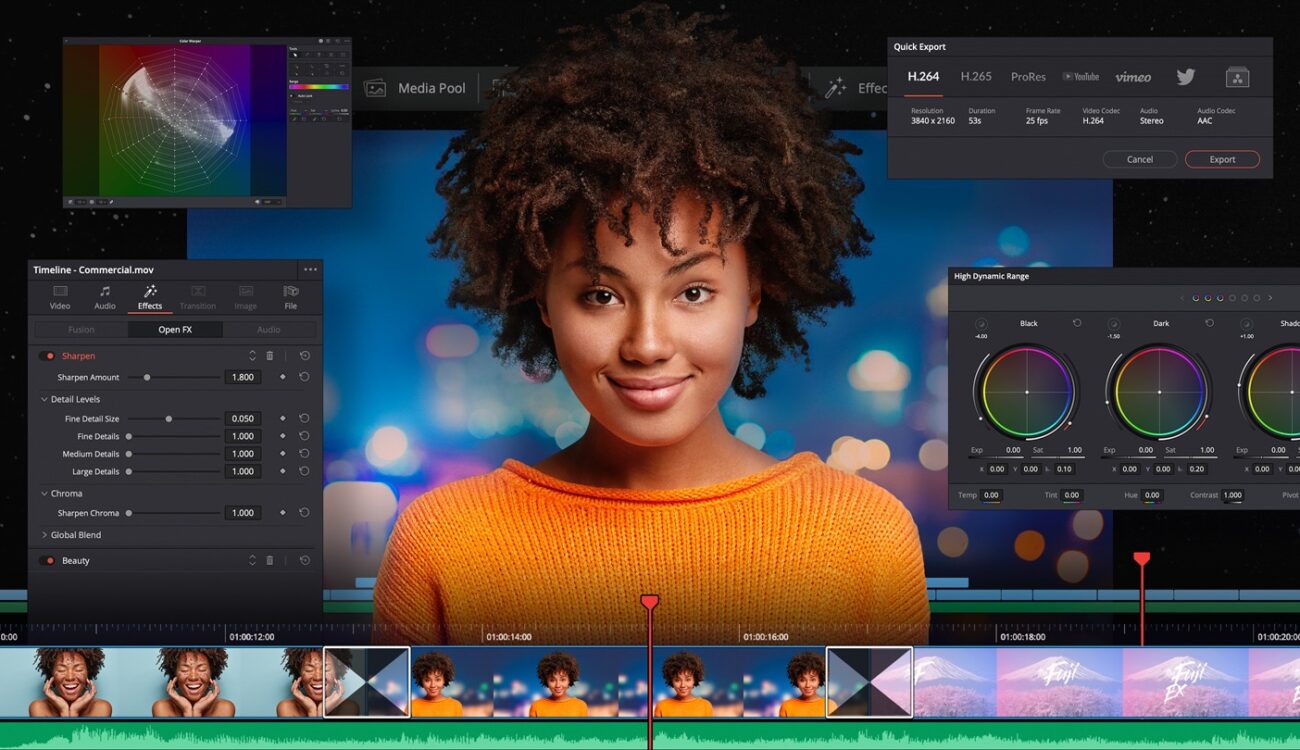 Almost two weeks ago, Blackmagic Design released the new version 17 of its NLE (non-linear editor) system DaVinci Resolve. Long gone are the days when DaVinci Resolve was only a capable color grading tool. I personally switched to Resolve for all my post-production work over a year ago already.

The new Resolve 17 includes over 300 new features and improvements including HDR grading tools, redesigned primary color controls, improved Fairlight audio engine, plus many other tools for editors including a redesigned inspector, new bin sorting and metadata clip views. For an overview of all the new functions in DaVinci Resolve 17, you can check our DaVinci Resolve 17 article. Recently, Blackmagic Design released Resolve 17.0 Public Beta 2 and 17.1 Beta 1. Let’s take a short look at what is new.

The first released version of DaVinci Resolve 17 on November 10 was the Public Beta 1. The newly released Public Beta 2 basically only fixes some bugs and brings some other improvements.

Here is a list of all the new Beta 2 changes:

Please keep in mind that Resolve 17.0 requires a database upgrade from DaVinci Resolve 16.2.7 and previous versions. Blackmagic Design strongly recommends that you back up your existing database (both DiskDB and PostgreSQL) and then restore that database for the upgrade before upgrading to the 17.0 release.

Recently, Apple announced the long-awaited transition from Intel CPUs to Apple’s own chips. The tech giant first introduced the new MacBooks and a Mac Mini with the new ARM-based M1 processors. The Resolve 17.1 Beta 1 brings optimization for the new Apple Silicon Macs.

The Resolve 17.1 Beta offers universal app support for M1 powered Macs to provide better performance on small laptops. According to Blackmagic Design, the unified memory architecture on M1 enables DaVinci Resolve 17.1 to leverage the power of CPU and GPU processing more effectively, avoiding the need for PCI Express transfers. The combination of M1, Metal processing, and Resolve 17.1 is supposed to offer up to 5 times better performance when compared to previous generation computers. Resolve 17.1 is also compatible with macOS Big Sur and is initially only available for Mac.

As always, the new updates are available free of charge. All new versions of DaVinci Resolve can be downloaded via Blackmagic Design Support Center.

Are you using Resolve 17 already? What do you think about the new version? Did you notice any weird behavior? Let us know in the comments section underneath the article.