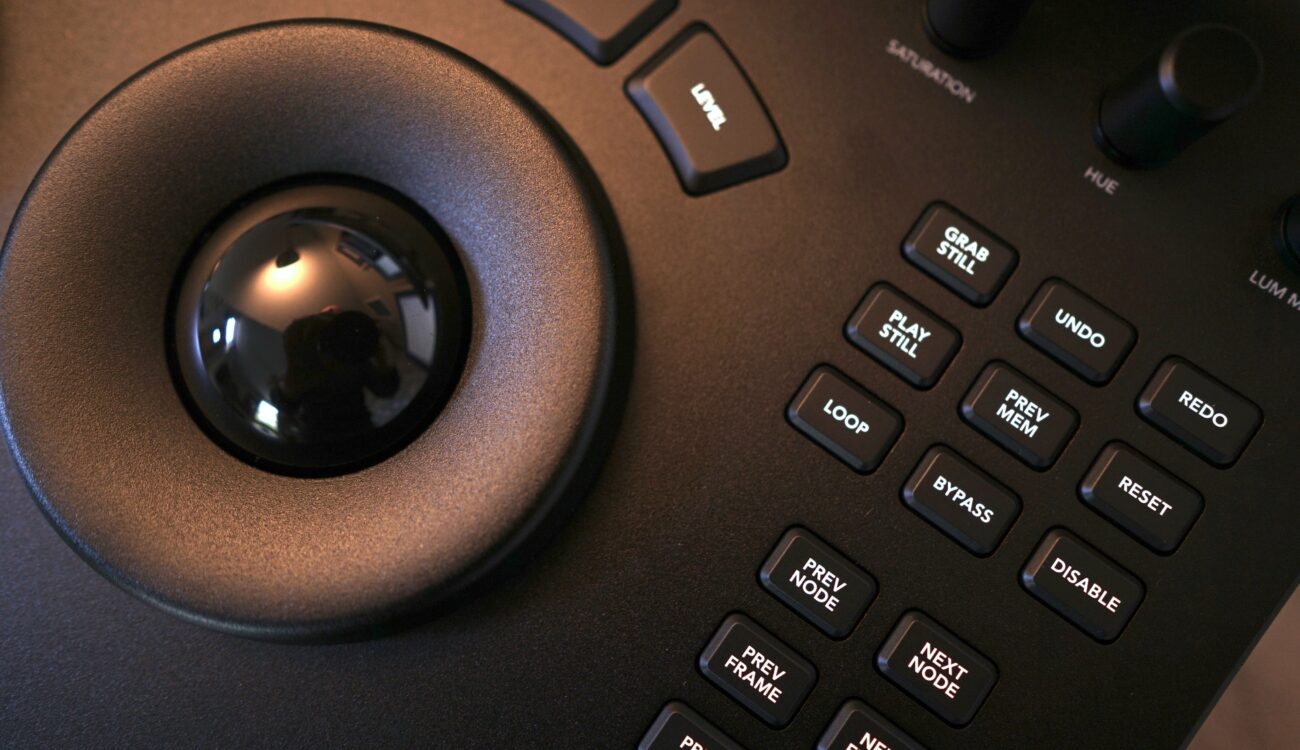 It is very seldom that I get the chance to grade using Blackmagic’s full size panel and, at £21k, it’s not exactly something the new breed of home studio colourists are queuing up to purchase. For many years there has been a dearth of options at the lower end of the market. The woefully-supported Avid Artist Color panel was one I used for a time but, more recently, it was Tangent’s ‘Element’ control surface that I, and scores of smaller post houses and freelance colourists, were using. 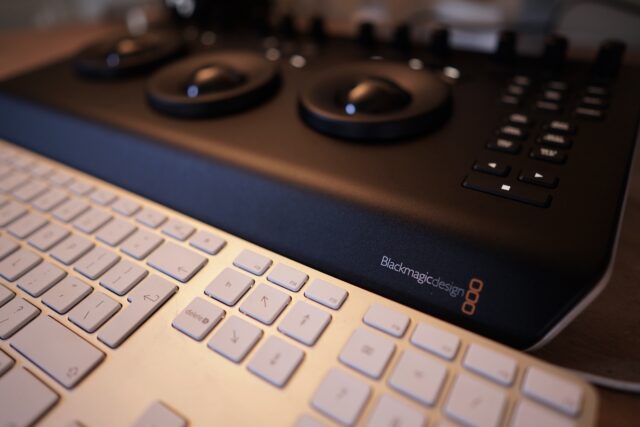 For Tangent, last week’s announcement must have come as a heavy blow. I never thought there was much wrong with Tangent’s products, but I can’t see anyone in the market for a control panel now choosing the Element over the Mini, and even the Micro gives it a good run for its money. The DaVinci Resolve Micro Panel retails for the same cost as just one part (the Tk balls and wheels) of the Element, or nearly a third of the full Element setup. It feels much more solidly built, has a more thoughtfully laid out design and works seamlessly with Resolve right out of the box, whereas Tangent’s panel requires users to install their TangentHub software. Blackmagic’s panel literally just plugs in using the included 2m-long USB-C to USB-A cable, and that’s it. 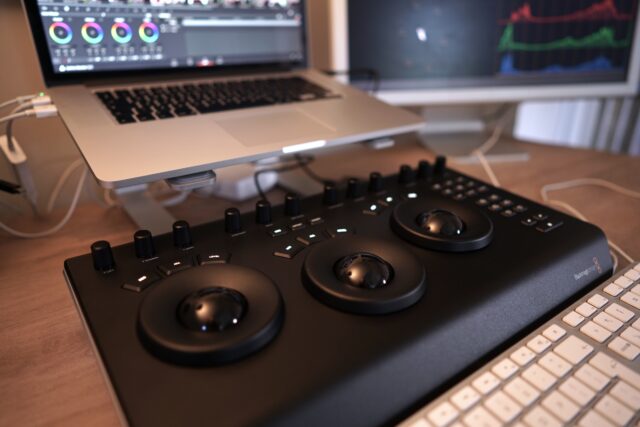 Now some people may argue that, via its Mapper utility software, the ability of the Element to have its soft keys re-mapped to various functions gives it an advantage over the Micro panel, but I disagree. I can see these smaller panels quickly becoming widely adopted in various levels of post-production studios – from home suites, like mine, to post-production houses, agencies and educational institutions too. That means that the muscle memory you’ll build up on your own panel will still apply if you find yourself grading somewhere else on another DaVinci Resolve Micro or Mini panel. Because the functions won’t have been re-mapped to someone else’s specific tastes, you’ll be on familiar ground, ready to work immediately. In fact the panel is so small, it really wouldn’t be an issue to carry it around with you to grade on-site with clients. Knowing you could simply plug it in to your client’s system and start working in Resolve immediately is hugely attractive. There are also a lot of studios where internet access isn’t allowed on workstations, so not needing to download software is a nice bonus. 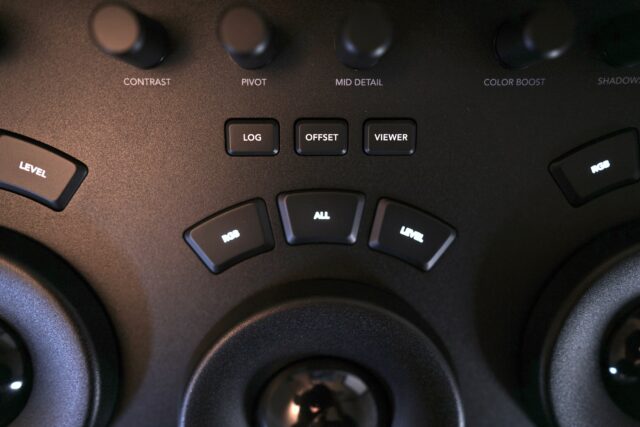 In use, this panel feels great. It’s solidly built and reassuringly heavy but, again, not so bulky you wouldn’t want to take it with you on site. There’s a lovely fluidity to the knobs, and the buttons offer a nice firm resistance as you depress them. There’s little chance you’ll accidentally reset a node or activate any of the buttons functions without intending to. I really like the easy to read, backlit buttons and their simple layout on the surface. Within minutes I was confident that I knew roughly where every function was and could grade faster than I would have been able to without it, and that really is the whole point with control surfaces. With regular use they will enable the operator to make both subtle and not so subtle changes at a pace that is unattainable with a mouse and keyboard alone. Of course, this only being the DaVinci Resolve Micro Panel, there are still functions you will need to reach for the keyboard to activate, particularly if you are editing in Resolve as well as grading. Thanks to the carefully considered size of the panel (it is exactly the same width as a full size Apple keyboard!) it fits snugly in-between my keyboard and Mac, allowing me to go back and forth with ease. 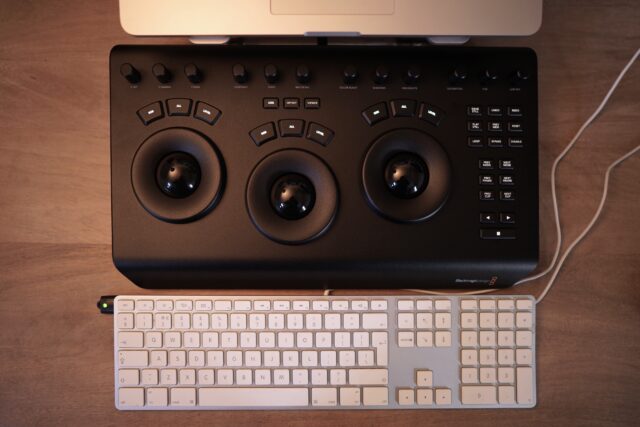 I’m really impressed with the panel so far. Though I’ve literally only played with it for a few hours, it already feels at home on my desk and, as I said earlier, operating it seems so instinctive that it feels like I’ve had it forever. At £800, I can imagine Blackmagic will sell a lot of these  DaVinci Resolve Micro Panels, but I’m also curious to check out the more expensive DaVinci Resolve Mini panel which, at £2500 is quite a big step up. I’m hoping to lay my hands on a Mini soon, to do a side by side comparison with my Micro. Until then, I’m off to grade my latest project with this little fella.