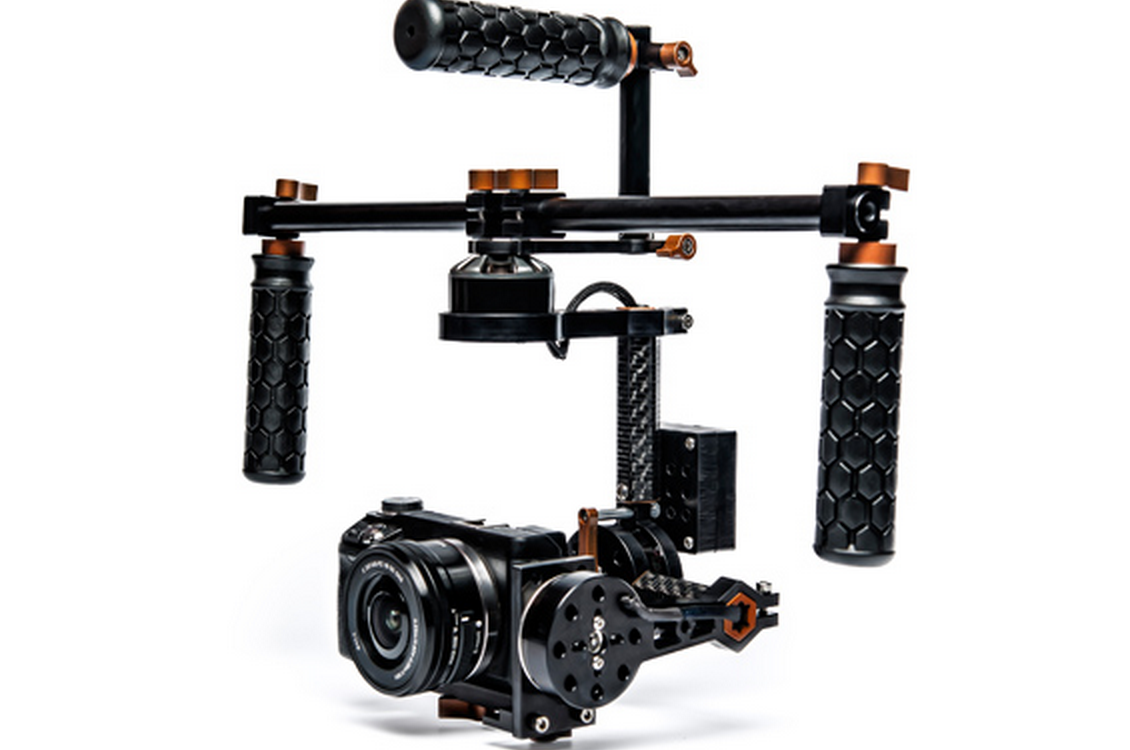 If you’ve been following the recent coverage for this device, you can see how much potential it offers. The DEFY G2 stabilizer is a 3-axis gimbal stabilizer, utilising the same technology as the Laforet endorsed MōVI stabilizer, and it’s now available for pre-order.

April was filled with excitement for this new breed of stabilizers. MōVI was branded the next ‘game changer’, with release of its M10, with later promise of a smaller M5 model. However both products are a fair way out of most filmmaker’s budget. NAB saw two new cheaper devices: the Bowens Limelite OmniRig, and the Relentless DEFY G2. The former is a similar concept but does not use the same 3-axis gimbal system as found in the MōVI and DEFY G2.

Test footage of the DEFY G2 has been trickling out, and is impressive. The exact weight restrictions of this rig have not been disclosed but instead Relentless lists compatible cameras; Black Magic Pocket Cinema, Sony Nex-5N, Sony Nex-6, Panasonic GH2, Panasonic GH3. Judging by the weight of these cameras, you could also add the Canon EOS M and Sony NEX-7. It would be handy to know the weight restriction, as you could then gauge what lenses are compatible with these cameras.

Demo Footage and Behind the Scenes: DEFY G2 from DEFY Gimbal on Vimeo.

Personally, what I’m missing is some ‘less safe’ test footage. It would be nice to see how this device holds up on longer focal lengths. This type of shooting is more difficult; longer focal lengths highlight camera shake, and it’s harder to maintain focus. It presents more advanced technique however, and escapes the generic look that a lot of stabilisers produce.

Relentless have mentioned two future products that will cater for larger cameras. The G5 and G10 are promised soon with support of cameras around DSLR size to EPIC size respectively.

An interesting point raised over on nofilmschool was how long it takes to set up these stabilisers. MōVI claim 30 minutes to correctly set up their device. A simpler design like the G2 maybe be able to shave a few minutes off that. It would be nice to see it in the realm of Glidecam setup time, which for the experience user can literally be a minute or two.

The DEFY G2 is made up of a combination of carbon fibre and high quality aluminium, bringing the device in at 2 pounds (for reference that’s 0.54 pounds lighter than a Glidecam HD2000). It costs $2,300 and can be pre-ordered via the DEFY gimbal website