The new Deity HD-TX allows you to transmit and record audio, as well as apply an analogue limiter to reduce the risk of data loss.

Adding to the existing line-up of wireless audio equipment, the Deity HD-TX has been introduced to combat the looming risk of loss of audio. The transmitter operates like a standard device, but when you insert an micro-SD card the device will record the native audio from the microphone before being sent to the receiver. 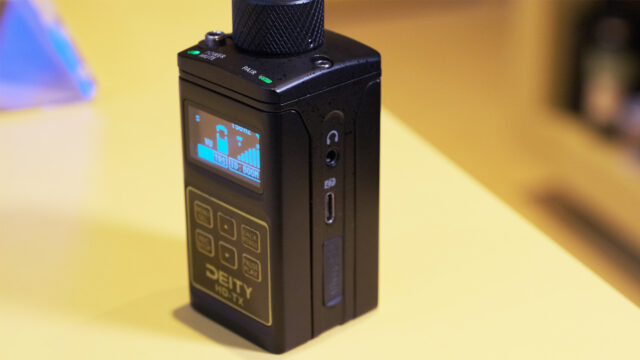 Record and Rescue Your Audio

In the event of a wireless audio failure, the audio file is still stored on the transmitter and is safe to use. Additionally, an analogue limiter is activated at 5.5dB to rescue any audio that may peak or distort.

The Deity HD-TX has one XLR connector to be used with handheld or boom mics mics, and one mono 3.5mm mini jack input to be used with lavalier microphones. Both can’t be used at the same time, but the device will prompt you to choose whether phantom power is required when connecting an XLR mic.

In regards to recording, the audio is recorded in 24-bit/48khz PZM lossless .wav format, ideal to take straight into the edit as and when required. The in built lithium battery (2600mA) can run for 10+ hours, even when using phantom power. 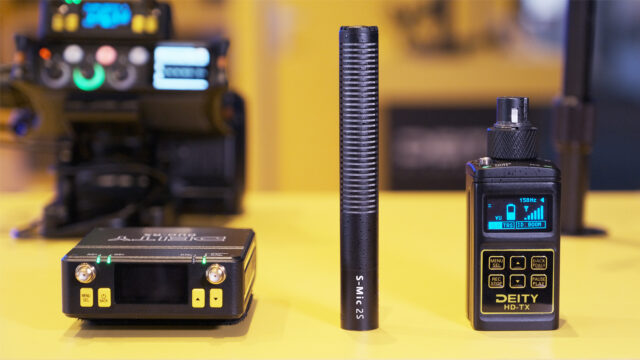 Built on the basis of the original S-Mic 2, the smaller S-Mic 2S is 12cm in length but features the same circuitry as its larger sibling. This can be used in a regular directional microphone setting; on a boom or directly onto the HD-TX.

The Deity S-Mic 2S and the HD-TX can be hooked up to the pre-existing Deity-Duo RX for a complete wireless audio solution.

The two products will be available to purchase individually, and part of wireless kits respectively. Deity are aiming to get the microphones on the market in a couple of months too.

Have you been in a situation where you needed pre-transmission recording? Would you find this kind of feature useful in other wireless microphone systems? Let us know in the comments.