DJI invited us to Monte Carlo for their big European introduction event of the Mavic Air, and it was my chance to shoot a Mavic Air hands-on video. Let’s see how it performed! 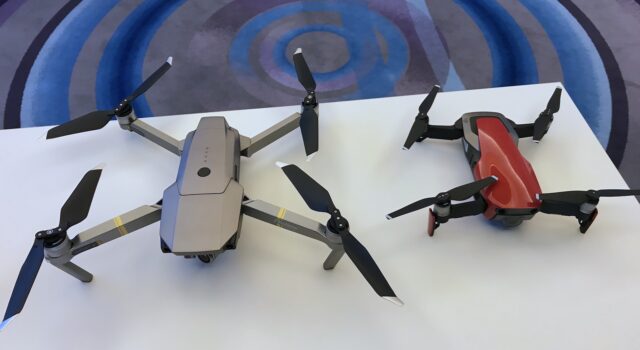 Mavic Pro vs. Mavic Air – you can see the significant difference in size!

We reported about the introduction of the Mavic Air last week. Just a day later, I was flown to Monaco with dozens (if not hundreds) of other bloggers, vloggers, influencers and some retailers, all of which were presented the new drone by a number of DJI representatives.

Their choice of location could not have been better during the miserable winter weather in the rest of Europe. The hotel they booked is located right by the sea and is a truly perfect spot for some spectacular aerial shots without having to fly far at all. 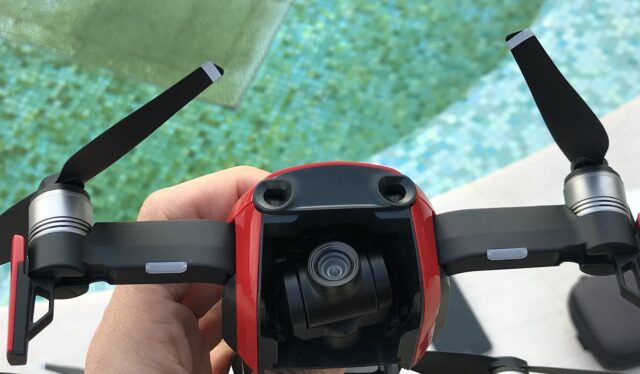 Huge amount of new and better sensors on the Mavic Air.

Their choice of the press audience clearly showed that they see the Mavic Air as their new premium consumer drone. However, due to the higher bitrate of 100 MBit (compared to the 60 MBit of the Mavic Pro), it ups the video quality of the new drone considerably. We also learned that upgrading the Mavic Pro will not be (technically) possible, which makes me wonder how the higher price can still be justified. (Yes, there are other features than the image quality, like for example longer battery running time and OcuSync transmission – however I consider image quality the most important factor among those three). 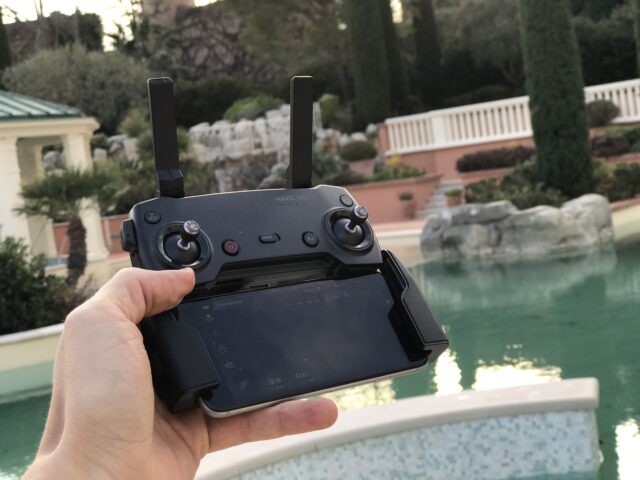 The controller got a facelift and looks similar to the one of the Spark.

The new QuickShot function Boomerang is surprisingly beautiful to reveal a location and will clearly find its way into many also professional productions. The “Asteroid” QuickShot is a fun gimmick for social media but will not be useful for professional productions. Smart Capture is fun for amateurs or hobbyists and now works really well, yet a use case for a pro filmmaker is not there. What’s impressive is the HDR capturing of images which delivers three exposures plus a pre-rendered HDR image. And last but not least also the sphere mode which generates a spherical image with 32 Megapixels by stitching together a lot of automatically taken photos – simply mind-boggling technology.

While I originally worried about a wider field-of-view of the Mavic Air compared to the Pro, it did not bother me at all when using the drone in Monaco. This is something that will have to be seen side-by-side because to me it didn’t feel like the difference between the two is significant at all (but it’s supposed to be 24mm equivalent on the Air and 35mm equiv. on the Pro, according to tech specs). 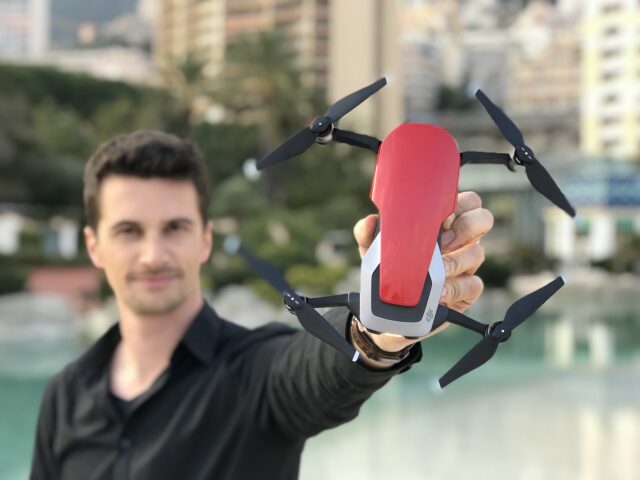 There will be a lot more to say about the Mavic Air once we can test and review it, but for now this video and my original post about the drone are quite comprehensive about my impressions. I predict that it’s going to effectively cannibalise their own Mavic Pro. I can see only a slim minority of people still being interested in this (slightly more expensive) drone now that a new quality and size King is out.

Soundtrack for the above video is taken from Art list. Music title: Theevs Music – Last Night

Full disclosure: I, together with other media representatives was a guest at DJI Mavic air launch event in Monaco. DJI paid transport and accommodation for that two-day roundtrip. There was no other payment involved whatsoever.

What are your first thoughts about the Mavic Air? Let us know in the comments below.