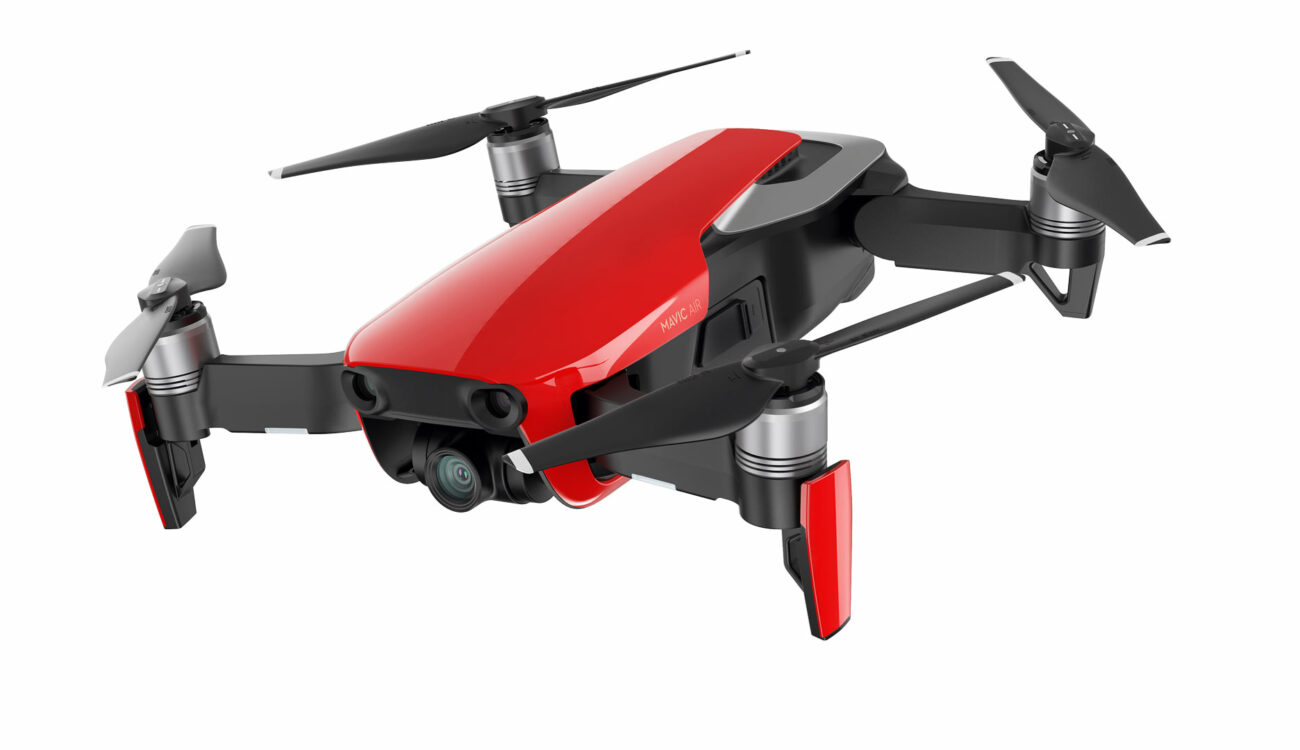 DJI just introduced the Mavic Air, a lighter, smaller and more affordable version of the Mavic Pro. It features the same foldable design as the original Mavic Pro and is supposed to have similar or even better picture quality. 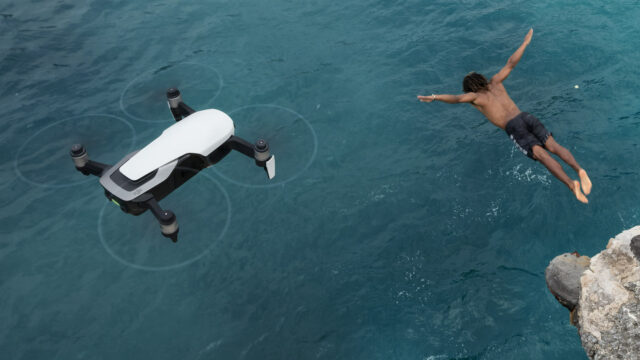 While we never engage in spreading leaks or rumors before official announcements, we are aware that numerous websites already posted leaked images of the Mavic Air over the last few days. People were not sure if the Mavic Air was going to be a successor to the Mavic Pro or not, but we have the answer: It’s going to exist peacefully next to its older brother. The Mavic Air is a new addition to what has now become the “Mavic family” of drones from DJI.

What’s great to see is that DJI is a company that doesn’t shy away from potentially cannibalizing its own products from time to time. They put new features into new drones and other products when they are available, but that can also mean that a less expensive, newer product like the Mavic Air can get some new features that their slightly more expensive, older product, the Mavic Pro is missing. While this might upset some Mavic Pro owners, I think it’s the right thing to do in order to stay very competitive in an industry that is as rapidly evolving as ours. 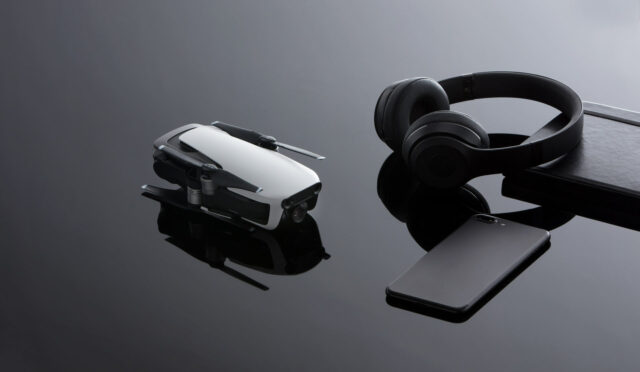 What are the similarities?

On surface, the DJI Mavic Air looks very similar to the original Mavic Pro with its foldable propellers and overall design. But if you look more closely, it’s smaller and has the size of a modern smartphone when folded.

And at 430g it’s about 300g lighter than the Mavic Pro. That’s almost half the weight! You can also see that the rotor arms aren’t as long as on the original Mavic Pro, which means that the overall size of the “active drone” should be considerably smaller in comparison as well. This means that we might get more of the maneuverability of the Spark with the the Mavic Air, while at the same time not sacrificing image quality (according to a DJI representative, the image quality of the Mavic Air should be on par with the Mavic Pro). 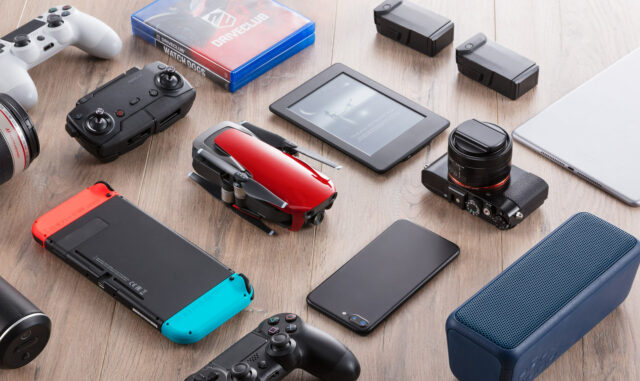 The slightly smaller battery on the Mavic Air sacrifices 6 minutes of flying time compared to the Mavic Pro – now you can fly approximately 21 minutes vs. the 27 minutes on the Mavic Pro. Not a big deal to be honest, I have found myself landing my Mavic Pro BEFORE the first battery is drained more often than not, because I had all the shots I needed already.

While in an amateur/hobbyist environment it might be fun to have such a wide field of view, I personally don’t really understand why anyone would want it in a drone for professional purposes. There is definitely something such as “too wide” for drone shots in my opinion, because of distortion and also the fact that it’s usually much harder to actually properly frame objects in drone shots so you can still discern them. On the other hand, a wider image gives you a better sense of parallax and foreground/background movement IF you can fly close to your foreground – which should be easier to do with a smaller drone. At least in theory.

The new three-axis gimbal allows stable enough flight to enable HDR recording in the camera which is going to be interesting to test as well. 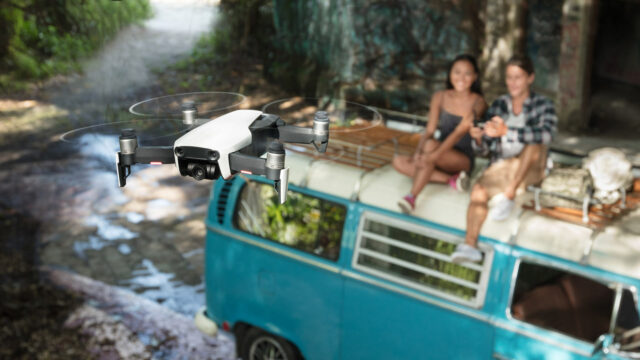 Now this is a surprise: DJI claims that the Mavic Air has the “highest quality video of any DJI consumer drone” (which probably doesn’t include the Phantom series), at 100 Mbps, while the Mavic Pro has a bitrate of 60 Mbps.

In my opinion this could be HUGE. The biggest problem I keep having with the Mavic Pro is that while the image is nice, it isn’t great. And that is mainly due to the compression. It doesn’t hold highlights well at all, and its log mode is rather unusable because of the extremely heavy compression.

And now: 100 Mbps is 40% more data for the same 4K image (with the same sensor, albeit wider lens), which could make a big difference.

Only way to really tell will be to test it. I will be flying to the European DJI press event in Monaco tomorrow and I will take the drone for a spin there to produce a little video about its capabilities. Stay tuned to cinema5D.com and particularly our YouTube channel (please subscribe if you haven’t yet) to see it as soon as possible! The DJI Mavic Air will be able to record 120fps at 1080p resolution for some proper slow motion. As far as I am aware, the Mavic Pro can only do 96fps at 1080p, and 120fps only at 720p. However, be aware that the downsampling of higher frame rates is not always beautiful in DJI’s products, but they have gotten better. This is another mode I will be testing at the DJI event in Monaco tomorrow.

Whether I like it or not, I have found myself starting my Mavic Pro forgetting to put a Micro SD card in first on more than one occasion. Well, it looks like DJI will come to my rescue with the Mavic Air: They decided to give the drone 8 GB of onboard storage for photos and videos (while keeping the micro SD card slot at the same time, thankfully). A newly-added USB-C port allows for offloading the onboard footage. A nice backup option also for less forgetful people than me.

With the new sphere panorama feature, the DJI Mavic Air can automatically shoot and stitch together 25 photos within one minute, resulting in a panoramic image consisting of a whopping 32 megapixels. Supported panorama modes are horizontal, 180 degree, and even vertical panoramas. See below for an example of such a 32 megapixel panorama, courtesy of DJI.

We have seen these introduced with the Mavic Pro already – intelligent modes that – for example – allow for some sophisticated shots that usually would require advance drone flying skills when operated manually (for example the circle mode, where the Mavic Pro would circle an object of interest while keeping it in shot). Now DJI added two new modes, Asteroid and Boomerang. DJI describes the modes like this, “Asteroid starts with a spherical image that zooms in as it descends toward the subject on the ground, while Boomerang circles the subject in an oval-shaped flight path with the video finishing at the start point.” Certainly another thing to try at their press event and later for the full review.

DJI claims that they have also improved the ActiveTrack mode, which can now automatically sense multiple subjects, while keeping your subject (and following it) with more precision than before.

Originally introduced with their lower-end Spark drone, the Mavic Air also supports the hand-gesture commands called “SmartCapture”. You can for example launch, follow, photograph, record, take a photo or pull and land the drone from any angle without using the remote controller. This is certainly not something you would use for professional recording but it’s a nice add-on. During his Spark review in Iceland, our colleague Tamás ran into considerable problems with this mode and wasn’t really happy with the results. Let’s hope it works better now.

DJI says that their sensor technology has advanced a lot, which results in better obstacle avoidance and terrain recognition than ever before. They also introduced some “Advanced Pilot Assistance Systems” that helps pilots to avoid and bypass obstacles automatically.

The Mavic Air Remote looks very similar to that of the Mavic Pro, with the omission of the LCD display of the slightly more expensive Mavic Pro. However it seems to feature the same functionality and reach, as well as the sport mode switch for super fast flying. The control sticks can now be detached and stored inside the remote controller itself to be even more portable. 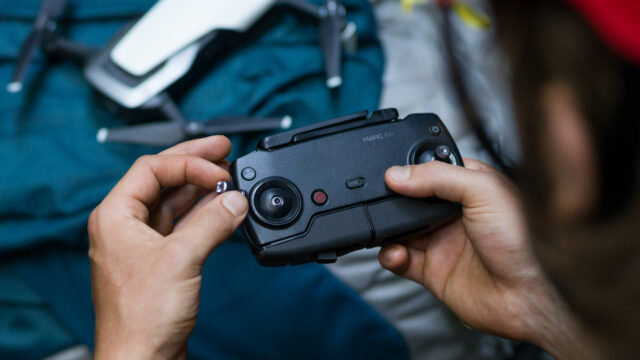 Catering to the consumer crowd, the Mavic Air comes in three different colors now – black, white and red (or in DJI PR speak: Onyx Black, Arctic White and Flame Red). So if you care about how sexy birds will find your drone, you are now free to choose between those three colors.

DJI will start shipping the Mavic Air on January 28th but preorders start today, and the suggested retail price for the drone including one battery, the controller, a carrying case and two pairs of propeller guards and four pairs of propellers, is going to be $799. Like with their Pro they will offer a “Fly More Combo” including three batteries one more pair of propellers, a battery to power bank adapter and a battery charging hub, for $999.

Recording of their announcement stream: