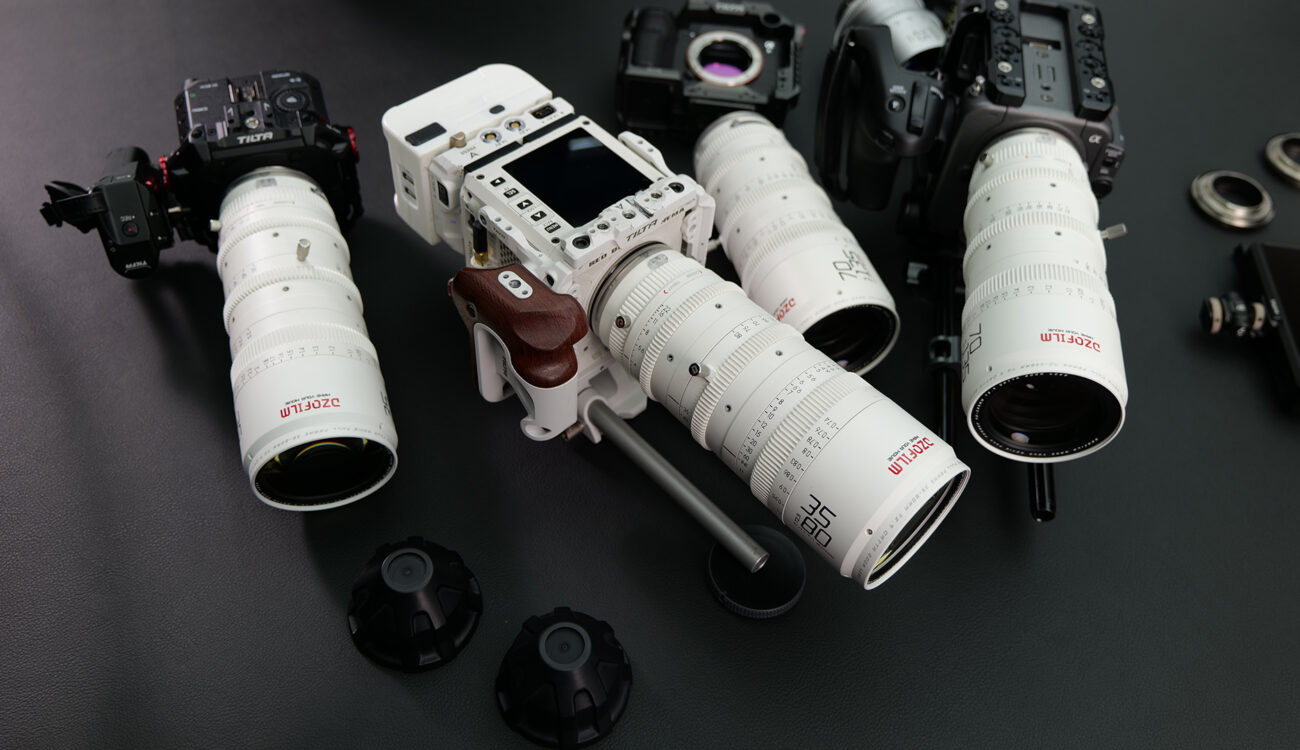 DZO Optics have been making optics for industrial use for quite some time. But it is only recently that the cinema market has learned their name. With the introduction of their initial zoom and full frame prime offerings, the DZOFILM segment of the larger optics company created affordable cinema lens options for filmmakers. This cinema line has now been expanded with the DZOFILM Catta lenses. A full frame zoom option that builds upon the success of their Super35 line.

DZOFilm announced themselves to the cinema world with their VESPID primes and PICTOR zooms. While the prime lenses covered full frame, their zoom options only covered MFT and Super35. Until now, that is. The DZOFilm Catta lenses are the new addition to the family and claim to offer the same parfocal attributes of their older brothers. But with full frame coverage. The Shenzhen company has impressed many creators in the social media sphere. While the hope is that the Catta line will do the same, we’ll have to see if the proof is in the pudding. Let’s dive in and see what the new kid on the block has in store for filmmakers.

Zoom Me Up, Scotty

The PICTOR zooms in DZO’s lineup offered a great value for creatives. At just over $5,000 for both lenses, the parfocal set covered everything from 20mm to 125mm at a nice T2.8. But it’s beginning to look like the Catta line will be offering a lot more under the hood than its older brother.

The DZOFilm Catta full frame zooms will be offered in 35-80mm and 70-135mm. Both lenses will be T2.9 and are said to offer the same parfocal characteristics as the PICTOR line. But DZOFilm didn’t stop there with their updates. Both lenses are just a smidge lighter. Keeping the weight at 1.53kg for the wide range, and 1.6kg for the telephoto range. Each lens has a 16 blade aperture, a 77mm filter thread, and a close focus distance of .74m and .76m respectively. There’s also a 240° focus throw and a 100° rotation for both lenses. DZOFilm also claims to have improved the lens breathing with their new zooms. Giving filmmakers obsessed with rack focusing more opportunities for capturing subjects near and far. Take a look:

But wait. There’s more! The Catta line is also equipped with a plug-in rear filter. This will allow users to compliment their 77mm filters with additional NDs, UV, streak, and mist filters. Unfortunately, there is no news yet on exactly how these rear filters will be offered.

A boon to filmmakers who switch camera bodies like they switch their underwear, the Catta zooms will have interchangeable lens mounts. While both lenses are original sold in E mount, DZOFilm will be expanding the mount range with RF, L, Z, and X mount. The new lenses are equipped with a quick-release mount system to easily switch between these mounts. Adding not only versatility, but efficiency to your workflow. How this will affect backfocus remains to be seen.

Do You Need It?

You should at least give it some serious consideration. DZOFilm’s PICTOR zooms were a hit and shooters looking for a full-frame option would be remise to not consider the Catta line. Especially if productions have different camera bodies. The DZOFilm Catta lenses will likely be a strong contender in such a saturated market. However, it remains to be seen how they will perform out in the wild.

If you do end up ordering these lenses, please consider using our affiliate links at it helps CineD keep the lights on!

What do you think of this new offering from DZOFilm? Would you want this lens kit on your production? Let us know in the comments!