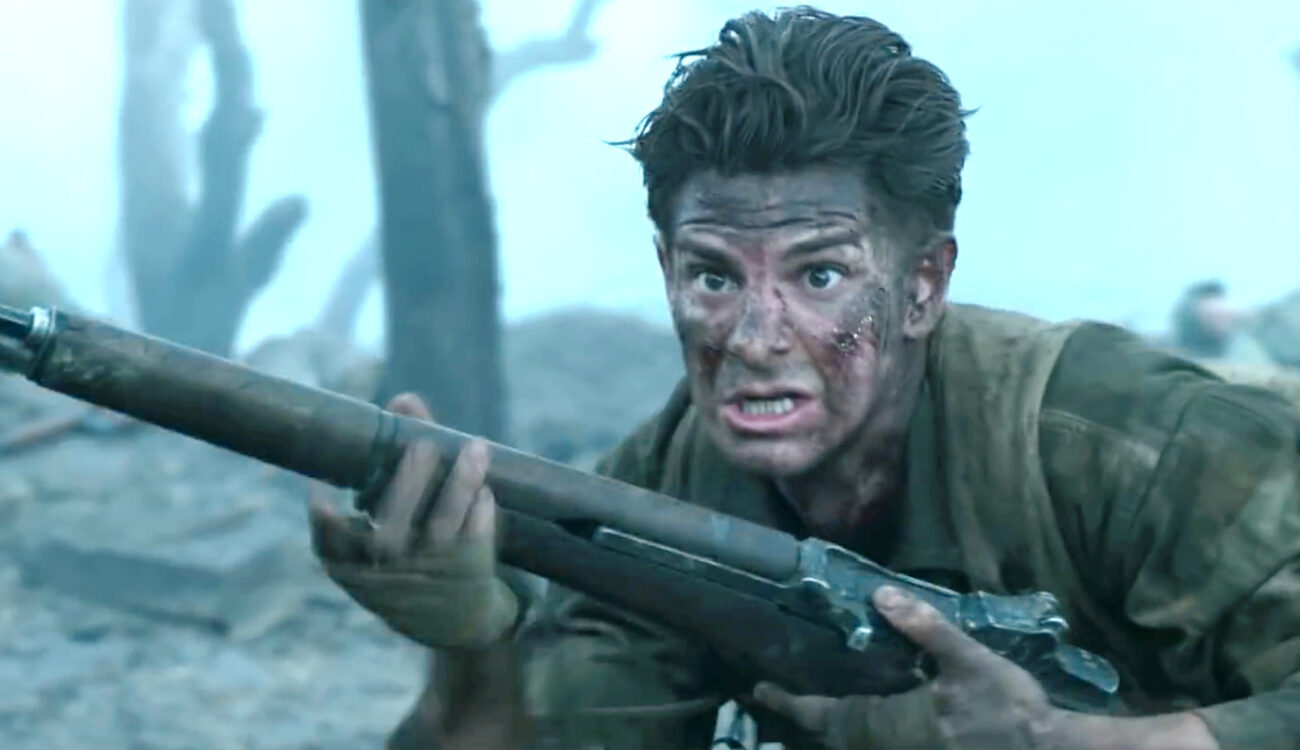 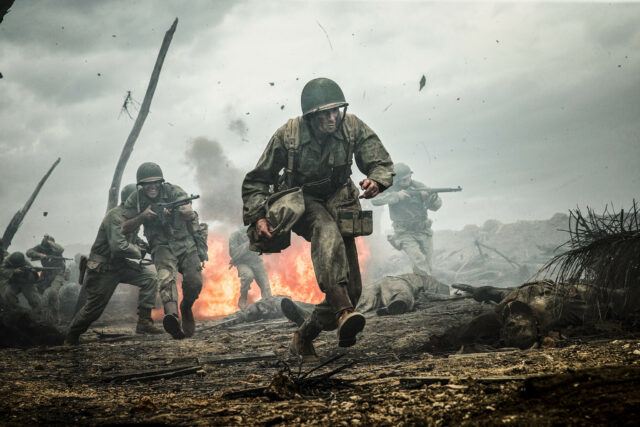 David Permut has had a long career spanning films such as Face Off and Dragnet, but it may be his current picture, Hacksaw Ridge, that’s had the best critical reception to date. Hacksaw Ridge, directed by Mel Gibson in his first film since 2006’s Apocalypto, follows WWII Army Medic Desmond T. Doss during the Battle of Okinawa. He is later awarded the Medal of Honor without having fired a shot. The movie is a harrowing war story, shot brilliantly by Simon Duggan (The Great Gatsby) with a final act that never lets up and drives all the way into the credits.

David Permut’s film, The Polka King, starring Jack Black, is also played at the Sundance Film Festival, where I caught up to David in between showings on a Sundance Shuttle. As I mentioned in a previous article, these kinds of things happen all the time. Earlier that same day, at 5am, he had been nominated for an Oscar for Hacksaw Ride.  The following was our discussion between stops as we both headed to different film screenings:

cinema5D: How did Hacksaw Ridge get made?

David Permut: So, I’m on the set of a movie shooting for Disney and Touchstone, and my stunt coordinator comes up to me and says he knows a man by the name of Greg Crosby, who happens to be Bing Crosby‘s son. Greg knows an 80-year old man named Desmond Doss living in Chattanooga, Tennessee that happened to have won the Medal of Honor. He tells me the story. What I found out was that Desmond is a very humble and modest man, so before I ever made contact with him, it turns out Daryl F. Zanuck had already beaten me there before I was even born. Desmond had had Hollywood at his doorstep, but he was a humble and modest man that felt uncomfortable translating his story into a movie.

So 16 years ago, I meet with Desmond Doss; our paths crossed. He was very respectful, but still had not changed his attitude towards Hollywood.

cinema5D: He changed his mind though…

He ultimately decided to leave it up to the church – the Seventh Day Adventist Church – to decide, but we could not give them creative control. We were investing millions on the movie and that was the big issue… They wanted to maintain the legacy of a very coveted member of their church: Desmond Doss.

cinema5D: How did you convince the Church to give up creative control?

David Permut: Terry Benedict (another producer on Hacksaw Ridge) had a relationship with Desmond and was also a member of the Church, so Terry wound up becoming the key to the door. Terry ended up writing the first draft of the script, getting over the hurdle of trust with a Hollywood producer, and we financed the initial draft. He did a good job, but we ultimately brought in Robert Schenkkan. He wrote The Pacific, and we developed the film together. It was a long 16-year endeavour to get it made.

cinema5D: Did the initial funding come in quickly after Robert Schenkkan’s script?

Bill Mechanic and I developed the script, and there is a long history behind it, but after many, many years and a lot of financing and money invested in development, the company that we’re in business with wanted to do it as a PG-13 movie.

Right. So, we went on the hunt to make it somewhere else with our script and that’s when we crossed paths with Mel (Gibson). This was about three years ago. He (Mel Gibson) committed to the movie, and we wound up financing it independently.

cinema5D: You worked outside the studio system?

Yes. It was not a studio movie. We shot in Australia. There is a 40% rebate, very favorable.  So, we put hundreds and hundreds of people to work and in return for that, we had a great tax incentive.

cinema5D: Could you have made the film without the incentive?

No. It is what allowed the film to get made independently because it’s a big movie with a substantial budget. So, in a nutshell, that’s the 16-year journey encapsulated on a bus ride.

cinema5D: What was the kernel that drew you to the story? The fact that he was a pacifist?

David Permut: That was it right there. How do you tell a war movie better than the great war movies of the past? Patterned after Saving Private Ryan, you know, but where the protagonist doesn’t fire a shot.

When I heard the story that he wouldn’t touch a gun and stood by his convictions, and that he saved the very man who beat the crap out of him and became a hero, that he saved 75 men on the front lines with medical equipment and no weaponry, and that he never fired a bullet… that to me was a unique perspective in a war movie, and nobody could have done it better than Mel.

cinema5D: Thanks, David. Enjoy the rest of Sundance.