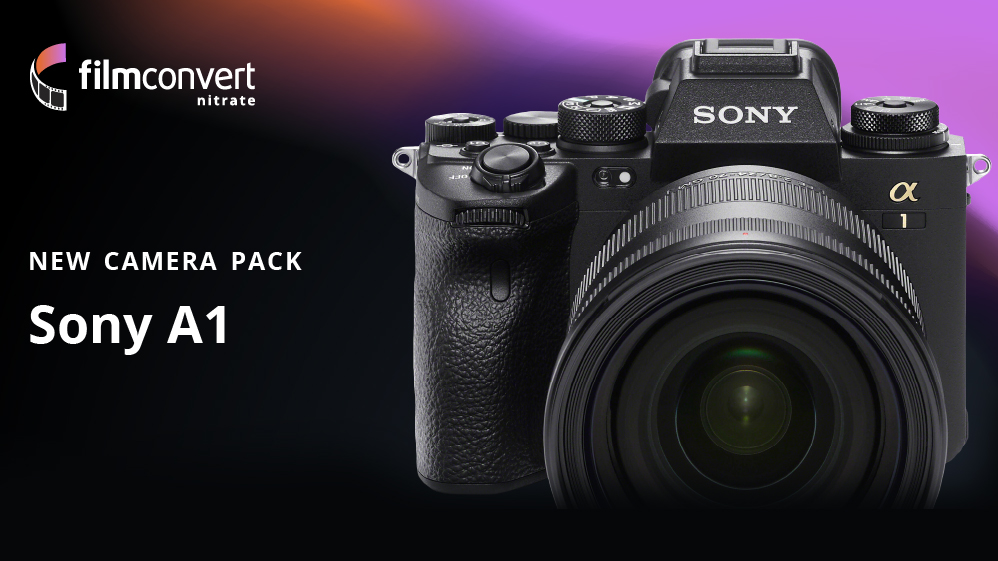 Color grading has never been as easily accessible to the everyday creator as it is today. While DaVinci Resolve has single-handedly revolutionized the concept for filmmakers outside of Hollywood, third-party vendors have pushed the boundaries of what is possible. One such vendor has expanded these color grading tools with its plugin. FilmConvert continues to support their product with the release of the FilmConvert Sony a1 camera pack!

FilmConvert, a film emulation software, allows users to color match their footage to a myriad of film stocks and add in film grain to taste. While LUTs are available from different companies and individuals to emulate film, FilmConvert functions on a different concept. As a plugin, it gives users a wider range of options to tune the look they are trying to emulate. By using dedicated camera packs, FilmConvert claims to offer increased color accuracy of the film profile users are trying to match. We also recently covered their competitor Dehancer in a previous article.

New camera packs are constantly released and there is already support for a wide range of cameras. The most recent update is the FilmConvert Sony a1 camera pack. Check our Sony A1 review here and our camera lab test here. Sony’s offering delivers 8K (7680 by 4320 pixels) at up to 30p. It also has the capability to shoot 4:2:2 10-bit in 4K, or 16-bit RAW to an external recorder via HDMI. Here’s a handy list of all the camera brands FilmConvert currently supports:

We’ve refrained from listing every camera as the list would run a mile long. See the whole list here. If your camera isn’t supported, FilmConvert still suggests using their software to experiment. Especially if you have a camera from a manufacturer they support. FilmConvert also consistently adds new camera packs, so yours might pop up on the list eventually. Both motion picture and photography film stocks are available from FilmConvert. Both in Kodak and FUJIFILM flavors, as well as ILFORD and classic Polaroid.

As always with FilmConvert, this camera profile is available to download for free, but you need to have licensed the software to use it, of course. Yet you can try FilmConvert Nitrate and CineMatch for free, and you can even get a 10% discount on purchases from FilmConvert using this link.

What do you think of FilmConvert? Is it something you use to color grade? Is there a camera you’d love to see them support? Let us know in the comments!