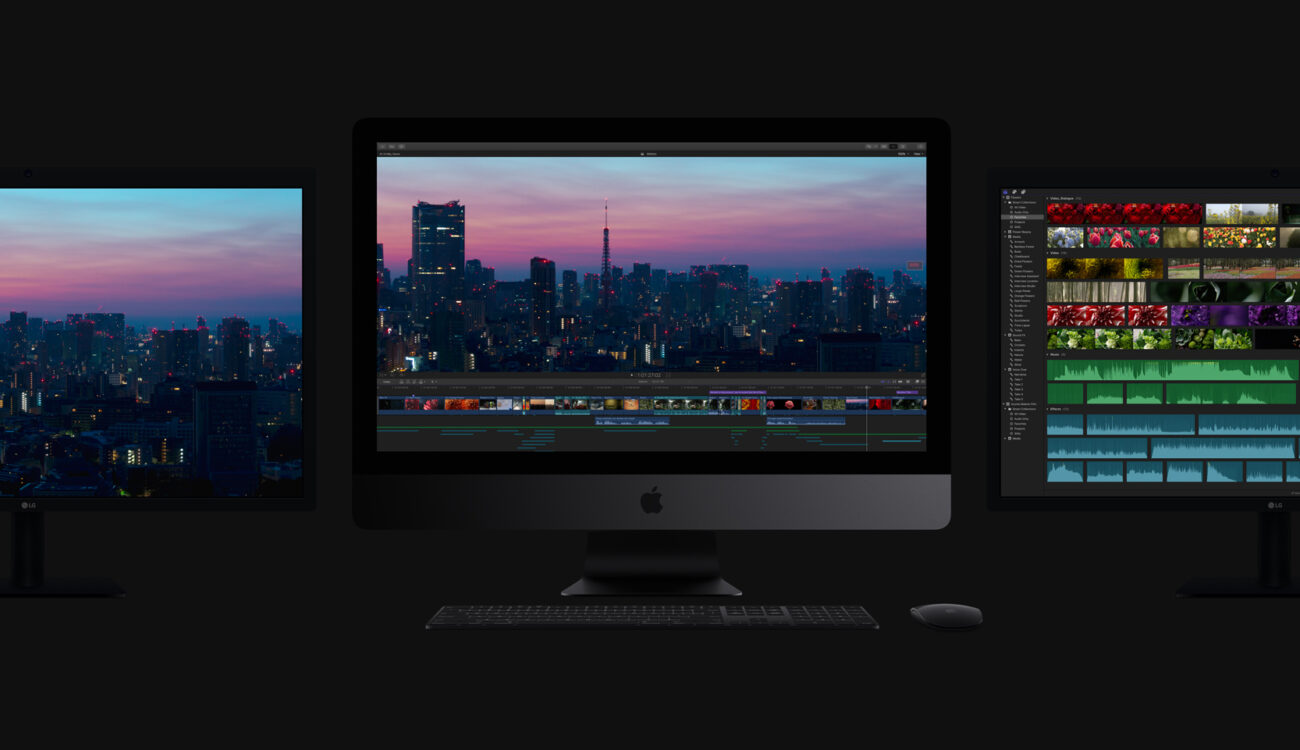 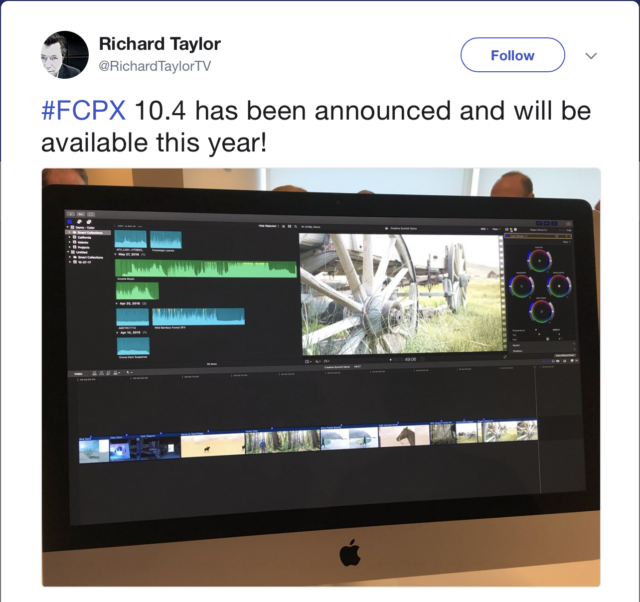 When Apple has previously shown pre-release software to invited guests, it was always behind closed doors and subject to participants signing NDAs. Apple publicly pre-announced the iMac Pro earlier this year, with a vow to open up a bit more when it came to its professional offerings, and this very public display of an un-released version of Final Cut Pro 10.4 is a welcome validation of this new strategy.

Final Cut Pro X users may well be familiar with proponents Alex Gollner, Chris Fenwick, Richard Taylor and Peter Wiggins, amongst others. It was these people who took to Twitter to share the news about Final Cut Pro 10.4 and the features coming later this year. 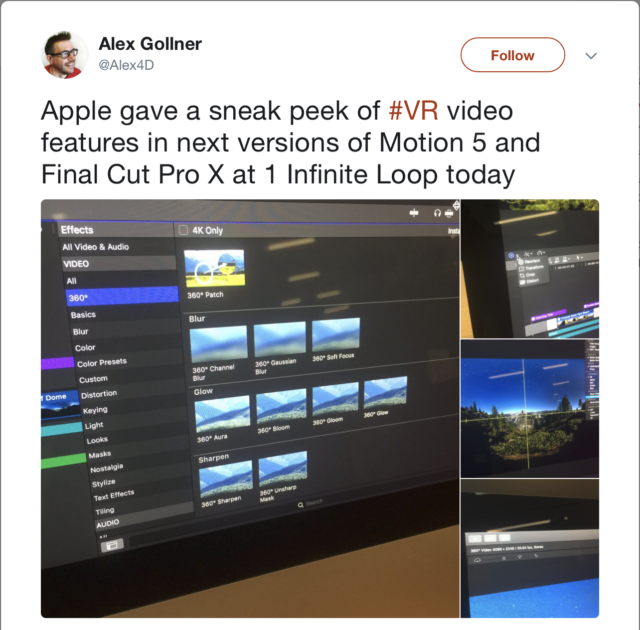 New features in Final Cut Pro 10.4 are said to include: 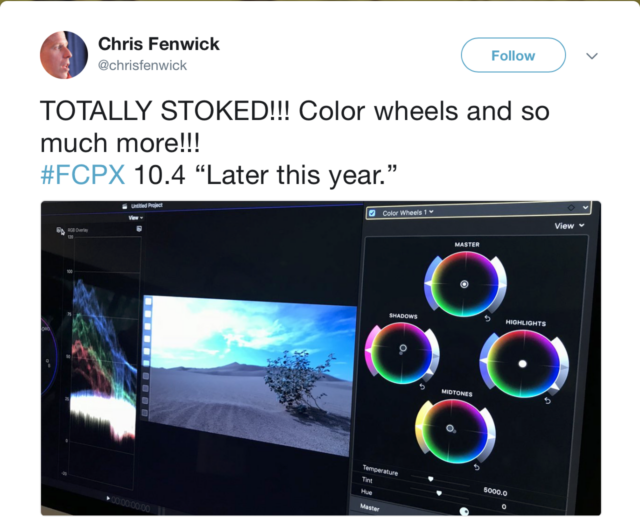 I know a lot of people couldn’t tolerate the colour board in FCP X. I can understand why Apple came up with the colour board, as it made better use of the limited space in the Inspector, providing four controls on one board, rather than four separate wheels. It also meant people who didn’t know about complimentary colours neutralising each other could still easily remove colour casts. But there is no doubt that more control was necessary and several popular third-party colour grading plugins came to exist because of this. 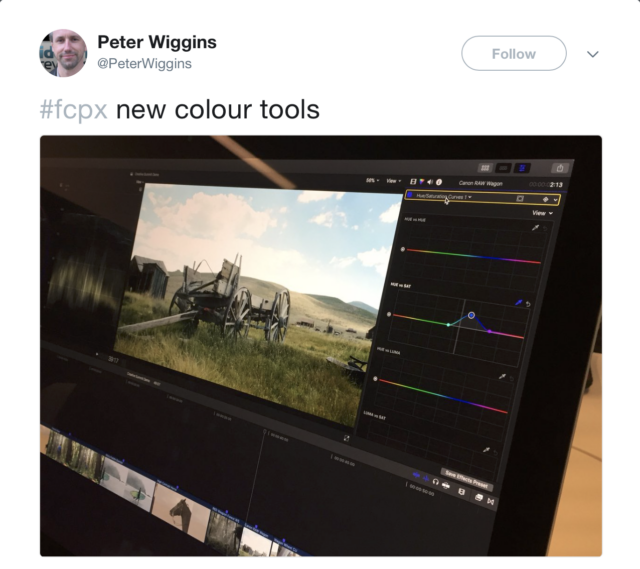 As a professional colourist, these new colour tools are hardly going to make me stop using DaVinci Resolve, but there are plenty of times when smaller jobs come through our production company that don’t have any budget allocated for colour grading but do need a basic primary balance. With the new Hue vs Hue and Hue vs Sat controls, we will now be able to perform proper balances using X-Rite Colorchecker Video charts inside Final Cut Pro X, which will save us time. 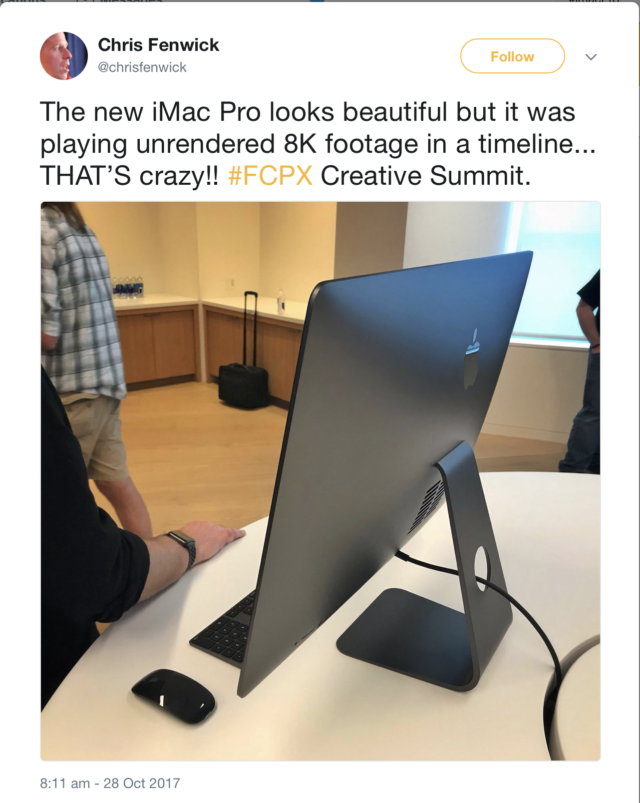 The other big news here is that these Final Cut Pro 10.4 demos were performed on the new iMac Pro due for release before Christmas. According to those present, Apple demoed 8K ProRes 4444 and Raw 4K R3D media playing back in real time, un-rendered. There is a lot of excitement about the capabilities of this new iMac, so these reports will no doubt stoke the fires of anticipation even further.

Are you planning on purchasing the iMac Pro when it is launched? Will you be installing Final Cut Pro 10.4 on it when you do? Let us know your thoughts in the comments below.