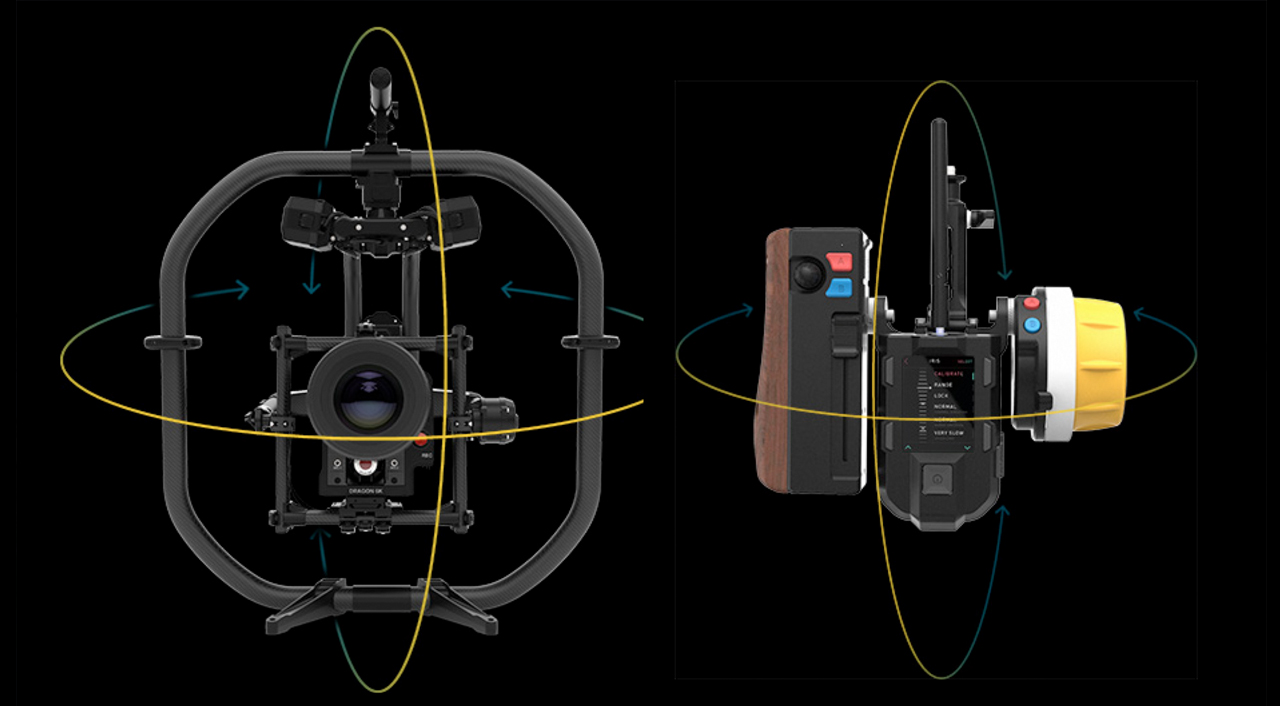 The Freefly Pilot system is now shipping. Announced at NAB back in May, Pilot is a new handheld controller with FIZ capabilities and MIMIC integration for gesture control with your MōVI, all up to 600 feet away. 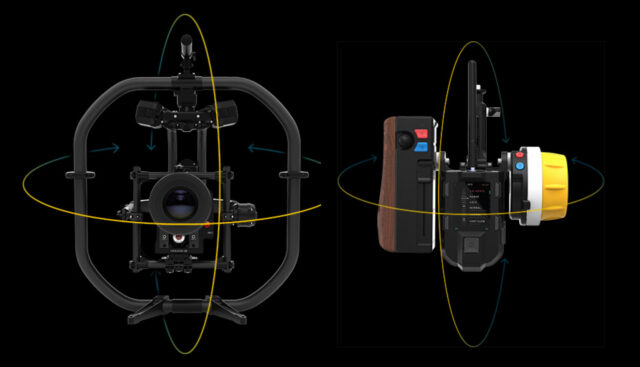 The Freefly Pilot is a compact and modular remote device for your MōVI setup compromising of three controllers detachable via rosette joints.

Those familiar with the ARRI WCU-4 will feel right at home with the Pilot – a focus wheel, joystick and slider can control Focus, Iris and Zoom simultaneously.

Additionally, the Pilot integrates with the MIMIC system, so you can organically control the orientation of the gimbal as well by just rotating the controller.

The physical controls also double up as primary and secondary actions for each axis, as illustrated in the table below. 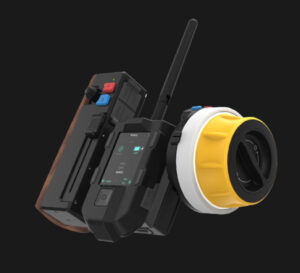 Freefly Pilot offers camera controls across a variety of systems, most comprehensively with RED systems via RCP for complete control, while offering start and stop controls for ARRI, Canon, Sony and Blackmagic systems.

The aforementioned 3-piece design makes the Pilot pretty modular in design: combine all three for a compact controller or span it over a handle bar with integrated monitor. The choice is yours.

Most importantly for some, the joystick grip is customizable. I’m a fan of the walnut wood grip, but you can switch out to black, yellow, blue… Heck, you can even 3D print your own.

As well as splitting the system for more flexibility in ergonomics, you can also separate them completely to split the workload over more people. You can control the whole lot on your own, or hand focus off to a puller and iris to DIT, for example.

“Pilot gives the ability to define and assign specific controls to separate and independent units. You can give Iris control to one person, while retaining focus and zoom on a separate unit. Each unit has its own internal battery and communicates wirelessly to the MōVI from 600+ feet.” 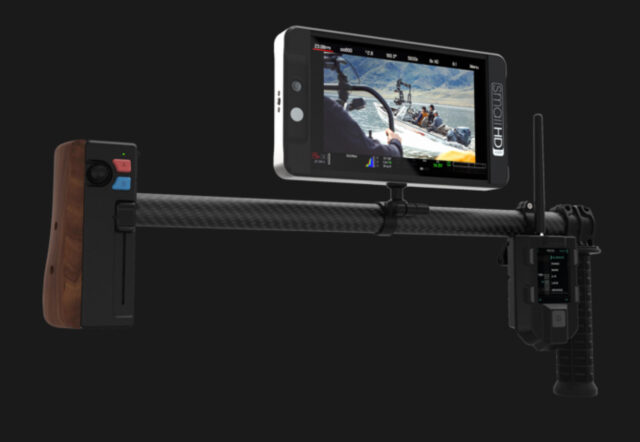 When combined, the MōVI Pro and Pilot make up a very sleek and concise setup. Direct integration with the gimbal means the only other necessary addition is the motors for FIZ. This saves on cable runs and the added weight of the dedicated brain unit found on third-party systems.

Will you be adding the Freefly Pilot to your MōVI system? Let us know in the comments below!