NAB 2017 was abuzz with the sound of Freefly: adding to their big MōVI XL release, they have also announced the MōVI Carbon gimbal and Pilot controller. 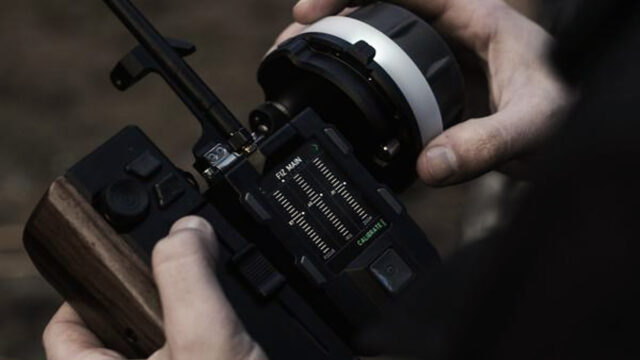 If you’re a fan of the MIMIC, you should be pretty jazzed about the MōVI Pilot. With remote control over the 3 axes of focus, iris, and zoom, the Pilot gives an AC or an operator a pumped follow focus that fully integrates with MōVI Pro. The Pilot features adjustable focus knob damping and a 2-axis joystick that can be set to control focal length, gimbal, pointing, or just about anything you want at the tip of your thumb.

Freefly promises a price point under $5,000, and if you want, you can reserve one before you even know what you’re spending. If you’re a part of a team that leans on a MōVI gimbal, this seems like a smart purchase to fully take advantage of what your rig can do.

You know that with a name like Carbon, this one’s going to be three things: lightweight, tough, and pricey. Don’t worry though, Freefly promises that you won’t be spending more than 30K on this beauty. The MōVI Carbon has not 3, not 4, but 5 axes from which to stabilize. It can go from your mere mortal hands, to soaring the skies when mounted to a drone. If you’re a fan of the a7s II, you’ll be delighted to hear that there is one built right into the MōVI Carbon, paired with a Sony 24-240mm lens.

If you’re thinking there’s no way it can be stable at 240 mm, there are 2 inner axes that hope to prove you wrong. There are still more specs to come, but from the video, you can see that they really have “miniaturized and optimized to get into the world’s most interesting places”.

If you’re a person who wants to put an a7S II on a drone and shoot 240mm at breakneck speeds, then this could be your dream come true. In my opinion, though, someone who has $30,000 to spend on a gimbal wouldn’t necessarily choose the Sony a7S II. On the flip side, the kind of operator who loves the a7S II probably wouldn’t want to purchase one that they can’t remove from this apparatus. While this benchmarks an exciting 5-axis achievement, it seems impractical for an indie filmmaker who could spend $2,600 on the Sony a7S II, drop a grand on the lens, grab a DJI Ronin M for $1000 and a DJI Phantom 4 Pro for $1500, and come away under $10,000.

However, this gimbal does seem ideal for a rental house as long as the day rate is under $500. This could also be appealing to a production on the road for an extended period looking to save money and spare weight while hopping from location to location. The most exciting takeaway for me is one little line in the voiceover: this is the FIRST in a line of 5-axis gimbals, which seems to mean there are exciting new rigs on the horizon.

What do you think? Will the Pilot or the Carbon make it into your world? Comment below!