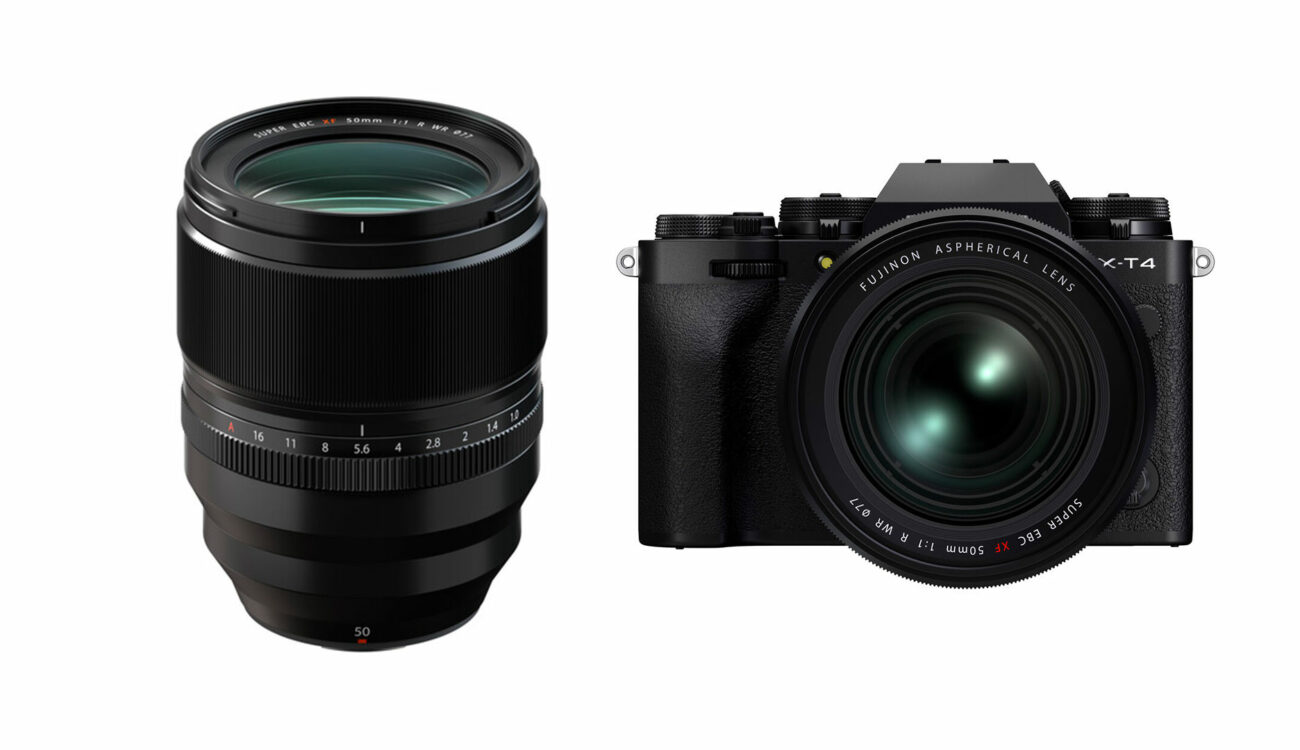 FUJIFILM announced a new lens for X-Mount cameras: the FUJIFILM XF 50mm F/1.0 R WR. This lens, also called “the one” by FUJIFILM, is the fastest lens ever made by the company. Also, it’s the first F/1.0 lens for mirrorless cameras that feature autofocus capabilities. Let’s take a closer look at it!

This low-light monster prime lens is compatible with every APS-C-format FUJIFILM X-mount mirrorless camera. With a maximum aperture of F/1.0, this 50mm F/1.0 is equivalent to a 76mm (35mm film format equivalent) and allows you to get extremely shallow depth of field. If you’re shooting portraits at the maximum aperture, you better not miss the focus on the eyes (or the eye, as the other one can already be out of focus depending on your shot).

The XF 50mm F/1.0 R WR can utilize the Face/Eye AF function of FUJIFILM’s X Series cameras such as the XT-4 or X-H1, for example. For filmmakers, in manual mode, the manual focus ring provides 120 degrees of rotation.

The lens is weather-resistant and incorporates 11 distinct seals. All the sealings should prevent dust and moisture from entering the lens even under harsh shooting conditions. If you want to attach a filter in front of the lens, the front filter diameter is 77mm.

The lens design consists of twelve elements, including one aspherical element and two ED elements, in nine groups. A Super EBC coating is applied to all individual elements to reduce lens flare and ghosting. Finally, a rounded nine-blade diaphragm should provide a nice-looking bokeh.

What do you think about this new FUJIFILM prime lens? Are you using the F/2.0 version already? Do you think this lens would be a useful addition to your kit? Don’t hesitate to let us know in the comments below!