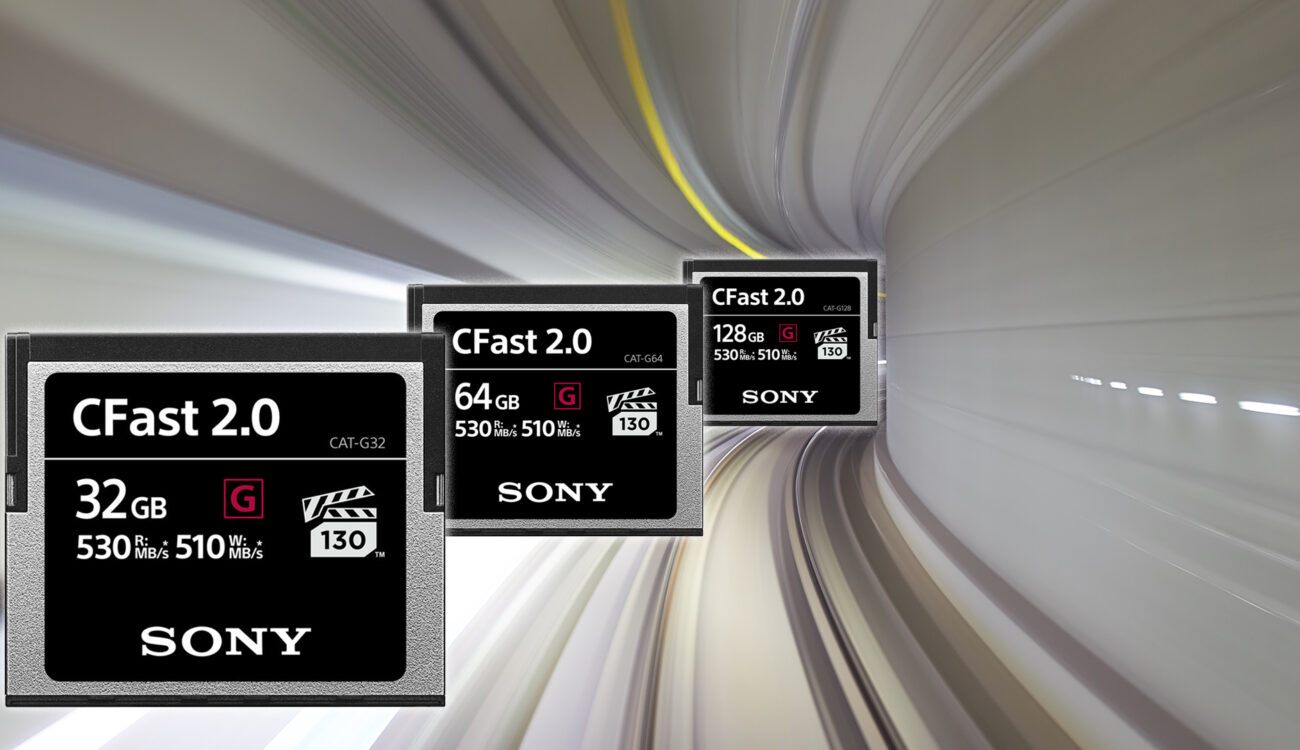 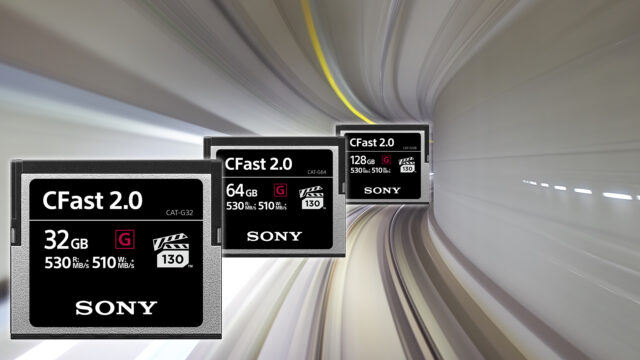 Even though Sony’s own lineup of pro cameras uses the XQD or SxS format, the company seems eager to reach for the crown of high-speed recording media, with its first lineup of CFast 2.0 cards already pushing the boundries in terms of speed. All three models of this G Series sport the VPG130 (Video Performance Guarantee) label, which indicates a guaranteed sustained write speed of at least 130 MB/s. The high read speeds of up to 530MB/s will be beneficial for your offloading process on set, as long as you have a sufficiently fast card reader of course.

In order to please everybody’s needs (and wallets), Sony offers three different models: a 32GB version, a 64GB one and a 128GB heavy-weight champion. The high read speed and especially the incredible high write speed of these G Series CFast 2.0 cards make them a perfect match for demanding workflows, including UHD/4K and Raw capturing.

Interestingly enough, you won’t find any Sony-branded pro cameras in which these cards would fit. Its line-up of pro cameras mostly require XQD or SxS cards – rivalling recording media formats to the readily available CFast 2.0. Could it be we’re witnessing the last breaths of a raging format war? Prices are dropping for both XQD and CFast 2.0 cards (not so much for SxS cards), but in terms of market saturation the CFast 2.0 standard wins the race by a nose I would say.

All three of the Sony CFast 2.0 cards share the same build quality and ruggedness. They can operate in temperatures ranging from -5°C all the way up to +70°C (23°F – 158°F), and if they fail there’s a chance of saving some of the data with the bundled file rescue software.

Who knows? These G-Series CFast 2.0 cards may mean Sony is looking towards a future without XQD and SxS… or maybe it just wants a bigger piece of the cake.

Would it be good if there was just one unified standard, or is more competiton good for the market? Let us know your thoughts in the comments below!