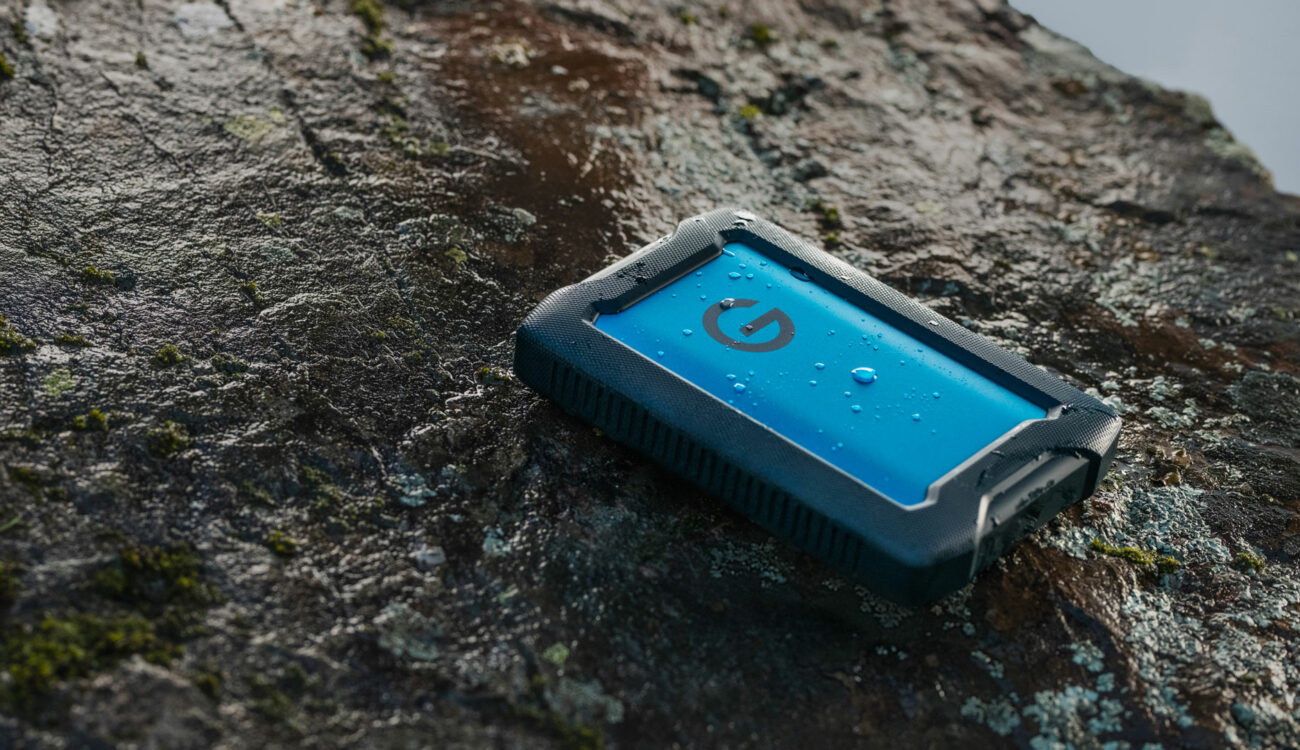 G-Technology ArmorATD is their new shock-, rain- and dustproof hard drive that seems to be able to take a beating. It comes in three sizes, 1TB, 2TB and 4TB. 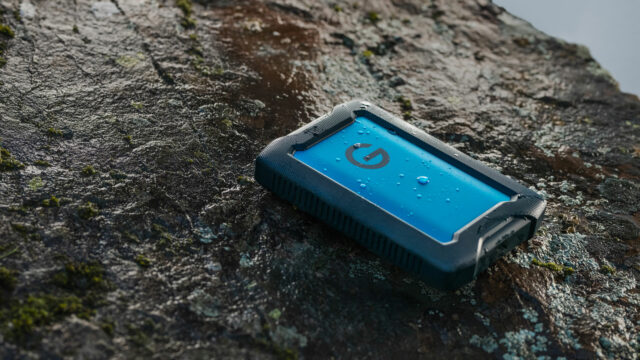 G-Technology just announced their ArmorATD portable drive, which is made for outdoor usage. They call it a triple-layer shock resistance because the drive has internal shock mounts, is built into a solid aluminum enclosure, which is also wrapped with a protective rubber bumper. According to the manufacturer, it has a crush resistance of up to 1000lbs or 450kg, which is quite impressive. Something that’s actually more relevant is that it’s shockproof when dropped from an average desk (up to 1.2 meters) – the data should be fine when this happens, which certainly isn’t the case for all hard drives. 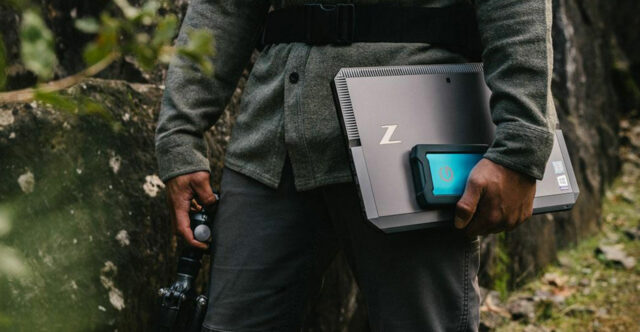 The new ArmorATD is made to be used on its own as opposed to their ev series rugged drives (see below), which makes it a bit smaller and lighter. It uses a USB-C connector which really has become the standard over the past few years, both on Mac and Windows.

In terms of speeds, it’s still a hard drive and can’t compete with G-Technology’s own G-DRIVE mobile Pro SSD which clocks in at up to 2800MB/s. With a transfer rate of up to 140MB/s, the new ArmorATD drives are solidly placed where most comparable hard drives sit, so there’s no complaints there. Personally, I prefer to use SSD storage these days whenever working on a shoot, simply to save time, but for me a hard drive still provides a great longer-term backup at a much lower cost than most SSDs.

It’s nice to see manufacturers focus on ruggedness of storage media more and more, considering that most shoots happen outdoors, where all sorts of things can happen that would compromise the integrity of data (now it might be just me, but here’s hoping that eventually, Apple will release a durable MacBook as well!). Over 4 years ago, G-Technology already announced their G-Drive ev RAW as well as G-Drive ev ATC drives, which were their first foray into building resistant drives for outdoor usage (see our news post from back then here). Those drives, however, had a removable rubber bumper (in case of the G-Drive ev RAW) or a fully removable plastic enclosure (in case of the ATC version), containing Evolution-line drives that can be used with their Evolution ecosystem in their bigger RAID enclosures.

The ArmorATD drive will be available from May with a limited 3-year warranty, but can already be preordered from B&H and G-Technology, you can find all links below.

Are you in the market for a rugged drive, is the G-Technology ArmorATD something you would consider getting for your arsenal of kit? Let us know in the comments below! 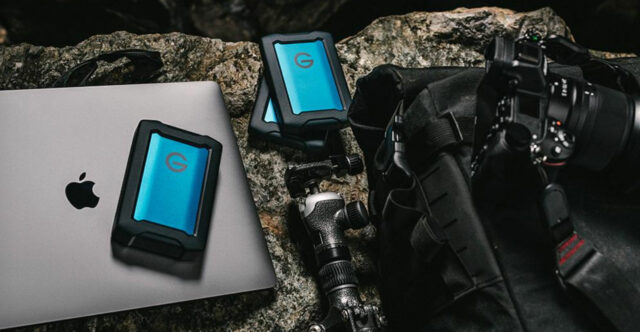 Disclaimer: Author is member of G-Technology’s ambassador program GTEAM. This is an unpaid news post about a new product (we don’t post sponsored articles on cinema5D.com).