Here at NAB 2017 Cooke Optics has its brand new Cooke S7 line of Full Frame Plus prime lenses on display. We caught up with Les Zellan to get to know these true cinematic lenses a little better.

We originally covered the release of the new Cooke S7/i cinema primes just about a week ago in this article, but now that we are strolling through this year’s NAB show in Las Vegas, we thought we would catch up with Cooke at their booth to have a closer look at these new cinema lenses.

The big news lies within the term Full Frame Plus. The Cooke S7/i line of lenses render a massive image circle of 46.31mm, which is actually more than enough to cover the sensor of the RED Weapon 8K camera, a camera installed at the Cooke booth for demonstration. 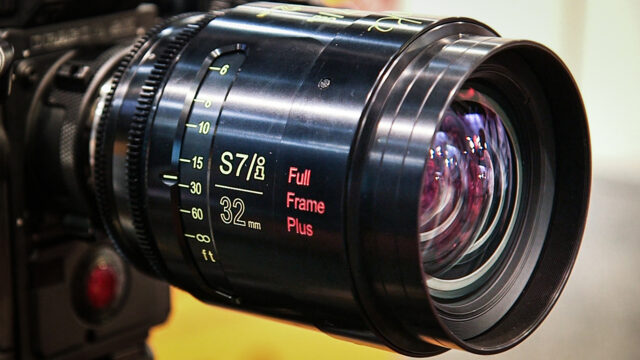 Since these are serious cinema primes, all Cooke S7/i lenses sport a T-stop range of T2-T22.

The /i in S7/i indicates the ability to capture digital metadata about each and every recorded frame in order to pave the way for a smooth post-production process, and FX workflows especially. Speaking of workflow, you will like the consistent 110mm front diameter, too. The weight of these lenses ranges between 3,0kg (6.6 lbs) and 3,7kg (8.16 lbs).

According to Les Zellon, Chairman of Cooke Optics, these new Cooke S7/i prime lenses should be shipping within the next two months. Each lens will set you back just a little more than $20,000. That’s a steal, isn’t it?

Read all about these new lenses over at cookeoptics.com.

Are you after that “Cooke Look”? What do you think about this new release? Let us know in the comments below!