In this guest review, Vienna-based filmmaker Christoph Tilley takes a close look at the Hasselblad H6D-100c – a 100MP, 4K Raw-capable medium format camera. Intrigued? Read on for his hands-on impressions. 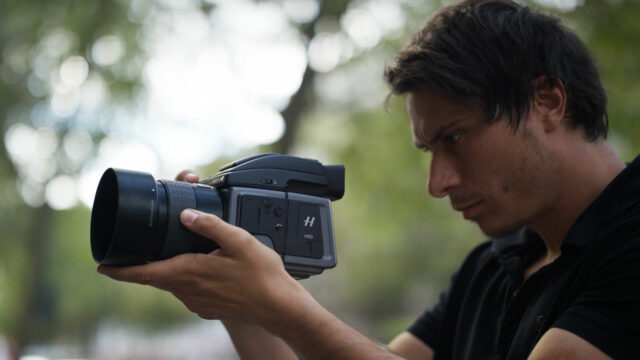 Not too long ago DSLRs revolutionized the way we make films. These days, we are seeing the emergence of the first medium-format stills cameras capable of shooting video. What would it be like to shoot video on an such an extremely large sensor?

Enter the Hasselblad H6D-100c, a 100 Megapixel Full-Frame Medium-Format Stills Camera. The resolution is absolutely incredible on this thing – each Raw image has a file size of 216,3 Megabytes. But why in particular is this interesting for us filmmakers? Well, this thing can also shoot 4K Raw video.

But what kind of results will you get when shooting video? And how does this large sensor compare to Super35 in the real world? To find out, we shot a typical interview scene on the RED Dragon with a 50mm lens wide open at f/1.4. Right alongside we had the  Hasselblad H6D-100c with a 100mm lens at an f-stop of f/4. 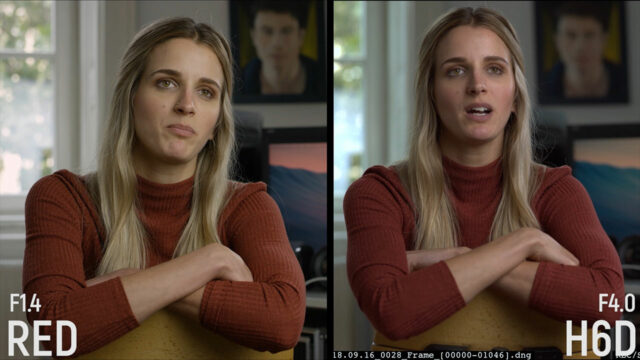 Note the difference in background blur and depth compression

When comparing both shots side by side, the first thing we notice is that the background is much more out of focus on the H6D, even though the lens was stopped down three full-stops more than the lens on the RED. We also notice that the image looks more compressed.

It’s a subtle difference, no doubt, but medium format certainly produces a really beautiful look by expanding the field of view.

But why would anyone want to shoot video on a sensor more than twice the size of traditional Super35? In fact this means that your 85mm – a rather telephoto lens on the average camera – would be more or less equivalent to a 40mm on a sensor this size, making it quite wide. But enough about the why, let’s talk about the how. You turn on the camera on the top, wait for it to boot up, and then switch to video mode by pressing and holding a button on the top. You can switch into live-view mode and from there you can start your recording. The shutter button starts and stops recording as well.

You can choose different qualities for your recording in the video settings, giving you a choice between recording in Raw or H.264. When choosing H264, you have the option to shoot in 1080 or 720, while Raw is always 4K. It is not possible to choose different frame rates or bit rates: the camera always shoots 24fps, though you can change ISO and color temperature. Just like the Alexa Mini, the camera shoots 4K Raw only on CFast memory cards, so put one in and you’re good to go. 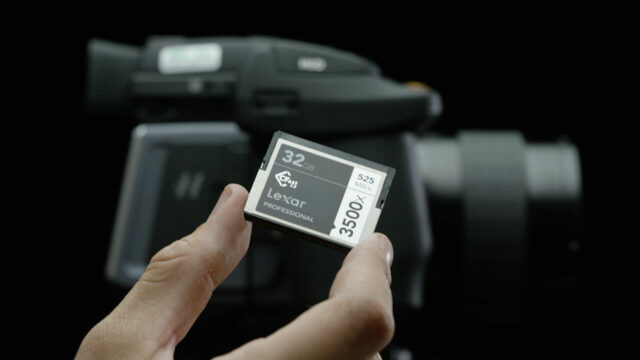 The camera records Raw video to an unorthodox file-container with an .3fv extension, so you need to convert these files in Hasseblad’s own Phocus software. Simply navigate to the desired clips, where you can get a quick preview of what you shot, although you can’t change anything like white balance or ISO. Your only option is to export the clips to a CinemaDNG sequence, but you can choose some naming presets.

This process takes some time, but once it’s finished, your converted shots will be split into folders along with a small .mp4 proxy. Since this proxy is called audio.mp4, I suppose this is the way you get reference audio out of the camera. 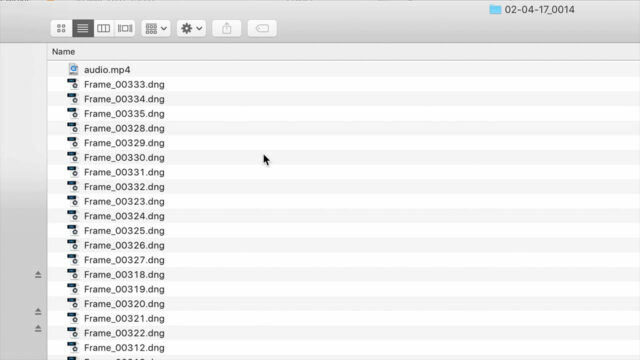 Limited file naming options for the .dng sequences in the Hasselblad Phocus software

Though the export process allows you to choose naming presets, this just applies to the parent folder of all the single .dng frames. This is too bad, as all the single frames are named the same, making it extremely difficult to re-conform and link the clips in a grading software like DaVinci Resolve. Nevertheless, we somehow managed to grade the footage but we discovered something very disturbing. Hiding in the shadows we found some serious artefacts and strange noise. It seems as though the sensor data gets heavily compressed when shooting video. Not good. 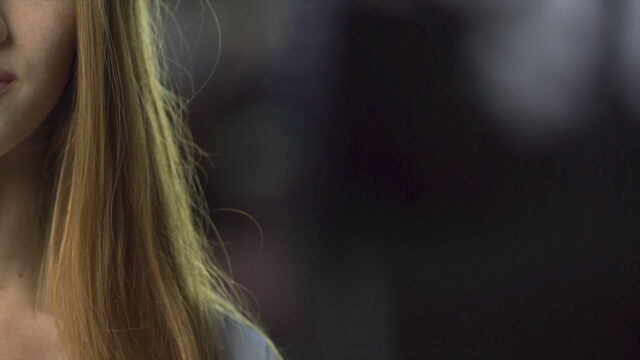 Compression artifacts in the shadows? 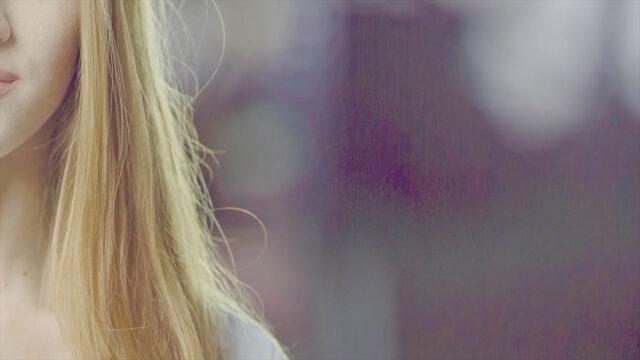 Some people say medium format mimics how your eyes actually see the world better than the smaller Super35-sized imagers thanks to being able to shoot an extremely wide scene but still have the “real-world” look of a lens with a longer focal length. The subject remains flat and not ‘stretched’ out.

The large sensor is clearly the one and only reason why anyone would want to shoot video on the Hasselblad H6D-100c. Well, that and the absolutely incredible performance of the Hasselblad lenses. They offer pleasing colours, nice bokeh and great contrast.

The downside? Well, this is not a videocamera. It is just a stills camera which takes 24 images a second, and downscaled, compressed images at that. Also, before receiving the camera, I thought that rolling shutter on a CMOS sensor this size would be really awful, and I was absolutely right. The Hasselblad H6D-100c has the worst rolling shutter I’ve ever seen. This is not something you would ever want to shoot with, unless you really are after the medium format look… which is quite nice to be honest.

What do you think about the Hasselblad H6D-100c? Will medium-format sensors be the next must-have in video camera tech? Let us know your thoughts in the comments section below! 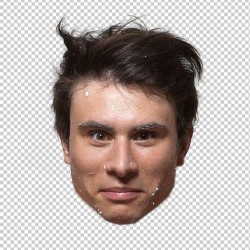 Christoph Tilley is filmmaker, DoP and producer from Vienna, Austria. He founded the production company MXR and is constantly striving to test and experience new techniques and workflows in high-end film production. He also has a highly-developed G.A.S (Gear Acquisition Syndrome).