The IDX PowerLink line has been showcased at Inter BEE 2017 in Japan, showing off its 4-stack power feature as well as an 8-stack charge system. First announced in September and still under development, IDX has now demonstrated its new line of linkable hot-swap V-lock batteries. 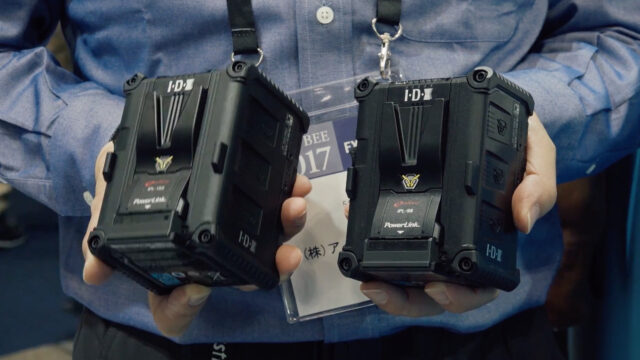 The new IDX PowerLink is an intelligent battery and pass-through power system. Mount one on the back of your camera/accessory and it will operate like a normal battery. Add another (or 2 or 3 more) to the stack and things get interesting; the closest battery to the camera passes through power from the last, meaning the battery that runs out first is the one on the end of the chain. Once the end battery runs out, the next in line will start to discharge.

The IDX PowerLink is an ingenious system that allows you to hot swap batteries – your camera won’t lose power as it always has a charge battery attached. Having a hot-swap power source like this that is compact in size can be therefore very useful. 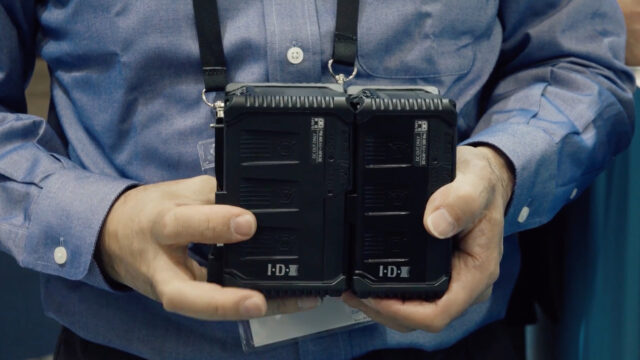 The IDX PowerLink comes in two sizes (respective of physical size and capacity): a 98 and a 150Wh. You can stack up to four batteries at any one time. This applies when powering your camera, as well as when on the dual charger, meaning you can charge up to eight batteries simultaneously (two stacks of four).

It’s great to see IDX has gone with a lower profile, much better suited to the ergonomics of cinema cameras like RED,  Sony F55 and ALEXA Mini much better than conventional tall V-lock batteries. 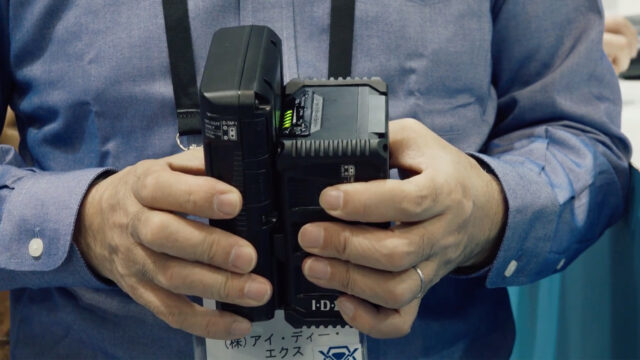 The PowerLink system also works with existing IDX V-lock batteries, allowing you to mount a standard IDX on the end of your new PowerLink chain. I do think IDX has missed a trick here, though, as it would be great to see a really slim version of the PowerLink with enough capacity to allow the changeover of a conventional battery system without the risk of power drop out. 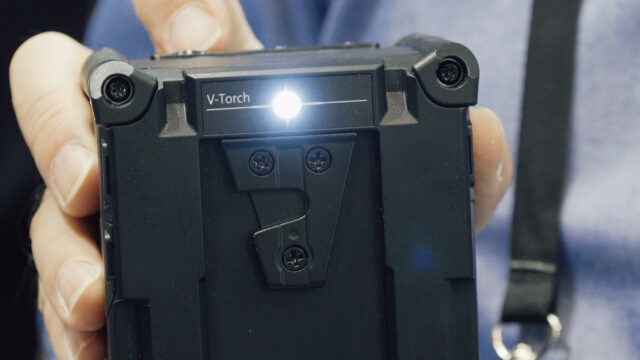 Other features of the PowerLink are a small LED torch on the mounting side so you can see contact points in the dark.

There is also separate LED to signify when a battery is discharging or passing through power, as well as standard 5-stage charge indicator.

Pricing and release date of the IDX PowerLink is still to come, as this product is still under development. But IDX if you’re reading, how about that super slim version too?