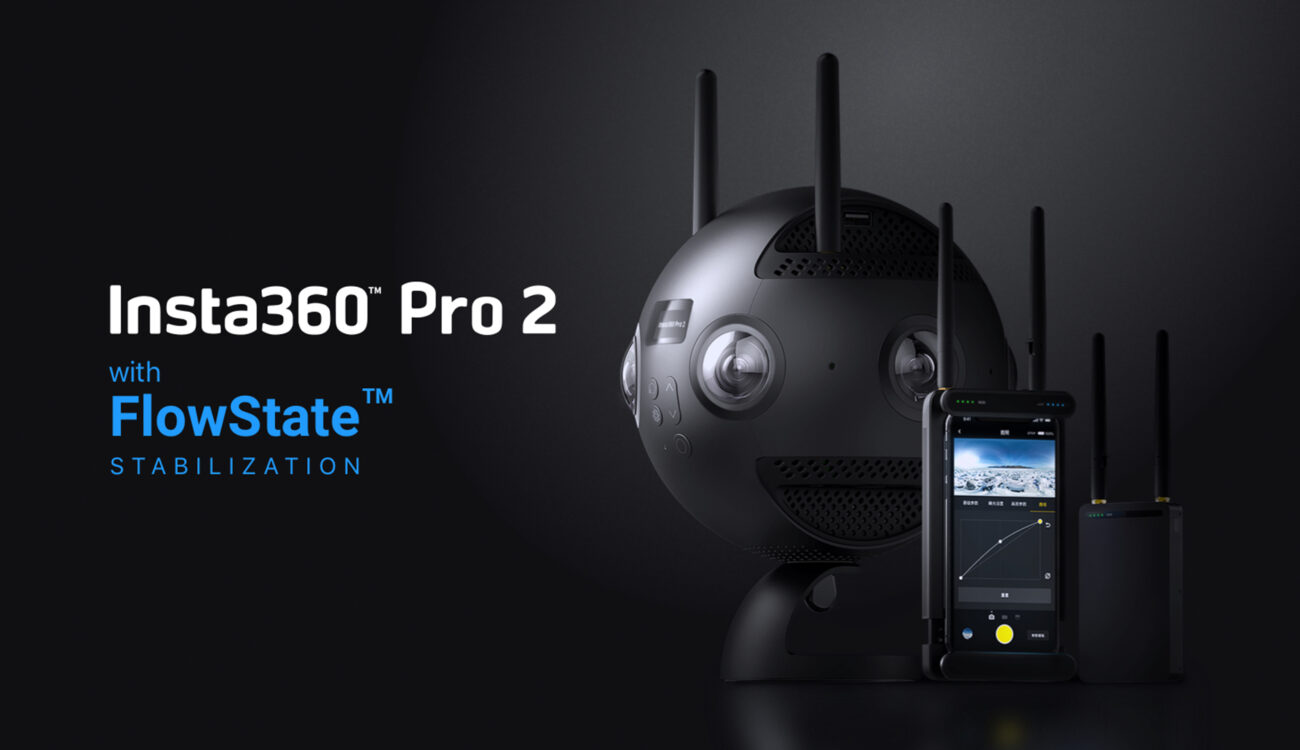 The Insta360 Pro 2 is the next evolutionary step  after the original Insta360 Pro which was introduced back at CES in 2017. This time around, the new kid on the block sports some unique features such as live 4K broadcasting, new FarSight technology and updated FlowState stabilization. 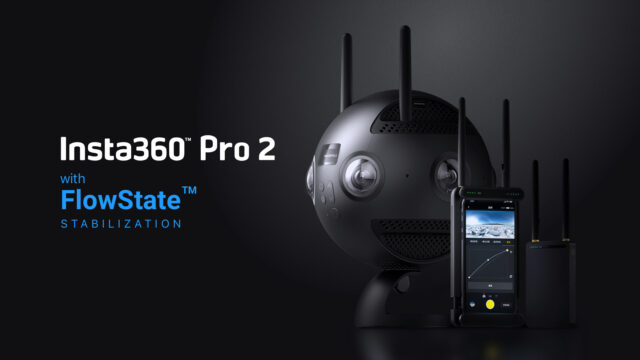 At around $3499 the original Insta360 Pro was (and is) far from cheap but the specs are truly amazing: 6 HD cameras capturing 360-degree video at up to 8K resolution. The freshly updated Insta360 Pro 2 ups some of these specs even further (but at a considerably higher price) and offers additional neat features such as the so-called FarSight technology which uses a dedicated transmitter and receiver in order to monitor the action from up to 300m (985 ft) away. A good thing since the camera shoots in all directions at the same time leaving no blind spot for the director.

Just like the original Insta360 Pro camera this new model sports 6 HD cameras that capture every angle of a scene at once. The resulting videos or photos are then fused into two 8K 360-degree images, one per eye, to create an immersive and high-detailed experience.

Built right in is the proprietary FlowState stabilization. This technology uses optical flow algorithms in order to smoothen out shaky camera moves in-camera. No external gimbal devices are necessary (something which would be difficult to pull off without obstructing the 360-degree field of view anyways). The Pro 2 uses a gyroscope that tracks motion on nine axes. Insta360’s software takes care of applying the gathered shake data to the video footage resulting in smooth camera motions.

The so-called FarSight technology uses the 5.18 Ghz band plus smart channel switching rather than relying on unstable wi-fi connections. The transmitter attaches to the Insta360 Pro 2 itself while the receiving unit hosts your phone as a monitoring/controlling device. You can be as far as 300m (985 ft) away ground to ground or up to 3km away ground to air while receiving a reliable high-definition low-latency stream. Using your phone you can control all the features of the Insta360 Pro 2 without the need of standing next to it or even touching it.

The physical unit weights about 1,4 kg (3 lbs). So the Insta360 Pro 2 is even suitable to be mounted on a drone for example. It offers a hot-swap battery dock and four built-in mics for 360 audio, plus a pair of USB and 3.5 mm audio inputs on its top and bottom. Whatever you have in mind in terms of custom setup, you can most likely pull it off with this thing.

Seven SD card slots can be found on the Insta360 Pro 2. Six MicroSD card slots, one per each camera, and a seventh full-sized SD card that captures stabilization data and low-res proxy files optimized for editing in Adobe Premiere Pro. 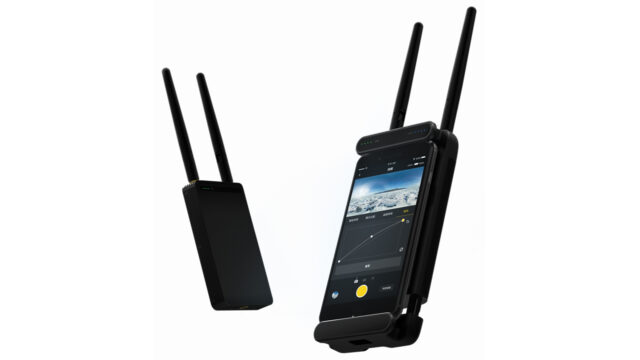 Stitching together individual streams from all the cameras can be a pain in any 360-degree workflow. Insta360’s integrated Adobe Premiere Pro workflow kind of solves this. Every time the Pro 2 captures a video, it automatically saves a low-res proxy version in addition to the full-quality footage. Once you’ve wrapped shooting you can import these proxies into Adobe Premiere Pro. They will be automatically recognized by Adobe Premiere and stitched instantly. All you have to do is editing your project just like you would with plain video.

Then, when you’re ready to export, Insta360’s algorithm will take over and stitch together exactly the footage that was used in the final project, at full quality. There’s no wasted time nor processing power. Just like in color grading stitching is only applied to the clips you really need for your edit, nothing else.

Most of today’s available VR/360-degree headsets max out at 4K resolution. That’s only quarter of what the Insta360 Pro 2′ 8K recording capabilities. That’s where the so-called CrystalView technology comes into play. The Insta 360 Pro 2’s content can be converted into a format that’s ready to play back on any mainstream smartphone or headset. You’ll need Insta360’s free playback apps which will dynamically render these files, displaying in full quality the exact segment of a scene that a user is looking at.

Another pretty interesting feature is live broadcasting. While recording full-res 8K footage, you can deliver a 360-degree 4K livestream in real time. Both, 3D and monoscopic formats are supported. Since you’ll have the full-res files once your shoot is concluded you still have the ability to turn your live event into a polished edit later down the road.

The Insta360 Pro is Certified for Google Maps “Street View” and so is the Insta360 Pro 2. Furthermore it sports two top-mounted antennas in order to strengthen the incoming GPS signal. That way you can append the GPS position to your captures if you want to. Or you could file an application as a “Street View” driver with Google. 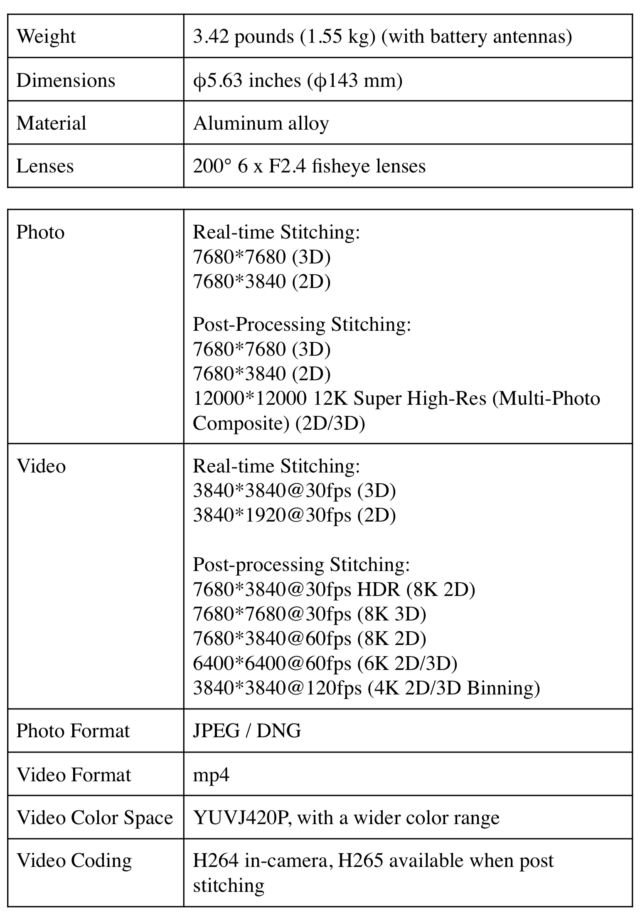 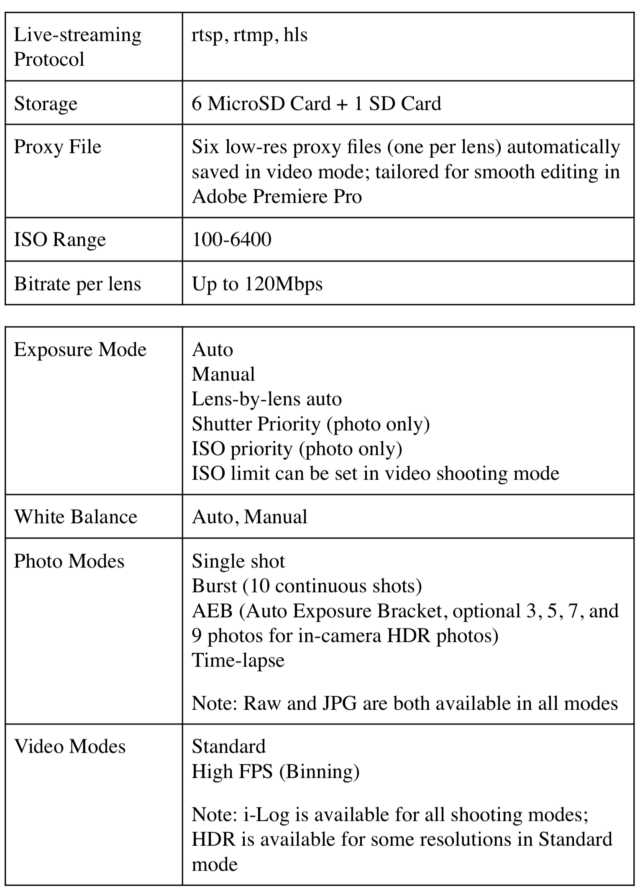 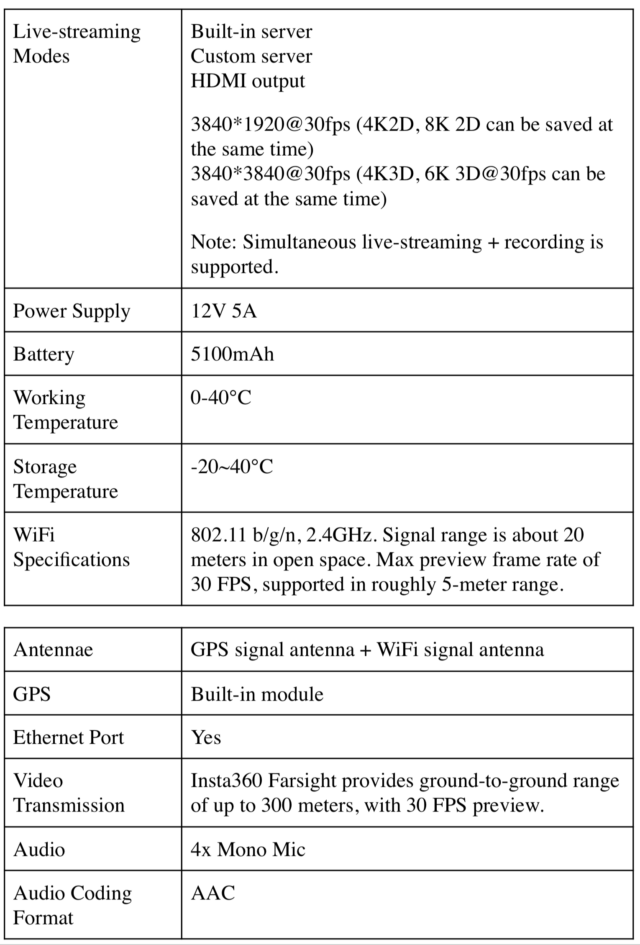 What do you think about this new camera? Is 360 a thing for you? Share your thoughts in the comments below!

Looks like crap..until i watched it on a galaxy s8.

Amazing peace of gear. exactly what i need!