The cinema5D Virtual Show is not all about new gear and pieces of equipment, but also about incredible filmmakers and technicians sharing their experience. We had the opportunity to catch up with the English documentary Director of Photography Ben Sherlock to talk about his evolving filming career starting as a wedding filmmaker and all the way to present time when working as a documentary filmmaker for the BBC’s on “Sacred Wonders”. In this interview, we cover his work on episode “The extraordinary final test to become a Shaolin Master”. 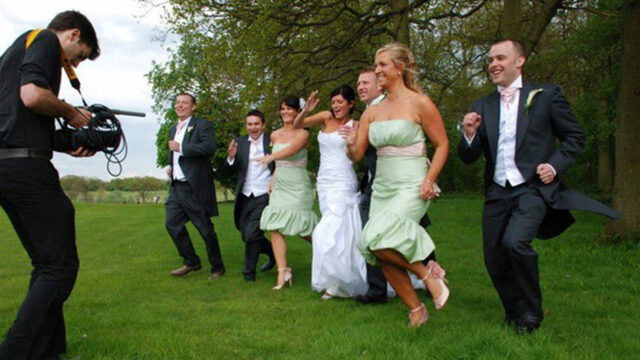 From Wedding Filmmaking to the Iraqi Conflict Zone

Ben Sherlock is a 31 years old English Director of Photography that started his journey as a wedding filmmaker. For four years, he perfected his craft but also worked on independent documentaries. Then, one day together with his colleague and friend Anthony Jarman, they finally got a permission to film an artist who specialised in painting in war zones. Ben describes the occasion in his own words:

We struck gold: an incredibly talented artist who specialised in painting in war zones. It took us three years but eventually we convinced him, and the US military to let us go out to Iraq and document the Iraq conflict, so in 2011 we were embedded with the US armed forces in Iraq. That project marked a massive shift in my carrear, all of us knew we wouldn’t go back to our normal lives and would pursue adventure and documentaries relentlessly from that point.

This Iraqi mission was the starting point to pursue his goal to shoot cinematic documentaries. 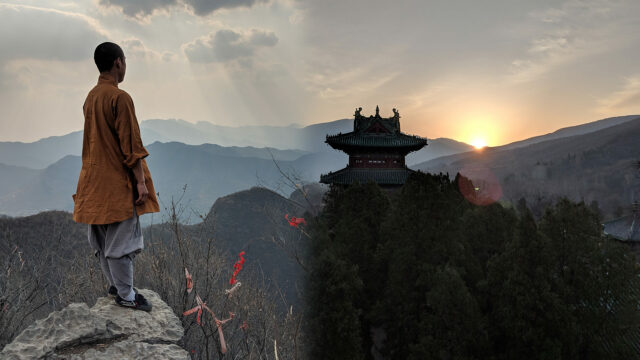 Ben Sherlock started to work for BBC’s Sacred Wonders series of cinematic documentaries all over the world. Here is how he describes it:

Sacred Wonders ticked every box I ever dreamt of as a young filmmaker, so more projects like that are what I am always on the look out for! It combines unique inspiring stories in extraordinary places across the globe, and they are often hard to reach, hard to film but immensely rewarding to pull together.

Thanks to the Sacred Wonders series, during 2019 Ben had the opportunity to fly to China to film the story of a Buddhist warrior monk at the Shaolin Temple. The plot of this extraordinary story is pretty simple, as it follows the hero prepping himself for a test that could change the course of his life forever. If the monk fails the test, he’ll not be able to pass it again for three years. 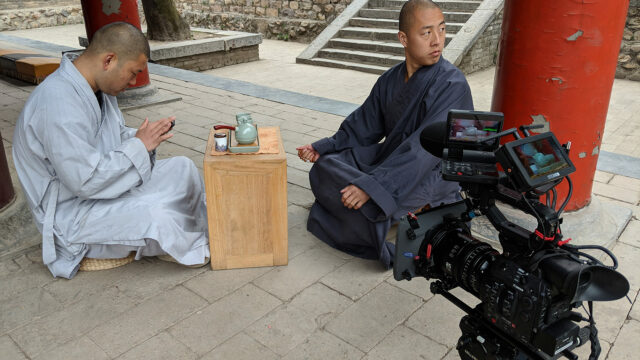 For this shoot, here is a partial list of the equipment Ben used: 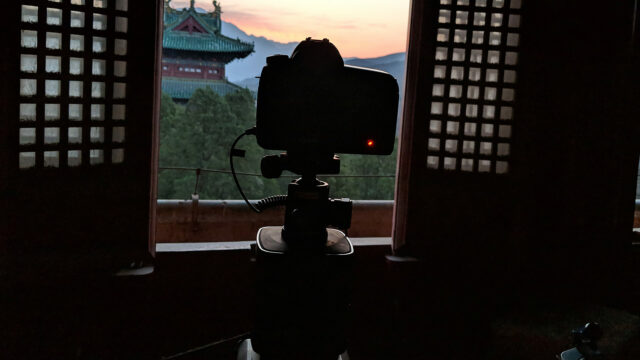 As Ben’s describes it:

We had to be nimble, the C300 MII offered us the highest quality image in the most modular and small packages. I didn’t want to rig lots of things onto it, even the sound feed from our sound recordist was velcroed on to keep it light weight.

The gimbal camera had to be similarly flexible, and the Canon EOS R offered me the best option on that front. Its a light weight body so even with a 35mm Sigma Cine Prime I could easily run around with it all day if necessary.

The Canon EOS 5D Mark IV is an excellent backup system, and a great camera to run time lapses on as it can be left out in lots of adverse weather and still relied upon to survive!

The Panasonic GH5 was there for the situations when other cameras wouldn’t survive. It is a camera that I have put through some truly horrific environments and it always comes out kicking, so when I needed a camera that could take a beating I wanted to have that to hand.

It’s interesting to hear that most of the show was not shot in any flavor of LOG picture profile, as Ben prefers to have a look baked in with for greater control on the final image. 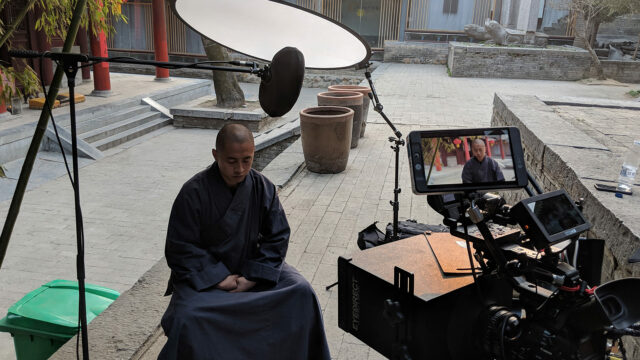 In terms of lighting, Ben packed a couple of diffusers, reflectors, clamps, and light stand. Most of the Shaolin Monk film was shot using natural lighting, with no additional artificial light, except the night Temple scene that was lit with practical candles.

Sound-wise, the production had a professional, experienced sound recordist on set, so Ben could focus only on making incredible images. We mentioned it many times before, and it is always important to remind this valid point again, the sound is one of the most critical parts of a film, and you don’t want to mess it up.

To wrap up this article, here are Ben Sherlock’s top tips for packing your gear:

Below is the entire film if you have not seen it yet.

You can find out more about Ben and his work by clicking here.

What do you think about this interview with Ben Sherlock? Do you like this kind of conversation? Let us know in the comments down below!