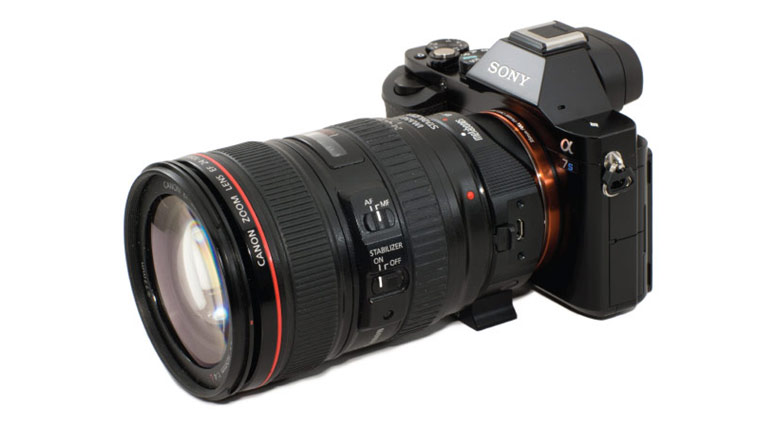 Metabones just published a firmware update for their latest Canon EF to Sony NEX Smart Adapter (Mark IV) that addresses some of the issues people have had when using the Sony A7S.

The Sony A7S is a great video camera we all like to use, yet many require an adapter to be able to use their Canon lenses. The Metabones mark IV is the latest version of their famous electronic adapter that allows you to control aperture and use image stabilization with digital lenses and most importantly works with the A7S’ full frame sensor.

The issues we’ve encountered at cinema5D mostly concern manual lenses that would crash the Sony A7S and force you to remove the battery or cause other errors when using the camera. Unfortunately this firmware doesn’t seem to fix those issues. There’s a temporary manual fix though, that we will talk about later.

If you have the mark III version of the adapter it will have to be sent in to update the firmware.