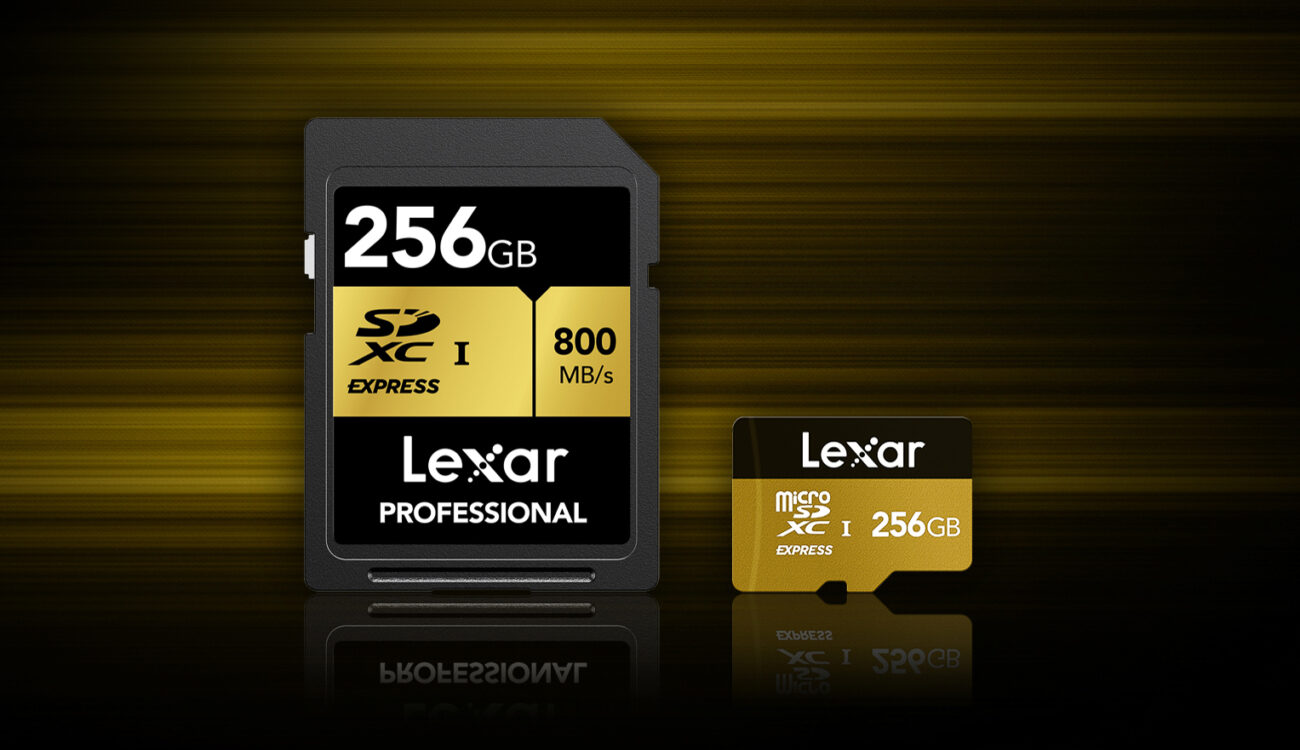 Media storage brand Lexar is currently working on the development of new SD Express and Micro SD Express cards. Promising to be three times faster than the best UHS-II SD cards currently on the market, this new memory cards might hit the shelves in 2022.

As an increasing number of cameras are now offering high-resolution, high-frame rate or RAW video recording capabilities, media storage technology must keep up. These video applications are extremely demanding. A tremendous amount of data is produced every second, requiring memory cards to be faster than ever.

Many camera manufacturers have already adopted the CFexpress standard, like Sony with the a7s III and Canon with the R5. Nonetheless, Lexar announced that they’re currently working on the development of new SD Express and Micro SD Express cards, offering high-speed data rates in a small form factor. Hopefully it’s not too late to sit at the table!

According to Lexar, SD Express cards will be three times faster than UHS-II SD cards currently available on the market.

Built upon the PCI Express (PCIe) specification and exploiting the NVMe Express (NVMe) protocol, these new cards should be able to reach read speeds up to 824MB/s and write speeds up to 410MB/s, outperforming even the fastest conventional SATA III SSDs.

They will come in two flavours: SD Express and Micro SD Express. The former will be available up to 512GB, while the maximum capacity of the smaller Micro SD version will be limited to 256GB. Despite the storage space difference, both cards will share the same read and write speeds I mentioned earlier.

No compatible cameras yet

No camera currently available can support the new SD Express standard. However, Lexar is trying to create a market for their product by partnering up with camera manufacturers.

The SD Express standards might open up new scenarios for camera brands, especially considering its speed-to-size ratio. If widely adopted, these new standards might lead to the disappearing of external video recording in the next few years in favour of a comeback of internal recording. The Micro SD Express version is particularly interesting as it might bring 8K and high-frame rate recording to smaller devices, such as drones.

These cards will also be backward compatible with already existing SD cards slots, even though limited at UHS-I speeds.

Selling price for Lexar SD Express and Micro SD Express cards hasn’t been announced yet, but we don’t expect them to be cheap: speed comes at a cost. We need to wait a little longer to have more detailed information, since Lexar plans to launch the new memory cards in 2022.