Litra, the company behind the popular LitraTorch (the ever popular little light that is compact, rugged and waterproof) is now introducing the LitraPro. The larger LitraPro brings the same ruggedness to the table, but is larger, bi-color and also waterproof. Here’s what you need to know! 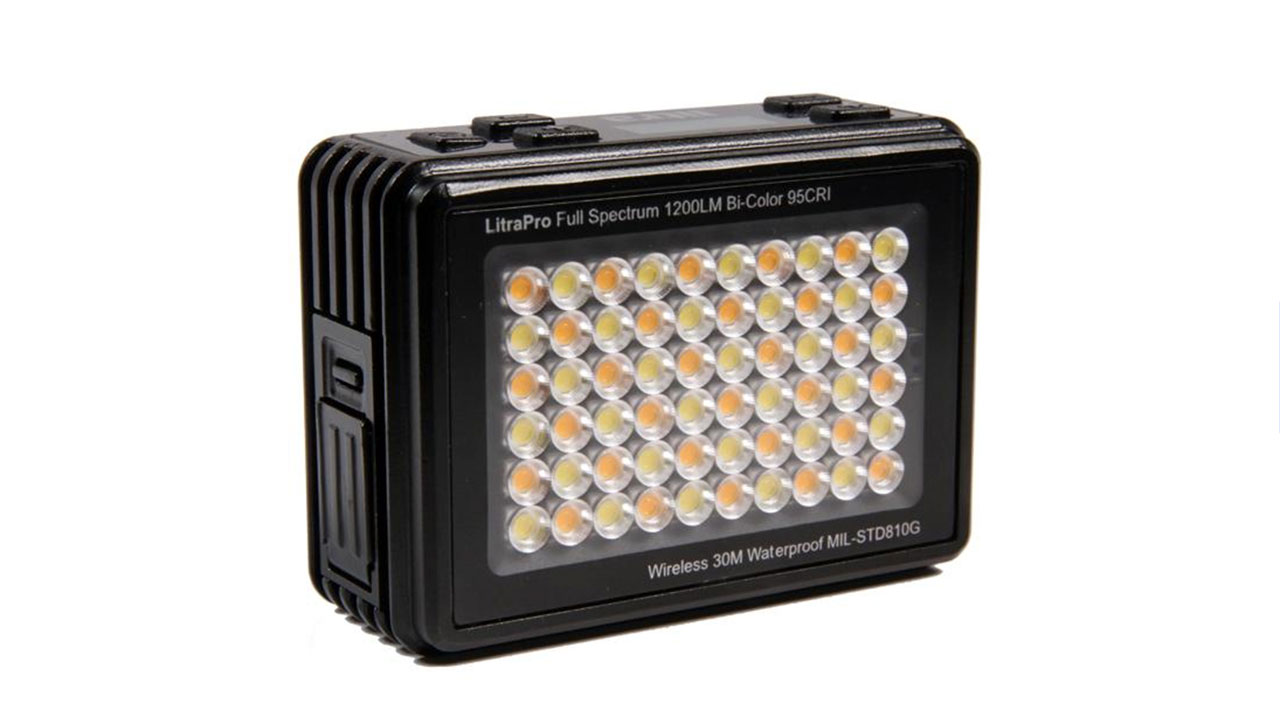 The LitraTorch became so popular in adventure filmmaking circles at one point, that tutorials were popping up on Youtube, about how to light whole scenes with just a number of theses small lights. This was due to their hight output (when judging by their size), easy operation with just one button and their hand size, making possible to use them in basically any way the filmmaker chooses.
The LitraPro tries to hold on to the LitraTorch’s strengths. It is roughly four times the size of its smaller predecessor, but features the same rugged build and is waterproof up to 90 feet. The big new feature here is that the LitraPro is actually bi-color, and can be set from 3000K up to 6000K. It is also dimmable. Litra is trying to keep the operation simple here as well. The unit has five buttons total, one power switch and two +/- pairs to adjust temperature and output. A display on top of the unit shows the current settings. 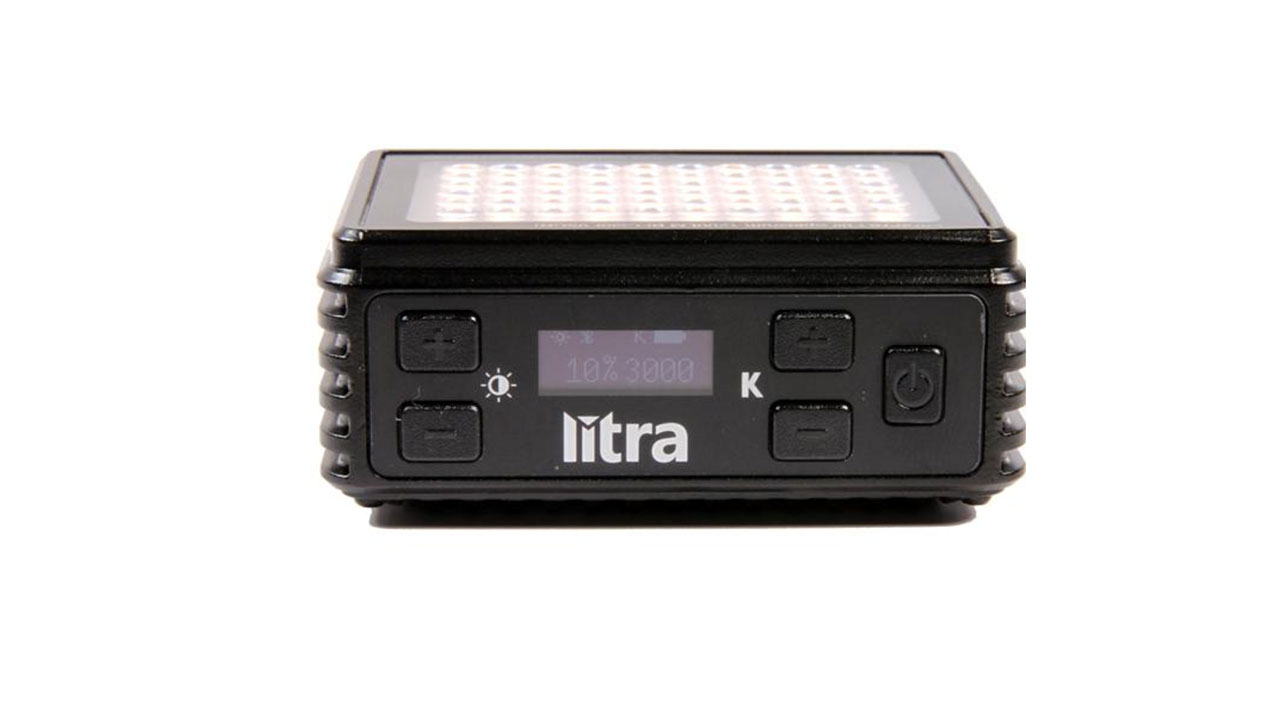 The right side of the LitraPro has a USB-charging hatch, the left and the bottom feature 1/4″ mounting points. The output at 1200 Lumen is not as high as the LitraTorch’s 2200 in Strobe-Mode, but this is to be expected with a bi-color light. The LitraPro comes with a pouch, a USB charging cable, dome diffuser and mounts for coldshoe and GoPro.

Now where the LitraPro really shines, is that the Light can be fully controlled with a smartphone via Bluetooth. Litra’s website is a little thin on specifications here, but from the looks of the app it seems like you can not only power the light on and off or temporarily black it out, but you can also control brightness and color temperature, as well as group multiple lights and trigger the same high-output mode from the LitraTorch, called “Strobe”.

Here’s an overview of the specs: 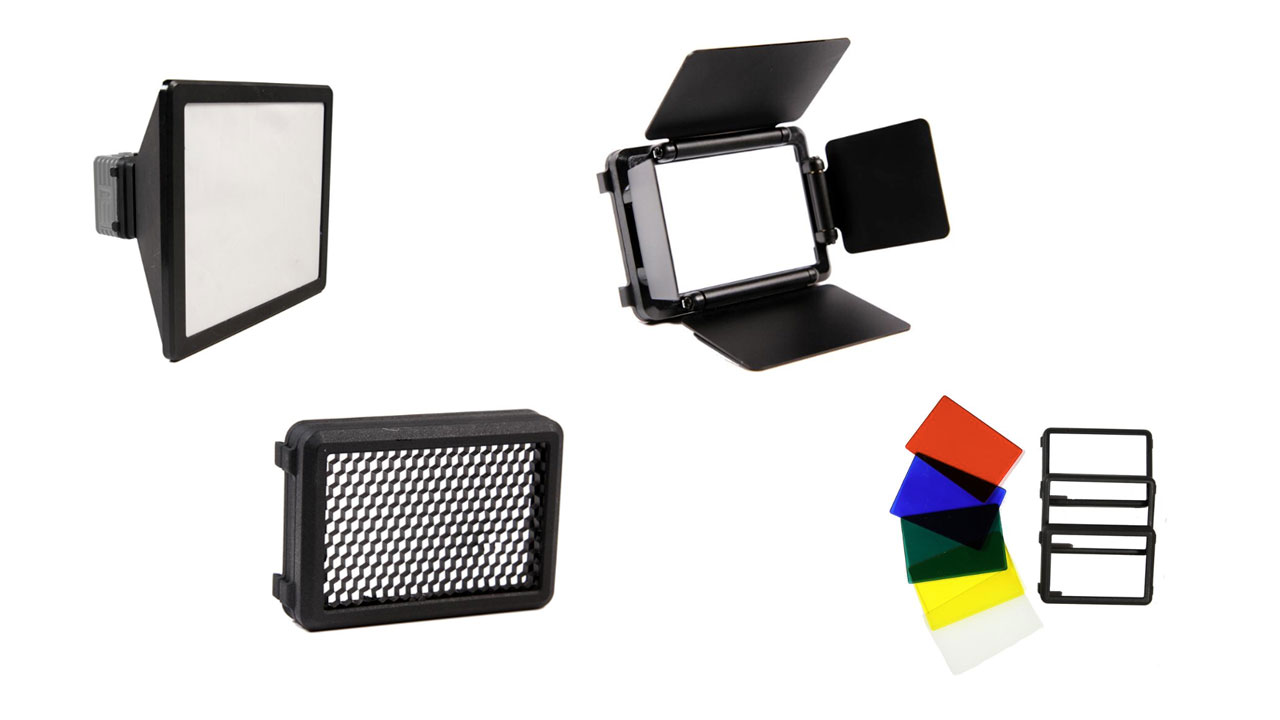 Litra also has some nifty accessories for the LitraPro in store:

How do you like the LitraPro? Have you used the LitraTorch before? Do you see the need for this kind of light in your arsenal? Let us know in the comments!