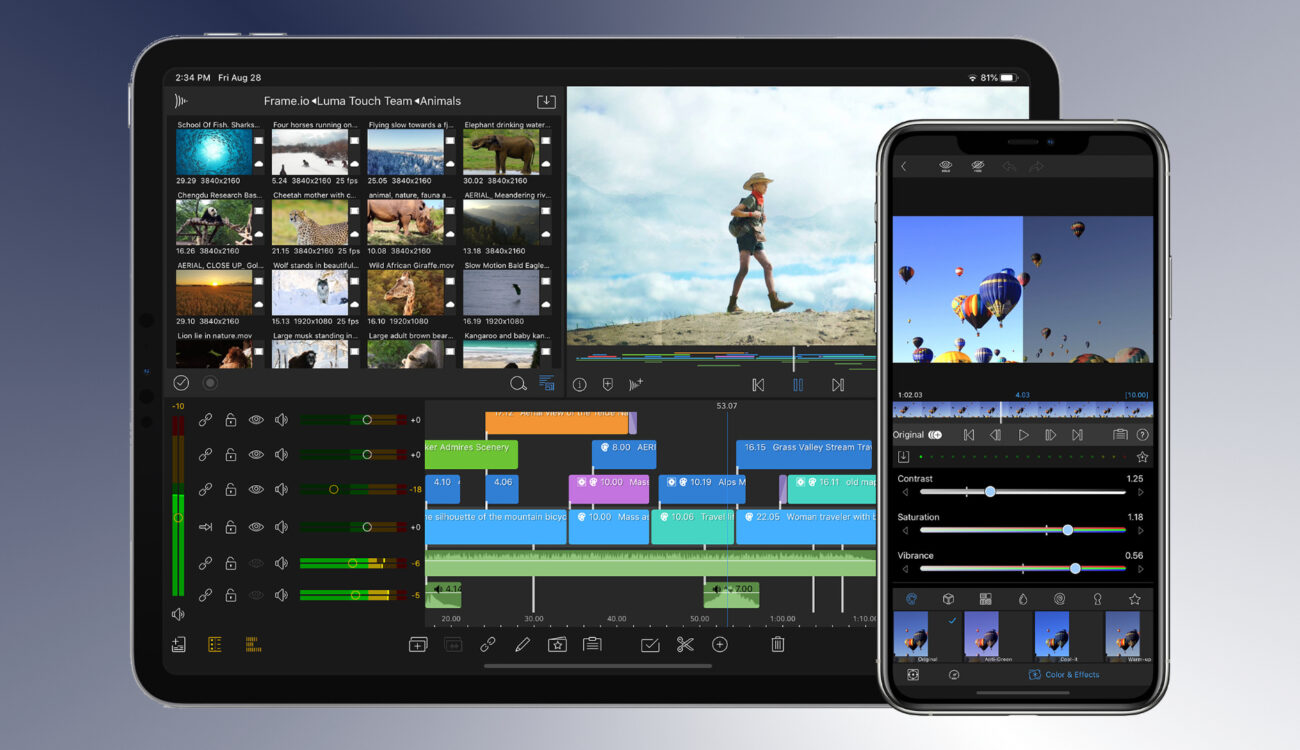 LumaTouch, the company behind the iOS multitrack editing app LumaFusion, has just unveiled the latest release of its popular app: LumaFusion 3.1 now features professional color tools such as scopes, histograms, waveforms and vectorscopes in real time. In addition, multiple LUTs and effects are now supported simultaneously.

The latest version 3.1 of LumaFusion adds quite a few new features to the already powerful app. Therefore, it is only natural that LumaTouch dubs this version as a major update, even though the version number 3.1 indicates a minor point-release. For more information, head over to our news article about the 3.0 release of LumaFusion here.

The company teased a version for Android (right now, LumaFusion is iOS only – and M1 Macs) so maybe v4 is reserved for the Android release later in 2022.

The most notable new feature of this new version is clearly the addition of professional color tools, such as real-time scopes. These tools improve usability and make it easier to achieve pleasing results while checking color accuracy in real time. Let’s not forget that this is an iOS app. So the machine you are working on is not a maxed-out desktop workstation, but most likely an iPad (iPhone works, too, of course).

LumaFusion v3.1 also expands effects capabilities with the ability to add multiple LUTs and effects to any clip in the timeline simultaneously.

The new update also expands the already extensive effects workflow with the ability to add multiple LUTs and effects simultaneously to any clip. This new feature speeds up the workflow for editors while providing great creative freedom to quickly add a unique look. You can even combine in-camera LUTs and multiple instances of any effect.

According to LumaTouch, the developers have listened closely to customer feedback, so they’ve implemented a bunch of other useful features to LumaFusion 3.1:

LumaFusion 3.1 also introduces a number of improvements to the workflow, including:

LumaFusion v3.1 is a free update for existing customers. The download is available immediately for new customers in the Apple App Store and is priced at $29.99. If you need to export FCPXML files, that’s another $19.99 (via in-app purchase). Also available are Storyblocks subscriptions ($9.99 monthly or $69.99 yearly).

Do you use LumaFusion for your projects? Share your experiences in the comments below!