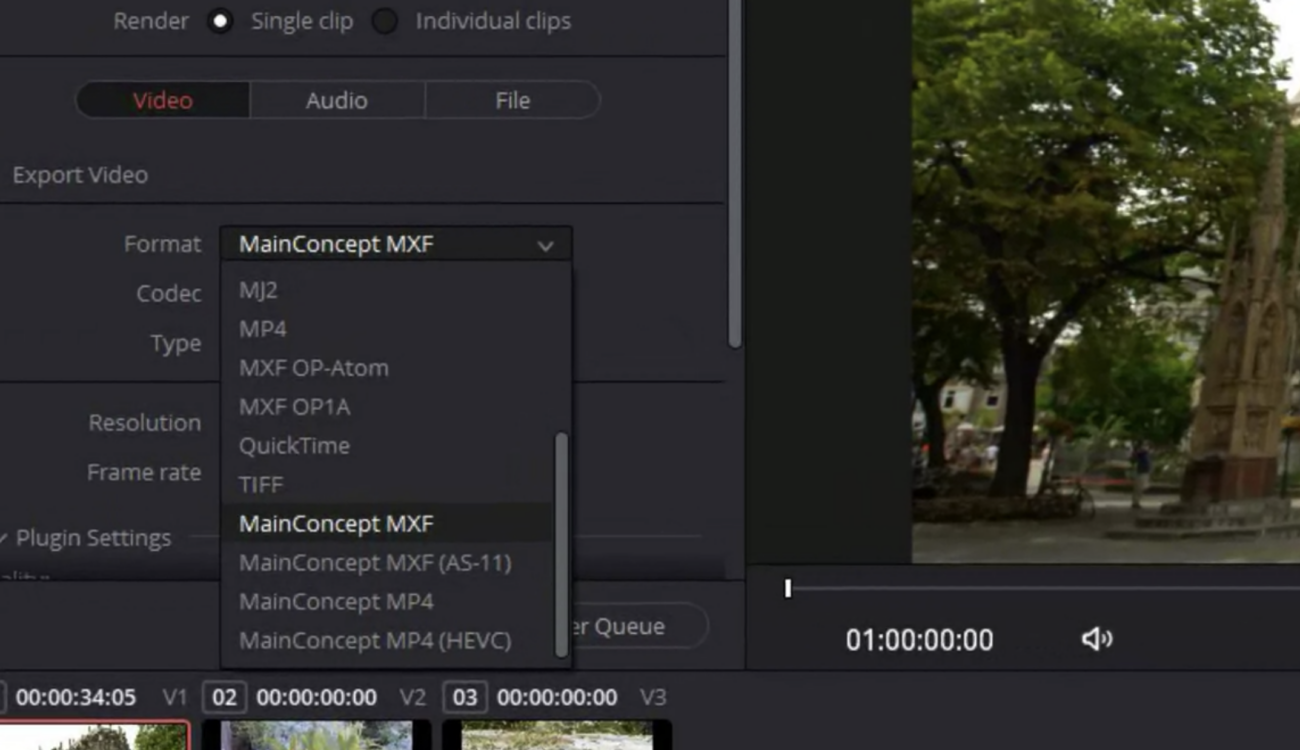 MainConcept has launched its Codec Plugin for DaVinci Resolve 17 Studio. This interesting third-party solution allows you to render your timelines in various codecs such as Sony XAVC, XDCAM, Panasonic P2 AVC Ultra and others, which are not natively supported inside Resolve.

MainConcept is a German company specialized in video codec technologies. For the last seven years, they’ve developed various solutions for broadcasters, IPTV and streaming applications, medical healthcare, and so on.

While DaVinci Resolve 17 was introduced earlier this month and Beta 2/17.1 Beta 1 are already out, the MainConcept Codec Plugin for DaVinci Resolve Studio is designed to offer you broadcast-friendly codecs when you are exporting your projects from within the Deliver page.

The MainConcept Codec Plugin is a third-party add-on compatible with DaVinci Resolve 17 Studio version only, but it works on either Windows/Mac/Linux platforms.

According to the company, this plugin allows you to:

As you can see, this plugin unlocks a couple of broadcast-friendly formats that are not built-in inside Resolve, which is handy. No need for intermediate codecs, just stay within a consistent codec pipeline from start to finish. This is especially helpful when dealing with multi-stage workflows.

The MainConcept Codec Plugin is currently offered to MainConcept Beta participants. All you have to do is fill the form on MainConcept’s website here to get joining the Beta program for free.

What do you think about this add-on for DaVinci Resolve Studio 17? Do you miss these broadcast-friendly formats inside Resolve? Don’t hesitate to let us know in the comments below!