The Manfrotto 635 FST tripod is the start of a new generation of tripods revealed at IBC 2019, changing the design of traditional locking legs.

The Manfrotto 635 FST (Single Leg Fast) tripod; constructed from carbon fibre, the tripod legs can be deployed quickly through the Extra M-Lock system. Twisting the locks release both the top and bottom sections, which can be extended by sliding the sections. Once the height has been set, the legs can be locked up just as quickly. 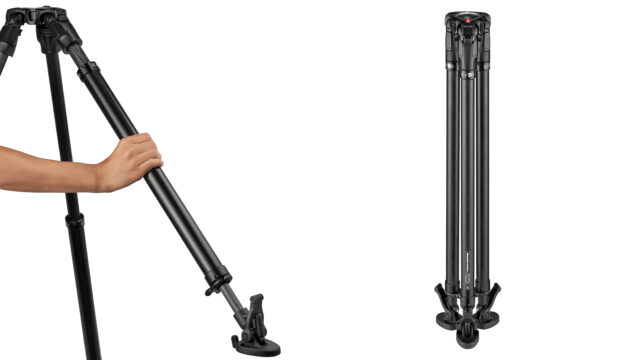 From using the tripod first hand on the show floor, the Extra M-Locks could do with being a bit larger, to get a better grip. The tripod feet are spikes, with rubber over shoes, rather than a solid rubber foot seen in older models. A spreader can also be used for stability, with this clipping onto the feet of the tripod. This has also seen a re-design, now with push-button release. 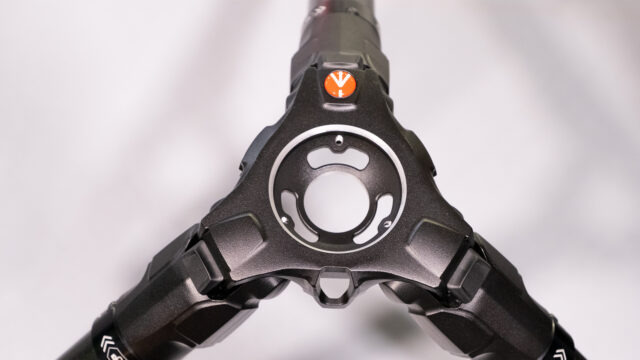 For use with mid-size fluid heads such as the Nitro N8, the Manfrotto 635 FST is designed with a 75mm half ball, but is compatible with a 60mm half ball adapter too.

Manfrotto have also announced the 645 FTT tripod, which we have checked out too, watch this space for that article and video. The key differences between the two are the twin leg and lock design.

In a competitive market, does the Manfrotto 635 FST tripod stand out to you? Are you looking for a quick release solution for your tripod? Let us know in the comments.