The new Manfrotto Befree Advanced special edition tripod showcased at CP + is aimed at the Sony Alpha crowd, and is the result of a new marketing and product collaboration initiative between Manfrotto and Sony. 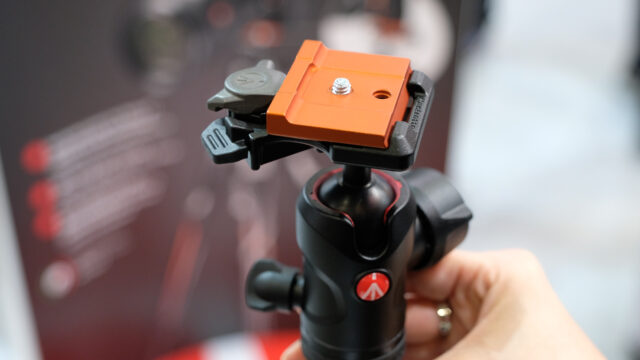 The Manfrotto Befree Advanced is an improved version of Manfrotto’s popular compact travel Befree tripod and is positioned just above of it, keeping its compactness (40 cm when collapsed), but with an increased payload capacity from 4 kg to 8 kg. Additionally, a newly-developed ball head with a friction adjustment and pan lock knobs has been included. These improvements help support heavier cameras and lenses due to an increased locking strength. In addition, the rigidity of the new tripod has also been improved by a complete review of the design and materials. 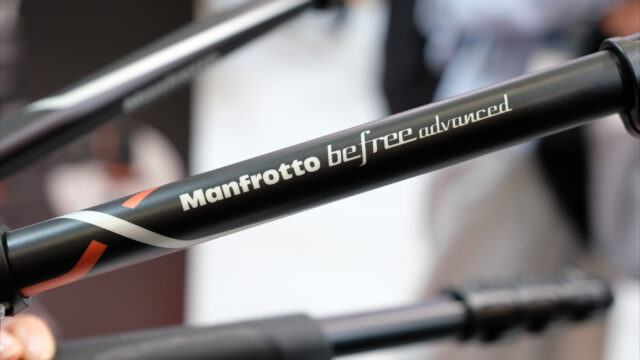 The new Befree Advanced “special edition” is actually very similar in specifications to the original Befree Advanced tripod, but differs by having a colored camera plate which perfectly matches the look of Sony Alpha camera bodies and, as you can see in the picture above, some design elements have been added to the tripod legs too.

According to Manfrotto, this the first step in a close future collaboration between them and Sony, and we can definitely expect future joint products to emerge. The Befree tripod is currently available for purchasing in Japan and Europe, while a worldwide debut planned for the second half of April.