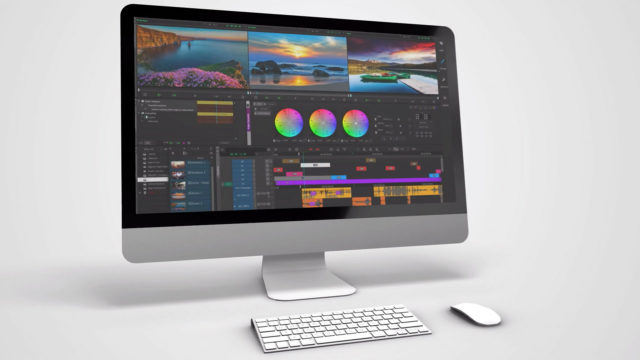 Avid has revealed its latest version of Media Composer, the long-time favorite NLE system for professional users. Media Composer 2019 has been ‘redesigned and reimagined’ from the ground up: a new customizable UI, a next generation Avid Media Engine and new finishing and delivery workflows. Let’s dive in, shall we? 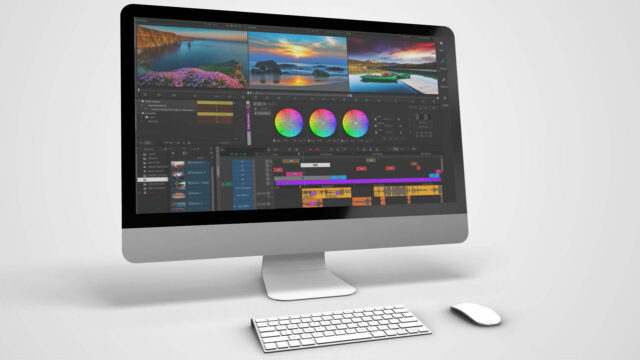 Avid claims the new Media Composer 2019 is both, revolutionary and evolutionary. The goal here is to satisfy longstanding users while attract new users at the same time. Not an easy task, admittedly, but from what you can see in the new version, it really looks pretty promising. Time will tell if performance, compatibility, and ease of use meet that expectation.

Avid’s Media Composer is a heavy-weight in the industry and although many members of the younger generation tend to use alternatives like Adobe Premiere Pro, Blackmagic Design DaVinci Resolve or Apple Final Cut Pro X for their editing, Avid has always been around. Especially when it comes to full-length feature films. 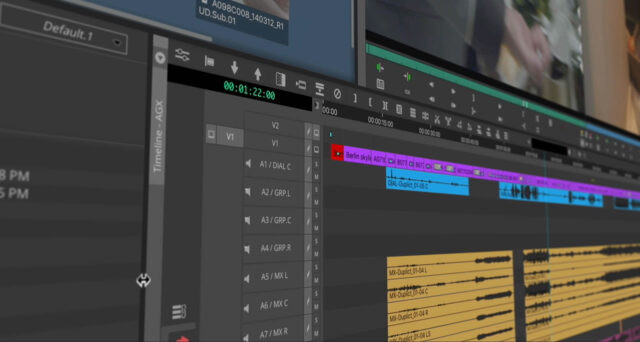 My very own problem with Avid was (and still is) the steep learning curve. You really have to devote a serious amount of time to learn the thing, master the shortcuts, get your head around the numerous oddities Media Composer has to offer. My hope –and it seems that Avid is in the same boat here– is that Media Composer 2019 will take the pain out of that learning process. Granted, you have to know your tool in order to get creative with it but Avid really demands a lot.

First and foremost the new UI (user interface) will be the most noticeable new feature of Media Composer 2019. Back in the days an Avid editor would sit in front of at least two screens with dozens of tiny windows open. The totality of these windows would then form the Media Composer. While it’s nice to place each bin, effect window, preview monitor and audio level mixer in its own dedicated window, it could be pretty crowded and confusing pretty fast. 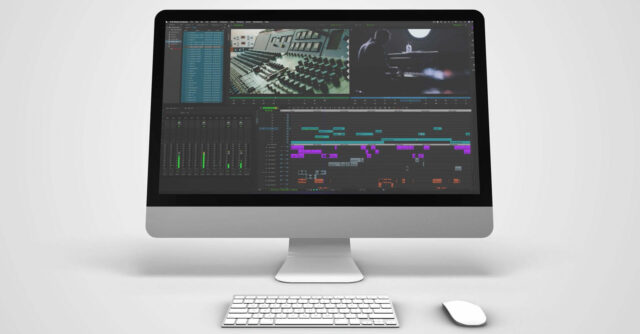 Again, if you happen to be a full-time pro editor, you would sit in front of  a workspace perfect for you, because you made it perfect for you. But for the rest of us, the part-timers, the do-it-alls? It’s just confusing. With Media Composer 2019 Avid introduces a new panelled interface (which is also fully customizable, of course). No more floating windows in front of each other.

Furthermore you can create task-based workspaces, so you’ll only see the tools you need right now (and hide the others). Navigating huge bins is easier and much more intuitive (read: visual). The whole thing actually looks a bit like a best-of-both-worlds approach with elements of Premiere Pro and Media Composer.

There’s a lot more than just eye candy going on here. Under the hood, Media Composer 2019 sports a whole new Avid Media Engine which makes sure everything runs smooth and stable. Native support for MFX OP1a (Material Exchange Format Operational Pattern 1a ), a standard delivery format for most big broadcasters is aboard and effects render in the background.

A new feature called distributed processing streamlines the workload of your project. This feature requires a dedicated plug-in which will be available in late spring for all variants of Media Composer 2019. No more waiting on CPU and GPU heavy tasks to be finished, distributed processing shortens turnaround times and accelerates post production by sharing the media processing load over multiple machines over the network. 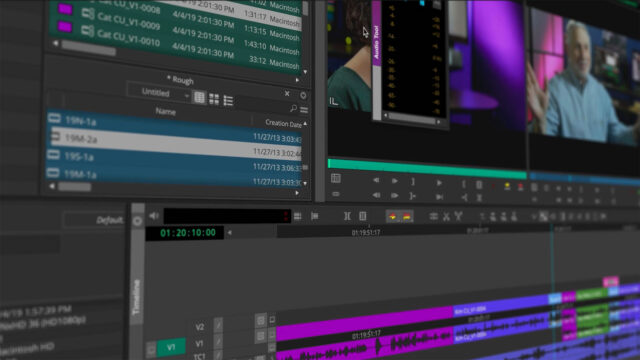 Regarding resolution, is 8K even a thing anymore? 16K is here, people! Well, maybe not quite but just in case you ever happen to need it, Media Composer 2019 won’t let you down. A new 32-bit full float colour pipeline helps moving your pixels through Media Composer at peak quality. HDR is on board, too plus support for ACES workflows.

Furthermore, the app can handle the entire post production: Logging, editing, effects, colour, audio, finishing… it’s all there without the need to leave Media Composer. I personally like the one-stop shop approach better than endless round tripping between applications.

In order to reduce clutter even more, Media Composer 2019 can be configured to display only the tools needed for a given role. A logger doesn’t need an extended FX library. The editor might not need to see all the tools related to delivery. Every role has its very own needs and requirements and Avid can help you with that.

For this feature you’ll need the Media Composer | Enterprise edition, though. It also offers security to lock down content, reducing the chances of unauthorized leaks of sensitive media.

One of the more prominent complaints about Avid always has been that it’s unintuitive and I’m happy to see all the improvements tackling this. As far as I can see Avid wants to make sure that all the flexibility is maintained while providing tools and workflows to hide unnecessary panels, windows and settings if you don’t need them. The goal is to focus on the task at hand with the tools you need right now.

Pricing is not set, yet but I’m guessing nothing changes since Avid sells its Media Composer on a subscription basis. For $19.99 per month (Media Composer) / $49.99 per month (Ultimate edition) you get a license for a year. There are perpetual licenses, too but one of these cost you around $1.299.

links: Avid (you can enter your email address there to be notified once Media Composer 2019 is available.)

Are you an Avid user? What do you think about this major update? Share your thoughts in the comments below!