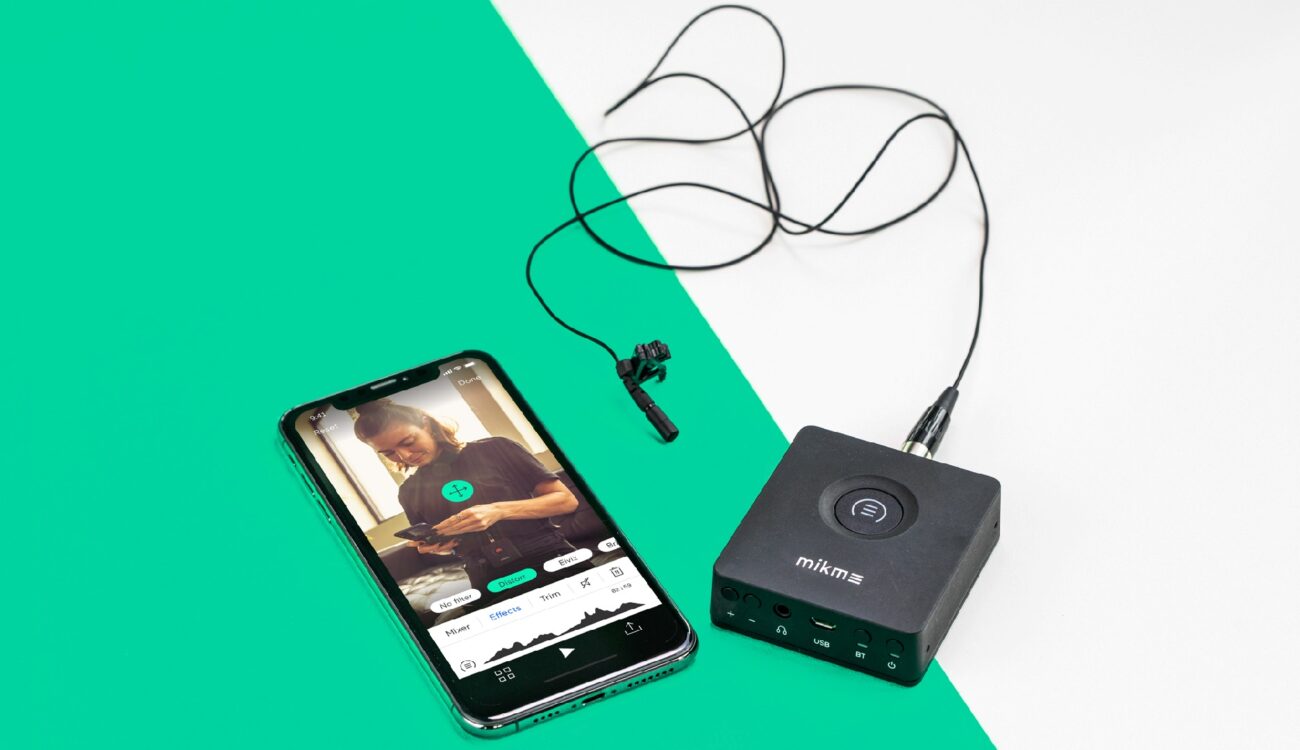 The Mikme Pocket is a compact wireless audio recorder for clip-on microphones – now on Kickstarter. This new wireless audio recorder can act as a stand-alone product (Recorder) or automatically sync wirelessly with an iPhone (there is a failsafe copy recording on the Mikme recorder itself and, simultaneously, the audio is being recorded on the iPhone, too.) The Mikme App allows for 44.1kHz, 24bit high-quality audio to accompany the phone clips. Multiple Mikme Pockets can be connected to one phone. Thanks to the 16GB internal memory, it can provide a good audio source for any camera. 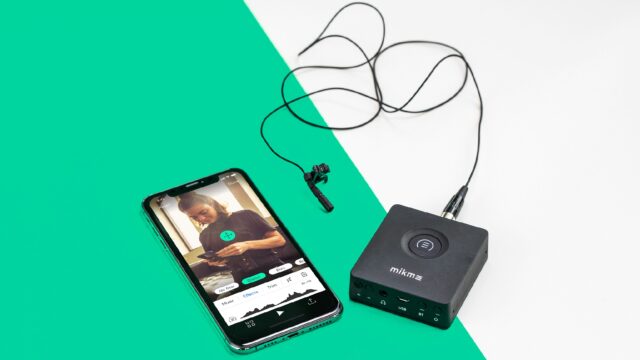 I dare to say that the majority of our regular readers already know how important it is to have good audio in video content. Audio tells the story and it is important to really focus on getting it right. When filming without a sound recordist and under time pressure, it is not always easy. This device could surely help.

Mikme is an Austrian company, specialised on designing audio recorders. It was founded in 2014 in Vienna, Austria, by Philipp Sonnleitner (former product manager at AKG). Back in 2015, they launched their first audio recorder – Mikme. The first Mikme got successfully funded on Indiegogo. For more details about it, please check Nino’s article here.

Now it seems like the Mikme team is back to crowdfunding with their new product – the Mikme Pocket. They are launching the Kickstarter campaign for this new audio recorder today. But what is the Mikme Pocket all about?

For best resulting audio, it is necessary to use the Mikme App. The app is currently available for iOS only, but an Android version is planned to be released later this year. It supports 44.1kHz, 24bit high-quality audio wireless recording. There are no dropouts, thanks to the 16GB internal failsafe copy. Multiple Mikme Pockets can be connected to one smartphone, so recording interviews with more people should not be a problem. The Mikme Pocket also works with third party camera apps – but only in standard bluetooth audio quality, which is 16kHz in 16bit. 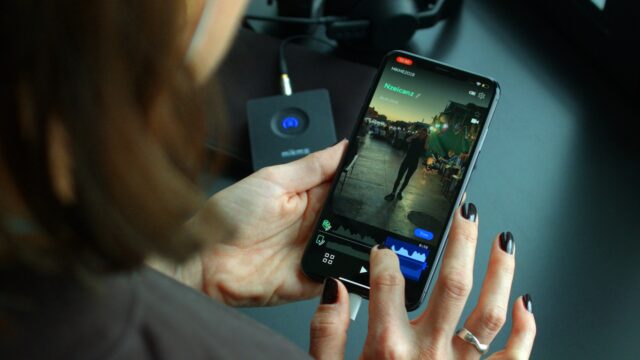 The Mikme App supports live-streaming and has custom video settings, like frame rate, resolution, focus or exposure (manual and lock). Within the app, it is also possible to mix, edit or add effects to your audio files. The final video with its high-quality audio can be instantly published with your own branding.

Mikme Pocket as Audio Recorder with any Camera

The Mikme Pocket can also be used as a traditional audio recorder to provide high quality sound for footage from any camera. It has a 16GB internal memory, which is enough for up to 36 hours of uncompressed WAV audio (up to 96kHz in 24Bit) or up to up to 370 hours in compressed M4A format.

When using an iPhone, it is possible to wirelessly start and stop audio recording and monitor the audio during recording on multiple Mikme Pockets (and vice versa, when pressing the Mikme record button, the iPhone, if connected, will start to record simultaneously).  The audio files are stored on the internal memory and can then be offloaded to the editing computer via USB port on the Mikme Pocket or via the phone directly. 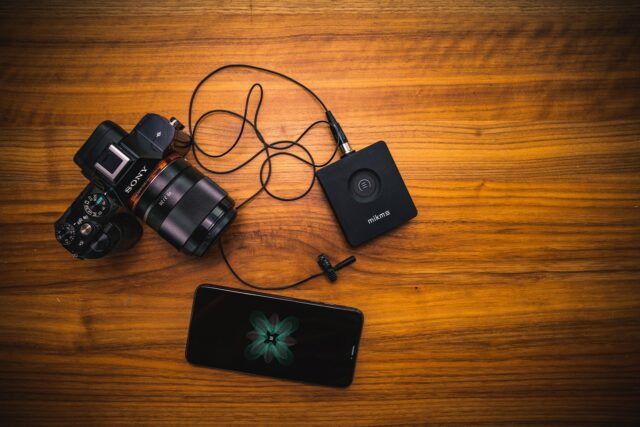 The Mikme pocket uses a mini XLR connector as a professional and secure way to connect the supplied microphone to the pocket body. 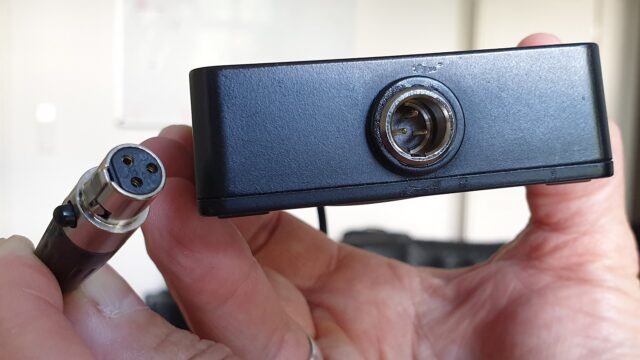 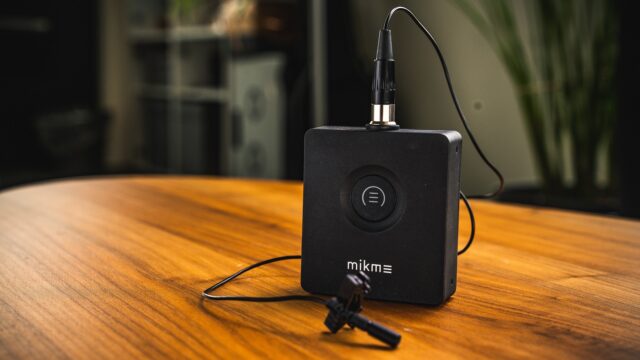 There are, of course, other compact audio recorders on the market already, from Tascam, Zoom, or Sennheiser. They all have their strengths and weaknesses. After testing a pre-production model of the Mikme Pocket on various shoots over the past two months, we can say that it works very well and the audio quality is good.

We say this at the end of every crowdfunding-related article: Please be aware of the risks when backing a project on a crowdfunding platform. Please read Kickstarter’s terms of use – especially Section 5 “How funding works”. Keep in mind that there can be significant delays when delivering the product. Some projects even don’t get delivered at all.

What do you think of the new Mikme Pocket audio recorder? Do you have any experience with the first generation Mikme? How do you record sound when shooting with a phone? Let us know in the comments section below.