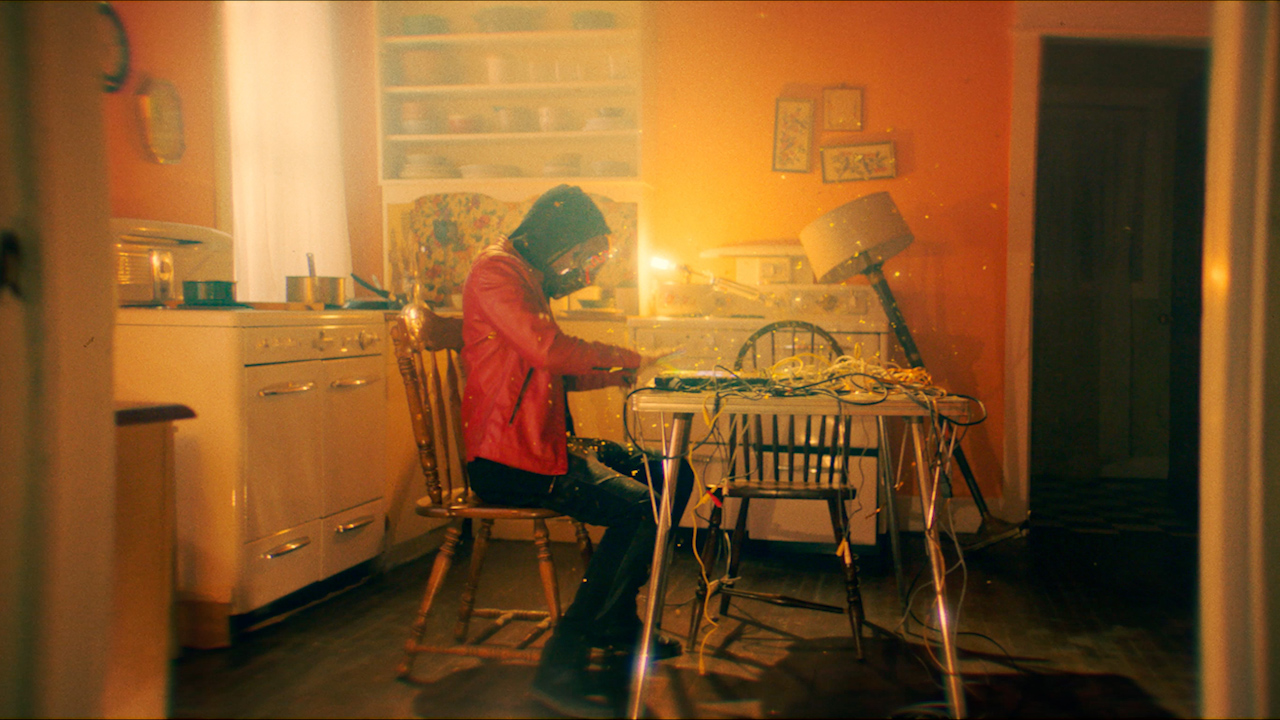 In this guest post, Canadian cinematographer Matt Bendo shares his creative approach to working on music videos, using barn glass as lighting effect and explains why motel rooms are not ideal sets.

Matt’s work was already featured on our site before. We caught up with him once again, to talk about how exciting experimental workflows can be. Check out our interview with Matt, in which he tells us everything we wanted to know about his most recent work on a music video.

A little introduction to begin with?

My name is Matt Bendo and I am a cinematographer based in Toronto, Ontario, Canada. In April 2018 as well as 2017, I won the CSC (Canadian Society of Cinematographers) Award in Branded Content for my commercials “Legacy” and “Storm”, respectively. In addition to working as a cinematographer, I am also a director. I work on a variety of productions such as shorts, documentaries, music videos, and commercials. Overall, I am a very passionate visual storyteller.

Music videos are a great opportunity to experiment and take risks. I love music videos because you’re less bound by reality when compared to a narrative film. If you wish to have a person walking up the side of a wall – defying gravity – in a music video, you can do that. Everything can be justified by your personal interpretation of the music. In this above video, I had the lights of the apartment building burst into dynamic animations because the song made me feel like that’s what should be happening. I was excited to work on this project, because I knew there would be a lot of challenges to overcome with the lighting design.

How did these dynamic lighting setups serve the story?

How were these dynamic lighting setups accomplished?

The dynamic lighting was accomplished by coupling a few different tools together. This included KinoFlo LED RGB FreeStyle Selects, RatPac Dimmers, incandescent bulbs, a laptop, iPad, and Ableton Software. The lighting philosophy is comparable to synchronized concert lighting. The animations/cues were set with keyframes and would play back in synchronization with the music. Lighting playback would be the exact same each time, in order to maintain lighting continuity during the editing process. Everything was hooked up with DMX control. I asked my board operator Mark Klassen – who is a fantastic visual storyteller in his own right – to provide a synopsis regarding the technical specifications of the setup:

“In between the DMX controller and Ableton Software was a hardware device from a company called Enttec. The specific product was the DMXIS which connects to your computer via USB and outputs both 5pin and 3pin DMX. It only supports one universe of DMX (512ch). However, for a small operation where you’re controlling just a couple fixtures, it does the job well and is very reliable. Fixtures that require 1-5 channels are relatively straightforward to program. Once you start getting into moving head lights and other advanced fixtures it becomes a bit cumbersome to program. The lovely thing about working in Ableton is that you can map out most functions to a Midi controller and have a physical way to program the lights. Programming within Ableton, for someone like me who is still new, can be time-consuming. I should note that several other lighting programs support DMXIS. I decided to use Ableton because it was the first program recommended to me when getting into light programming and it’s very versatile.”

Below is a video showcasing the development and testing of the rig.

Why did you choose to work as both, the Director and Cinematographer?

I chose to work as both for this project, because it allowed me to create the visuals I desired, while streamlining the decision-making process. I am a cinematographer, but directing the project as well allowed me to make decisions that would cater to my cinematography desires. I’m always looking to push my limits and try to learn as much as I can with every new project that I undertake. I think it’s really important to put ourselves in positions that make us feel uncomfortable so that we can grow. Having a large amount of creative control on the project worked well for me, because there was a lot of improvisation on set and last minute problem solving. 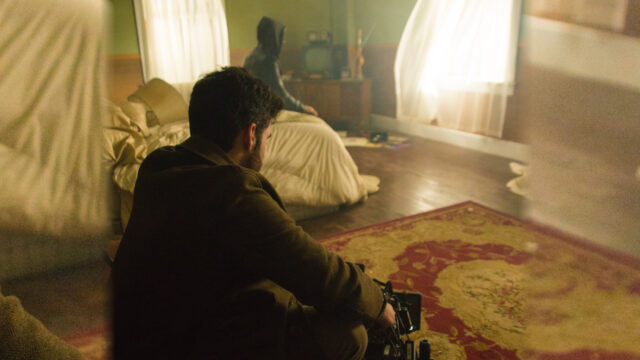 How did you come up with the concept for this music video?

The majority of times, I develop my concepts from a single visual image that pops into my head. It is rarely a story that sparks my ideas, but rather a scenario that allows for visually striking images to be created. After listening to the song, I imagined the artist sitting on a motel bed, as the lights around him moved to the beat of the music. Starting with that visual scenario in my mind, I began to develop the concept outwards, in order to justify that initial visual desire. From there, I would build a story and begin to discover the concept for myself.
During the preproduction process, I like to edit and prepare a video with visual references that help me communicate the mood and pacing of the project. Doing this allows me to understand how much footage is needed for each segment before production actually takes place.

You previously worked with Mason Jars to create lighting effects. Did you do anything similar during this project?

I really love to experiment with different types of glass modifiers in front of my light sources (Here is Matt’s article on experimenting with mason jars). In this music video, I used an old piece of barn glass in front of a fresnel source. My Gaffer, Samuel Pollock, and I created an aluminium frame to house the sheet of glass. The glass had all sorts of interesting warps throughout that allowed me to create interesting patterns of light. I had a fresnel lamp on a dana dolly that would scan across the barn glass. This is similar in principal to the mason jar article. Due to the haze, the barn glass light not only created texture on the surfaces it was hitting, but on the areas that that light was travelling through as well.

Here is a video showcasing the effects that the barn glass created:

What lenses/camera were used for the video?

This music video was shot on the ARRI Alexa Mini with the Cooke 2x Squeeze SF Anamorphic lenses. During colouring, we added chromatic aberrations, halation, blur, and other artefacts into the image around the edges. We found the lenses to be too optically clean for this project and this helped to give our images a unique look. I was surprised at how organic the final images looked. I tend not to use filtration in front of my lenses because I like to keep my footage as clean as possible and wait for my colouring session in order to burn a look into my image. The music video was finished in a 2.66:1 aspect ratio, which is different from the usual 2.39:1 / 2.35:1 anamorphic aspect ratio.

How was colour used to tell the story and accentuate the cinematography?

I work with a colourist named Clinton Homuth, who is based out of Alter Ego in Toronto. His colouring added an element to the look of the music video that I would not have been able to achieve on my own. We visually separated the music video into different acts by using a distinct colour palette for each scene.
I believe that the scene, where Sickick is playing the drum machine on the kitchen table as gold dust falls from above is the most visually striking one. We decided to have the atmosphere of the room be cyan and then have the colour shift to orange when the post-chorus hits. The use of colour contrast in this transition creates a strong juxtaposition that makes the change in aesthetic more impactful. There is a lot of visual stimulation that is happening in that entire sequence.

My production designer Avalon McLean-Smits played a key role in helping me develop the colour palettes of the music video. Our goal was to create a strange, retro-futuristic, and era ambiguous aesthetic, while conforming to a strict colour palette. We wanted to incorporate the perfect amount of oddity into the set decoration without going overboard. A lot of the feelings that I was trying to instil in the audience are due to the production design. I was lucky enough to have a production designer that was very enthusiastic about the project and helping me achieve my vision.

Did you shoot on location or on a set?

Originally, the production was supposed to take place on location at a motel, but we were not able to find a motel that fit our desired aesthetic. The motel locations were too small and would not allow for us to create the desired amount of depth we wanted in our shots. Also, it would have been hard for our large crew to be able to move freely.
We decided to shoot at a studio called Digital Canaries out in Hamilton, Ontario. A benefit of Digital Canaries is that it is not only a studio, but a prop house as well. We had access to hundreds of different vintage art decoration pieces that allowed us to create the aesthetic that we originally desired.
Shooting in a studio allowed everyone to move freely and work efficiently. It also allowed us to have our lights stationed outside of the fake set windows. This was important because our setup process required a pre-light day. We were able to keep the lighting setups built overnight throughout our 3-day shooting schedule.
The proper power solutions and space available allowed us to build up the concept exponentially because we had enough resources to incorporate a lot of practical and dynamic character blocking.

For having an overall impression of our production, I would recommend checking out the “Behind The Sickness” BTS video created by Rayn Magic:

Luckily, I was able to work with an incredibly talented group of individuals that worked hard to create this project. You need to be able to place a lot of trust in your crew, if you want them to perform to the best of their ability, in order to create something together that everyone involved can be proud of. 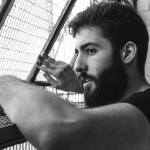