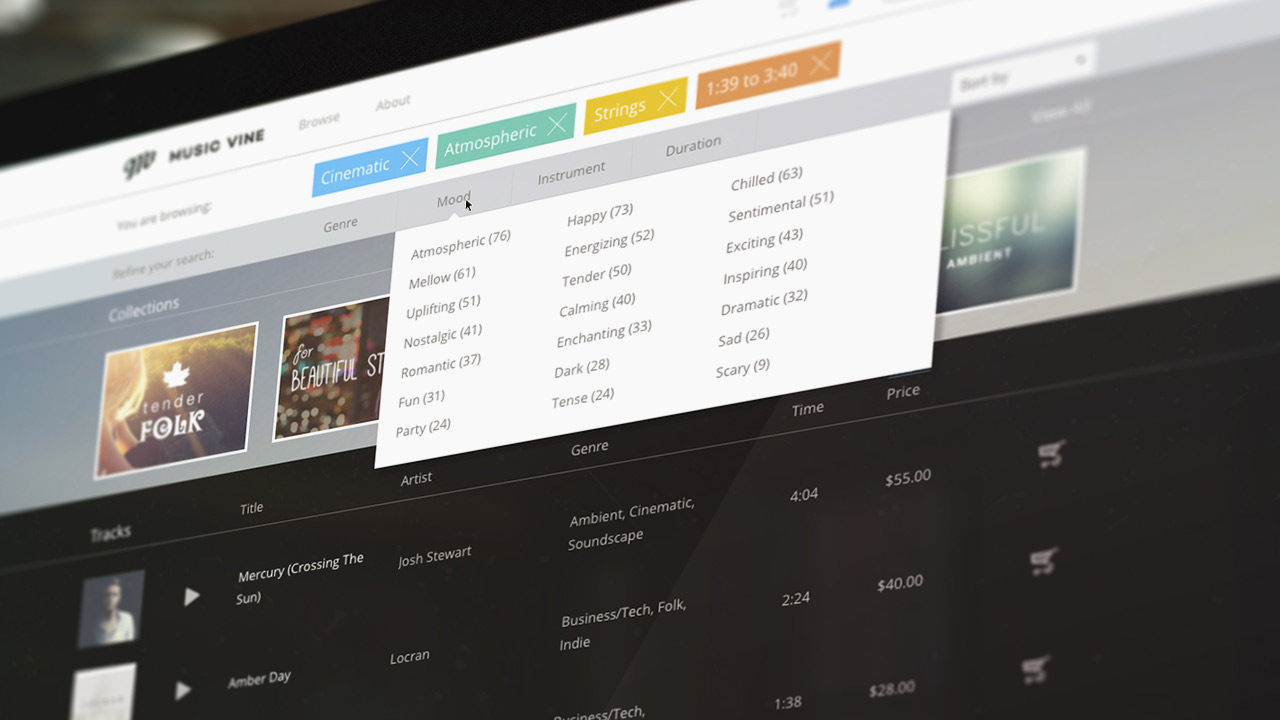 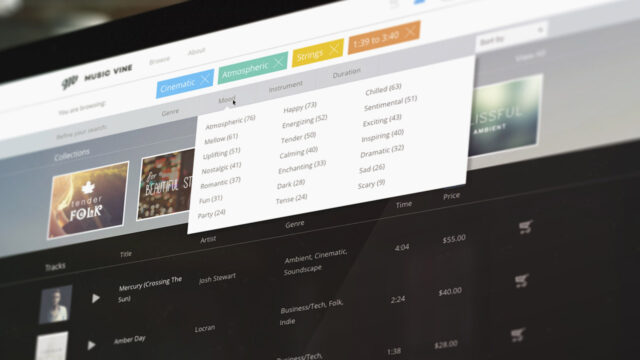 Music Vine is a new music licensing platform for filmmakers that offers some quality tracks at an affordable price-point. With an expanding database of songs, they’re joining the race to add better music to your films.

Over the last decade, quality standards in video and film have made leaps and bounds of progress. Audiences can now expect stunning cinematography and crisp, vibrant visuals as a given—and if video content is to stand a chance at holding its viewers’ attention, it must speak with authenticity and personality.

So far, Musicbed has been the key player for filmmakers trying to source quality licensed tracks. They were the first resource to bring the aural artist to the filmmaker and since then, they’ve steadily grown and improved their catalog. Lately, we’ve seen a boom in the number of music-licensing platforms available—Art-List and Filmstro are just two examples of the companies that have entered the scene—providing quality music in an affordable manner. In fact, the number of start-ups in this area seems to jump up each month.

It is certainly exciting to see the arrival of new creative resources for filmmakers, aimed at helping them to make strong, thought-provoking content. As a filmmaker, I welcome each and every new platform readily and Music Vine looks like a great addition to the pack.

We spoke to the people behind Music Vine after their recent launch and they seem very eager to make their platform a major player in the licensing business. So far, their database is limited to 51 artists but they seem to have worked extremely hard to ensure that their music licensing platform has intuitive design features and a good level of usability—both of which were aided by the fact that some of the tracks are indeed convincing pieces, while some some others are more generic. That said, at between $28-$55 per track for online usage, it does seem to be a fairly competitive music licensing platform and is well worth checking out.

That’s what we’re building with Music Vine – a platform that celebrates the craftsmanship in great music but that isn’t elitist in who can access it. We believe that everyone should have access to the best resources – not just those who can afford to pay an absolute premium. 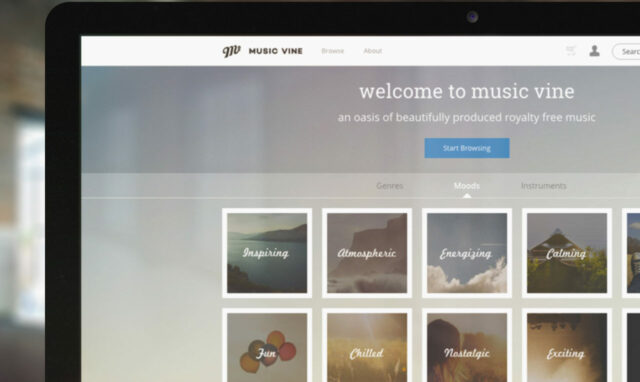 When it comes to their music selection, the founders of Music Vine say that they’re aiming for breadth – with tracks spanning from Jazz to Electronica and from Hip-Hop to Classical. Their licensing models support web, broadcast, and film at different prices.

Although they don’t have a huge selection of music on the site yet, they did assure us that it is quickly expanding. It’s exciting to see another music licensing platform enter the market. Given the appealing price point, we’re curious to see where Music Vine will go—and if they will be able to live up to the quality standards of some of the contenders with premium prices.

Get 20% off your first license purchase with promo code: C5DMV20
Check out Music Vine at their site, musicvine.net