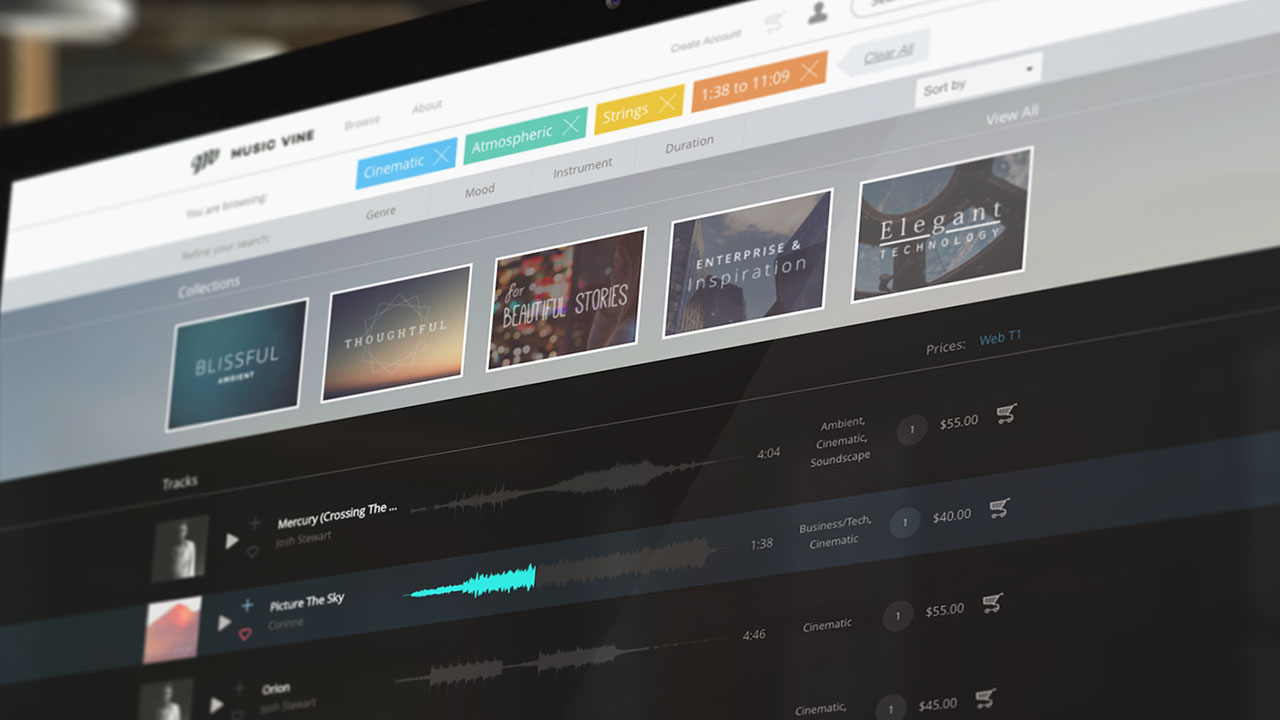 Since we first looked at Music Vine back in March last year, they have steadily grown and worked on becoming a more prominent player in the music licensing arena. Now with a broader catalogue of tracks and a refurbished interface, the platform looks to be maturing as they solidify their position in the market. In their own words, they’re “offering a refreshingly diverse selection of top-end music at affordable licence prices.” – Sounds promising. Let’s take a closer look.

It seems like music licensing is becoming a growingly crowded field, which is the best that could happen to us filmmakers. As there’s more competition, we see prices go down and quality go up. This is also the case for Music Vine, as they started out with a limited collection and a limited set of features that has now received several updates and can better compete with other music licensing platforms like Musicbed, Art-List, Marmoset, Audio Network and Filmstro, just to name a few. 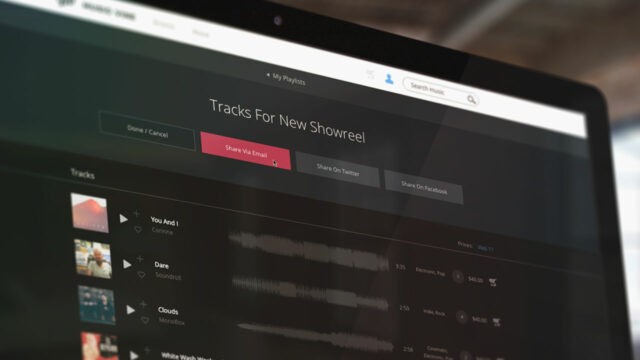 The guys at Music Vine have recently added 5 new features to the site and gave us a run-down on the enhancements:

Just like we’ve seen it on most other platforms, Music Vine have added a sizeable waveform visual to their tracks. This is a big one for them, as you can now start playing a track midway through by clicking at a certain point along the waveform. Also there is minimal lag, the whole site is fast and responsive, which is always important when you have to listen to hundreds of tracks to find the right one for your project. 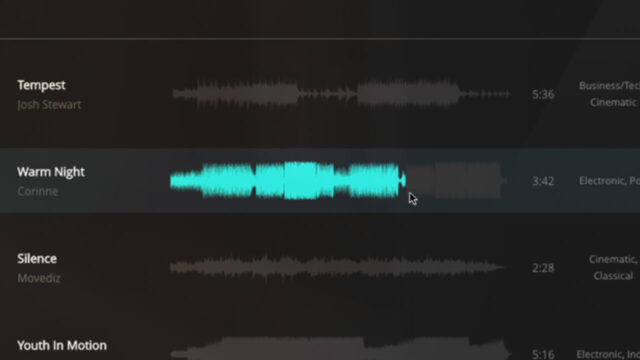 You can now add tracks into personal playlists. While playlists certainly aren’t a groundbreaking feature for any serious music licensing site, the way it works on Music Vine is refreshingly straight-forward, with some very handy sharing options. That last point gives you the ability to share selections with your clients or team. Very useful. 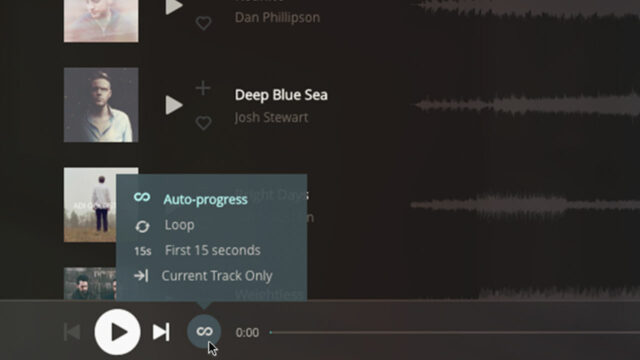 For many of us, it’s not uncommon to play a track in the background to see how it works alongside footage, something that is often an awkward juggling act. The chaps at Music Vine have endeavoured to offer some help here by including several new playback options. One of these is a mode called ‘first 15 seconds only’ which, as you’d expect, plays only the first 15 seconds before moving onto the next track. This can be useful for those who like to set a collection playing in the background while they work, just to listen out for the ‘right’ track. 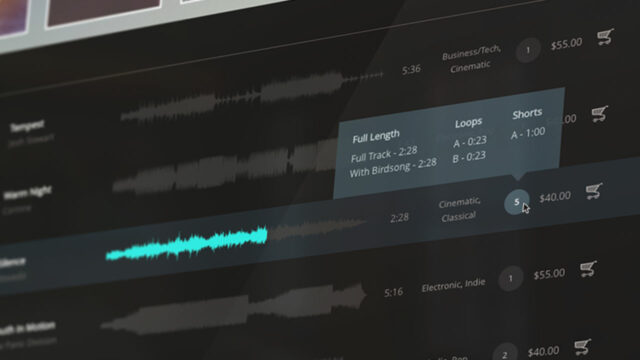 At Music Vine many of the tracks have alternative versions that come bundled-in when you purchase the licence. This is a great benefit and certainly something we’d like to see on other platforms as well. Audio Network offers a number of alternative tracks for a lot of their huge selection and other platforms also offer tracks as instrumental options for example. But on Music Vine there is no additional charge or licensing for the extras.

With that in mind, the new ‘versions icon’ on the main browse page shows how many versions are included with each track and when you hover over the icon it provides a summary of those versions. The slight downfall here, however, is that we can’t preview those alternative versions – but the Music Vine team said that they are working on this as well.

We did previously mark the platform down a little because of the audio ‘watermark’ that would regularly intrude while browsing. This has now been given the boot which is great news.

Co-founder, Lewis, has explained to us that they are currently rebuilding the Music Vine platform from the ground-up after having received significant investment in autumn last year. We’re pretty happy with the current updates, but we’re looking forward to find out what else they will have in store for us.

On a side-note, this update also falls together with Art-list.io‘s relaunch of their site, that we heard about earlier this month and is due to hit us next week. It’s great to see these music licensing sites grow and thrive. Right now most of them continue to follow in the footsteps of Musicbed, which is the largest site with over 600 musicians, lots of quality tracks, but also the most expensive licenses.

Get 20% off your first licence purchase with discount code: C5DMV20
Check out the Music Vine website here: musicvine.net