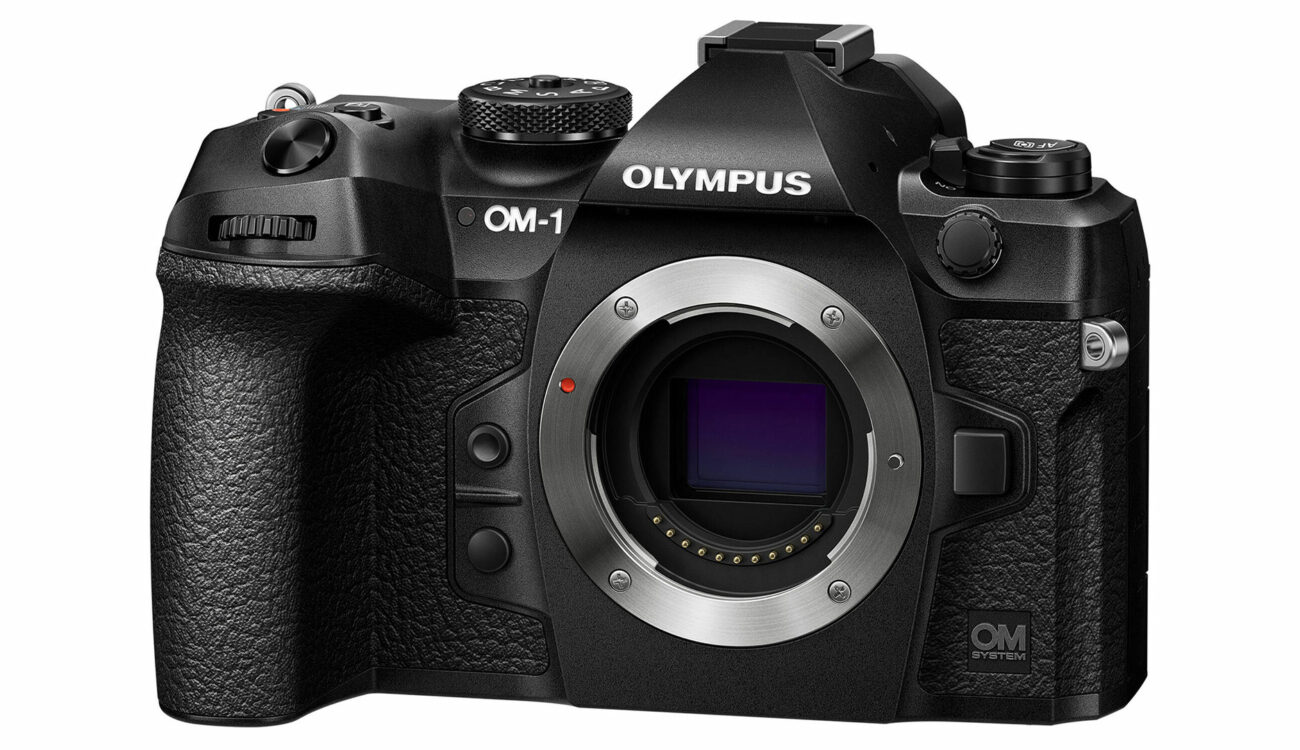 Back in 2008(ish), Olympus used to be at the forefront of the mirrorless camera evolution when the company (along with Panasonic) created the Micro Four Thirds (MFT) system. In the years after that, Olympus made quite a few camera bodies and lenses for the MFT system, some of which got really popular for their nice combination of compact size and good image quality along with a really good IBIS.

While for filmmakers, Panasonic has always been the more prolific of the two MFT companies, for the last few years Olympus really tried hard to catch up in this regard – they introduced some high bitrate modes as well as an OM-Log gamma curve. The last Olympus camera we reviewed was the flagship Olympus OM-D E-M1X. Even despite having some successful camera bodies and lenses, sales numbers apparently did not look good enough, and so Olympus decided to sell the imaging division in 2020.

The new owner of the OM-D and ZUIKO brands and all the technological know-how, Japan Industrial Partners (JIP), claimed from the beginning that they want to resurrect the brand and keep developing cameras and lenses. In October 2021, the OM SYSTEM brand was created and the development of a new camera was announced. Now, this new camera has finally been announced, so let’s take a closer look at the features and specs of the OM SYSTEM OM-1.

The OM-1 camera (interestingly, it still has “Olympus” written on the body) features a newly designed 20.4MP stacked BSI Live MOS Micro Four Thirds sensor along with a TruePic X processor for a faster readout rate of up to 120fps. In photo mode, the camera features continuous shooting of up to 10 fps with full-time AF/AE (169-frame raw buffer) when using the mechanical shutter. With the electronic shutter, photographers get 20 fps shooting with full AF/AE (108-frame raw buffer). In SH1 and SH2 blackout-free shooting modes, the camera offers up to 120 fps without AF/AE and 50 fps with AF/AE.

When it comes to autofocus, OM SYSTEM claims that the OM-1 offers a Cross Quad Pixel AF and AI Detection with 1,053 individual focus points covering the full sensor and operating at 120 fps. The system detects color and contrast information from across the sensor and performs eye detection on humans, birds, dogs, cats, and detection of non-organic subjects like cars, motorcycles, airplanes, helicopters, and trains. According to the company, focus performance is twice as accurate and 3x faster than previous versions of the focus system.

In-body 5-axis image stabilization (IBIS) compensates for up to 7 stops of camera shake. Eight stops of compensation are available with select IS-equipped Micro Four Thirds lenses. IBIS, of course, works for both video and stills.

Further photography features include a High Res Shot composite function that creates 80MP raw files (on a tripod) or a 50MP raw file (handheld) with 2 stops of reduced noise performance and improved color rendition. A Live ND mode digitally simulates the effects of an optical neutral density filter up to 6 stops (ND64) for long-exposure photos. Live Composite mode slowly builds up an exposure over time without blowing out brighter areas of the frame, allowing you to see the exposure’s progress in live view monitoring (for light painting and other creative approaches). The camera also supports a handheld Focus Stacking mode that records and stacks 15 frames for extended depth of field in close-up shooting.

The OM-1 offers 4:2:0 10-bit internal video recording in H.265 which tops at DCI 4K 60fps (152 Mb/s). Slow-motion video recording is also possible in Full HD up to 240fps. Additionally, the camera also offers internal H.264 modes in 4:2:0 8-bit. The full list of available resolutions and frame rates looks like this:

When it comes to picture profiles, the OM-1 offers HLG picture mode for in-camera HDR recording as well as OM-Log gamma curve for the most dynamic range and more flexibility in post-production. Video shooting ergonomics are provided with a 3.5mm microphone and headphone ports for audio recording and monitoring.

The video specs of the OM-1 are very similar to the LUMIX GH5 II, but the OM SYSTEM camera does not have the anamorphic modes. I am afraid that with the upcoming LUMIX GH6 announcement, the OM-1 will, again, be more popular with photographers than with filmmakers. What do you think?

The OM SYSTEM OM-1 is able to output a 12-bit raw video signal via its micro-HDMI connector (unfortunately not a full-size HDMI like Panasonic). This is available up to DCI 4K resolution 60fps. Atomos already announced that both Ninja V and Ninja V+ will be able to record the raw video stream from the OM-1 and save it as 12-bit ProRes RAW in up to DCI 4K 60fps. Support for the OM-1 will be made available with a firmware update from Atomos, which is currently scheduled for release in the first half of 2022.

The OM SYSTEM OM-1 features a durable magnesium alloy body that is dust and splash resistant to IP53 and freeze-proof to -10°C (14°F). The shutter is rated for 400,000 actuations. The camera uses a BLX-1 Li-Ion battery which is rated at 520 shots per charge. In-camera charging is available via the USB-C port. The good news is that the OM-1 has dual UHS-II SD memory card slots that allow for backup file saving or additional memory options.

The OM-1’s electronic viewfinder has a 5.76m-dot OLED display with an 0.83x-equivalent magnification, a 21mm eyepoint, and a 120 fps refresh rate. The rear LCD is a 3.0″ 1.62m-dot touchscreen with a vari-angle design allowing 270° of swivel for working at odd angles.

Along with the new OM-1 camera, OM SYSTEM also announced the upgraded M.ZUIKO Digital ED 12-40mm f/2.8 PRO II lens that offers a 24-80mm equivalent focal length and constant f/2.8 maximum aperture. The lens focuses down to 7.9″ and is also IP53 rated. The second new lens is the all-new M.ZUIKO Digital ED 40-150mm f/4.0 PRO lens with its 80-300mm equivalent in compact and lightweight construction which is also rated at IP53.

Do you use an Olympus camera or any other Micro Four Thirds body? What do you think about the new OM-1? Let us know in the comments section underneath the article.