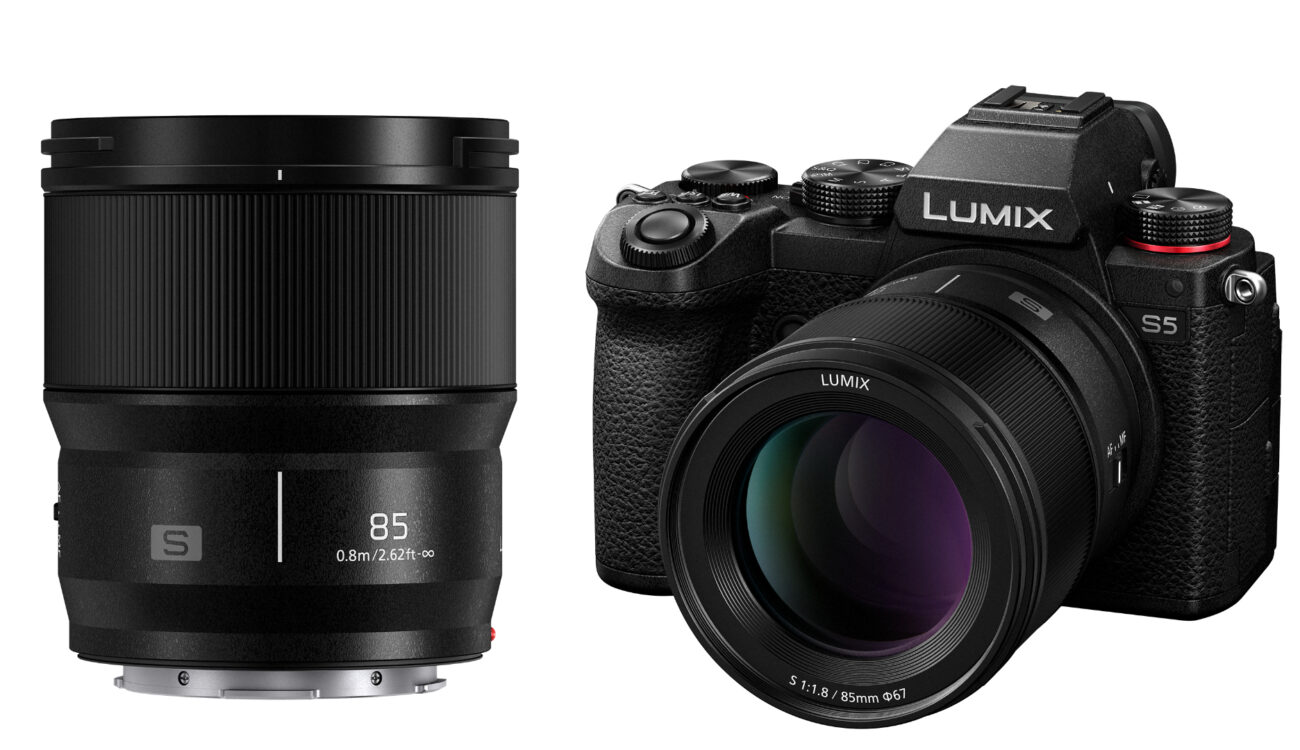 This new line of LUMIX S prime lenses all share the same compact size, almost the same weight and same position of rings for easy lens swaps while filming with a gimbal, for example. All four lenses share the same fast F1.8 aperture, as well. A family in the most literal sense of the word.

Furthermore, Panasonic claims that this lens (and the other upcoming lenses) minimize focus breathing, a traditional weak point of stills lenses when shooting video. So, this new LUMIX S 85mm F1.8 could be a decent all-rounder for both, stills and video.

All four lenses sport a 67mm front diameter for additional filters. Each lens comes with a lens cap, a rear lens cap and a lens hood.

No IS, no Manual Iris

However, this lens does not sport any kind of image stabilization (IS), nor does it offer a dedicated iris ring – points to consider when shooting video. But, I do like the approach of developing a set of four lenses with matching dimensions and weight, as it is very helpful.

The new line features autofocus (which can be switched on and off on the lens itself) and the design is dust- and splash-resistant. Regarding freezing temperatures, Panasonic claims it will work down to -10 °C.

This upcoming zoom lens is still in development and will be, of course, way bigger and heavier than its smaller prime cousins. The roadmap does not tell us when the rest of the primes or the zoom lenses will hit the market, but I think we will have to wait until 2021 for them to arrive.

There is no word on pricing, yet.

What do you think? Is a set of four commonly sized lenses worth a closer look? Share your thoughts in the comments below!