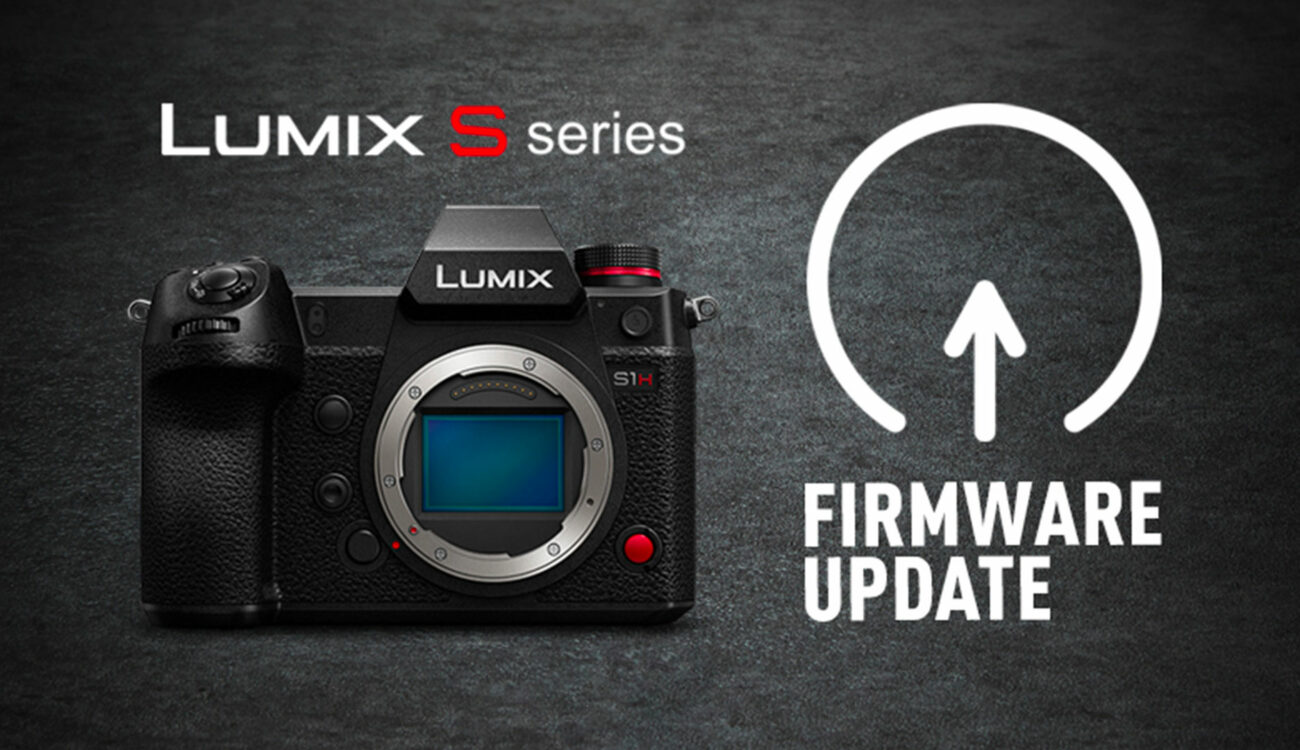 For the Panasonic S1/S1H/S1R, all cameras will have improvement to the autofocus technology. This upgraded AF comes directly from the LUMIX S5. According to Panasonic:

In addition to eye, face, and body AF, the head is also separately recognized by real-time detection technology to provide even more precise focusing. The cameras will keep tracking the subject even if they move quickly, turn their back to the camera, tilt their head, or move far away.

Improvements to the DFD technology have also enhanced AFC, which enables users to keep tracking small or fast-moving subjects to capture them in crisp focus. These updates benefit users in both photo shooting and video recording scenarios.

These firmware updates should be available by the end of this year, free of charge.

What do you think of these upcoming firmware updates for the Panasonic LUMIX S1/S1H/S1R? Do you consider getting any of these cameras, or do you plan on getting the S5 directly? Don’t hesitate to let us know in the comments below!

In my second purchase I bought the S1 “the low light monster” than the S1H came out shortly after (I should have know better) The S1H better fits my needs now I’m into the Panasonic brand at the cost of 2 cameras.

Panasonic is awesome and leads the manufactures in “Imagination” They are truly innovators.
As with other great things they have a serious weakness of understanding what they are doing with these “jewels”.

I highly doubt they understand how often an “S1” buyer can upgrade their camera. “really” understand and consider where that money came from for the camera purchase. Of course some can and will chase the latest camera but some will not unless there is a ground shaker advance.

Panasonic is training their customers into a corner of not supporting them on a regular basis.
I know I’m right becuase after watching an interview about the S5 with a Panasonic rep. He stated they DO NOT CARE if they step on the toes of their own products.

So be careful and don’t hop on their newest trick to quick, be a quick learner.

In the past I NEVER hesitated, that’s changed. Don’t be surprised if the S5H appears soon.

I am another S1 owner who feels betrayed by Panasonic …
I am using th S1 with canon L series lenses and i don’t expect anything better for autofocus options…
but since i have also paid for the v log update i feel stupid that the ‘cheap” series of the FF lumix cameras , S5 , has more advantages that my much more expensive S1 package …
What i want is at least all the S5 video capabilities .
i understand that S1 is not manufactured to be S1H but it’s silly the better constructed than the S5 , S1 camera , to have the less possibilities . So , S1 has the possibilities but mother Panasonic to keeps them in the closet for merchant reasons ?
If the update is not going to satisfy me i will leave Panasonic and try to go back to canon which i have left for Panasonic after 12 years of relationship …

Panasonic should give some “love” to early S1 buyers and “V log code” buyers, The perfect gift whould be some better codecs or at lease bitrates, becouse this autofocus is rather a joke, no one will ever use this unreliable AF system for any kind of job.

If they added braw I’d buy the s1h instantly

Im sorry to say but Im really disappointed in the change on the new site, I find it to be counterintuitive & all over the place. Wen scrolling it starts w/ Latest, then the rest, this is really confusing. Im really hoping to see some changes, I did alway enjoyed the articles.(https://t.co/vRXM1jbzll)

Big hopes on the autofocus ! 120 fps 4K would have been the only other missing point on this excellent camera.

What a joke for S1 owners… the S1 not getting high res modes that match the S5 is a giant middle finger to every early adopter that went for the S1 — You know, their original hybrid video/photo camera option, that Panasonic is now calling a photo centered camera with the release of the S5. The S5 was built on the backs on S1 buyers, and S1 buyers are being in tossed aside.

And autofocus updates… Another joke.