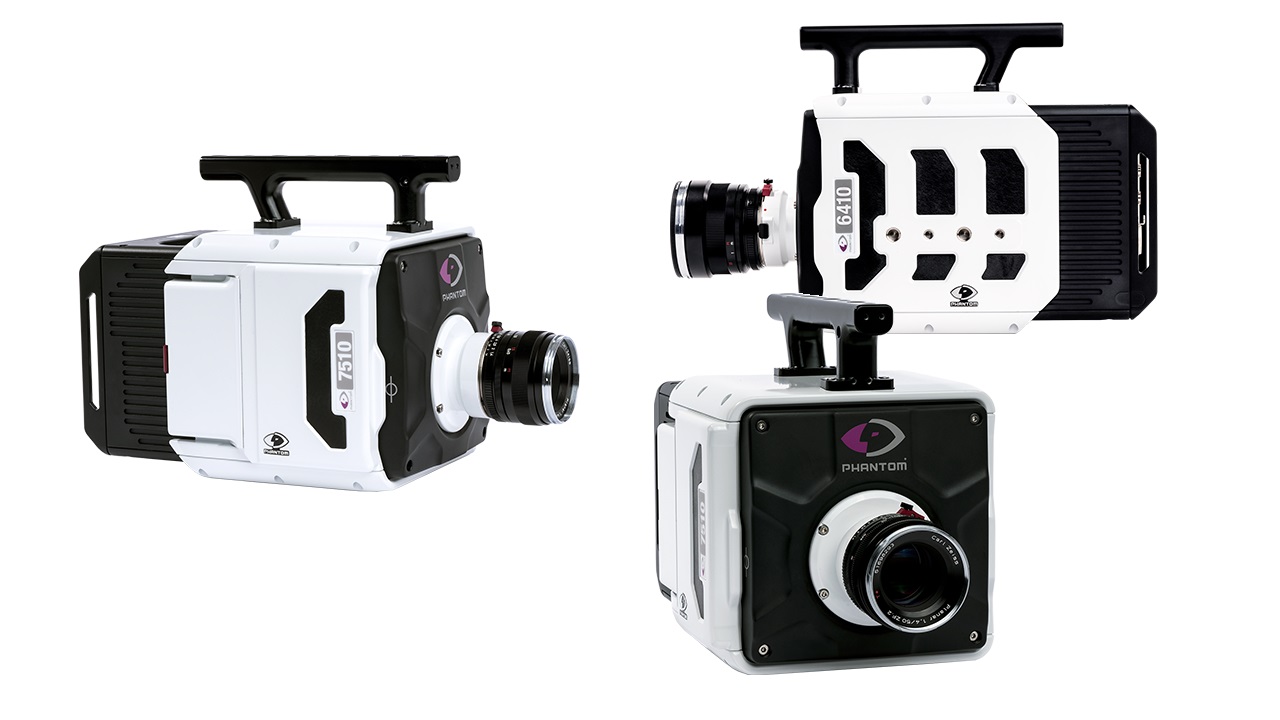 The newly announced Phantom TMX 7510 and TMX 6410 high-speed cameras offer BSI sensors capable of up to 76,000 fps at a full resolution of 1280×800 and even higher frame rates in lower resolution and with pixel-binning. At the same time, the light sensitivity increased to 40,000D ISO for monochrome sensors and 12,500D ISO for color sensors.

The US-based company Vision Research is mostly known for its line of high-speed cameras called Phantom. The company designs and manufactures these cameras in its own factory in Wayne, New Jersey. The use for Phantom cameras ranges from cinema, documentary, and commercials to scientific purposes. Last time we mentioned Vision Research was back in August 2020, when the company announced the new Phantom T 1340 camera. Now, there are two new high-speed cameras: Phantom TMX 7510 and TMX 6410. Let’s take a look at their features and specs.

As Vision Research states, the Phantom TMX Series features the first high-speed cameras to use backside-illuminated (BSI) sensors, achieving up to 75 Gpx/sec and improving light sensitivity. There are two models – TMX 7510 and TMX 6410. The only difference, as far as I understand it, is the achieved maximum frame rate and most likely the price.

Because of the very short exposure times, high-speed cameras need A LOT of light. Therefore, the TMX Series cameras are very light sensitive, with a native ISO rating of 40,000D for monochrome sensors and 12,500D for color sensors. The BSI technology provides greater sensitivity by placing the photodiode closest to the light source, allowing for a smaller pixel size of 18.5 microns for more imaging definition.

The TMX series also offers 2×2 binning for high frame rates to provide users field-of-view flexibility. For example, the TMX 7510 can achieve over 617,000 fps at a resolution of 1280×94 or a resolution of 640×192 in binned mode. The TMX cameras offer a 10Gb Ethernet connection, internal RAM options of up to 512GB, and the ability to partition memory up to 511 times for repeating experiments.

TMX cameras are compatible with the Phantom CineMag non-volatile memory (available in 2 or 8TB) for fast downloading and storage. Like most Phantom cameras, the TMX has interchangeable lens mounts (Nikon F, PL, C, M42, and Canon EF). For power delivery, every camera comes with a 400W power supply with an XLR extender.

Like all other Phantom cameras, the TMX series is only available directly from Vision Research. The company does not publish prices for its cameras, so I do not know how much the new TMX models sell for. Due to the lack of competition and the amount of R&D, the Phantom cameras are, of course, not exactly affordable. When it comes to filmmaking, these high-speed cameras are usually only rented when needed. Although I know of a few productions that own one of the Phantom cameras, it is not common.

Have you ever worked with a high-speed Phantom camera? What do you think about the new Phantom TMX cameras? Let us know in the comments section underneath the article.