You might have heard of Pictar from their very successful Kickstarter campaign. Now that the product seems to be almost ready, we met up with Sean Henry to talk about their iPhone camera grip.

In May this year, the Pictar Kickstarter campaign was successfully funded raising over $300.000. The company claimed to be ready for shipping the units out in November, so we caught up with them at Photokina 2016 in order to talk in-depth about this new kind of iPhone camera accessory. 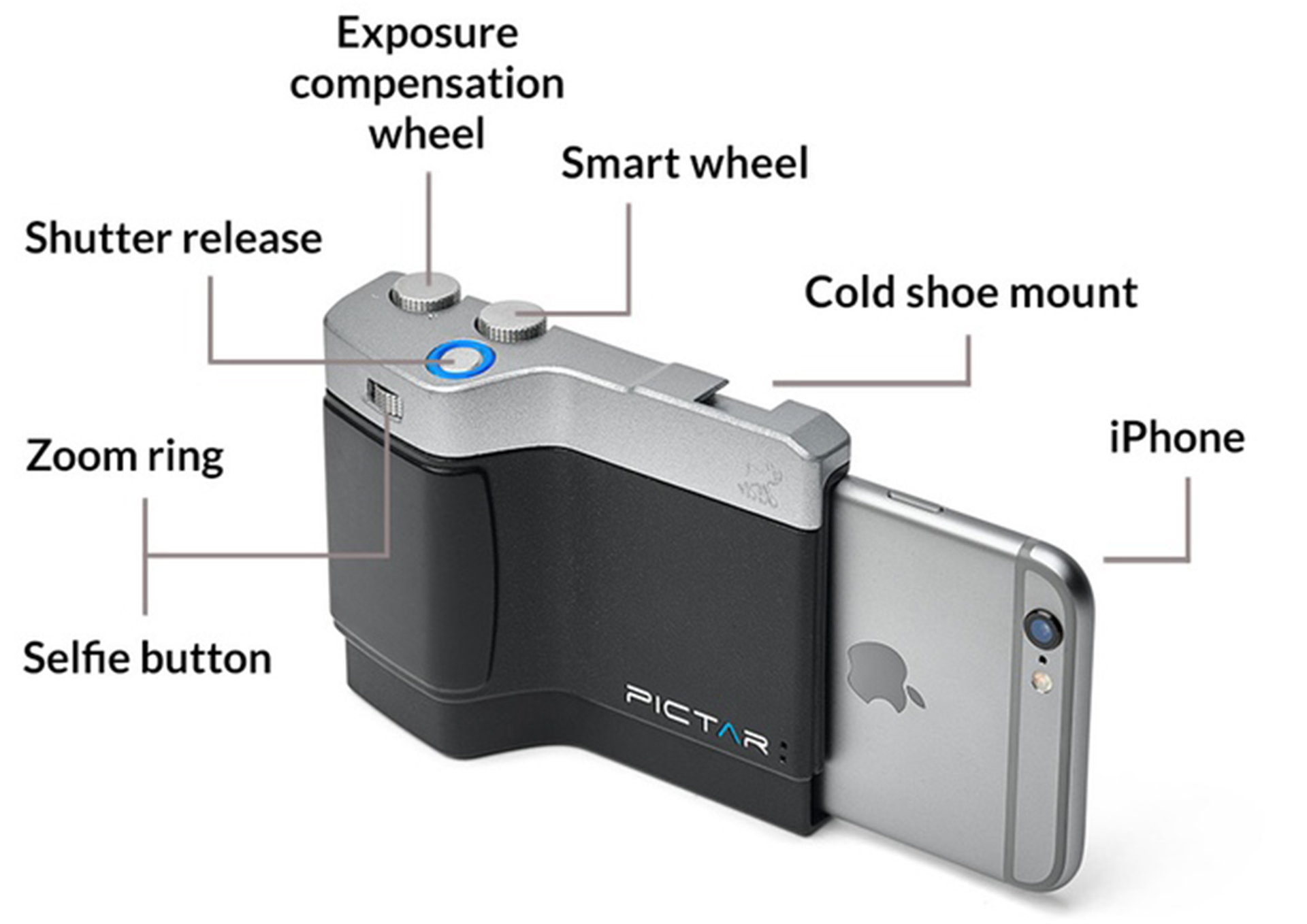 Pictar is a hardware device that can be mounted to the iPhone (or is it vice versa?) resulting in a camera-shaped grip for your phone. The hardware incorporates a series of dials and buttons which you’d normally find on real camera bodies, such as dials for exposure and zoom, a shutter release button and even a cold shoe mount.

The second half of the product is all about software. Sean Henry from Miggo (the company behind Pictar) puts it like this:

I think if you only provide either the software or only the hardware, you’re missing the point. Actually it’s bringing these two together in a uniform way that is really nice.

The hardware communicates with the software app via ultrasound which is picked up by the iPhone’s microphone (but is limited to a range of about one foot, so no need to worry about freaking out your neighbourhood dogs). 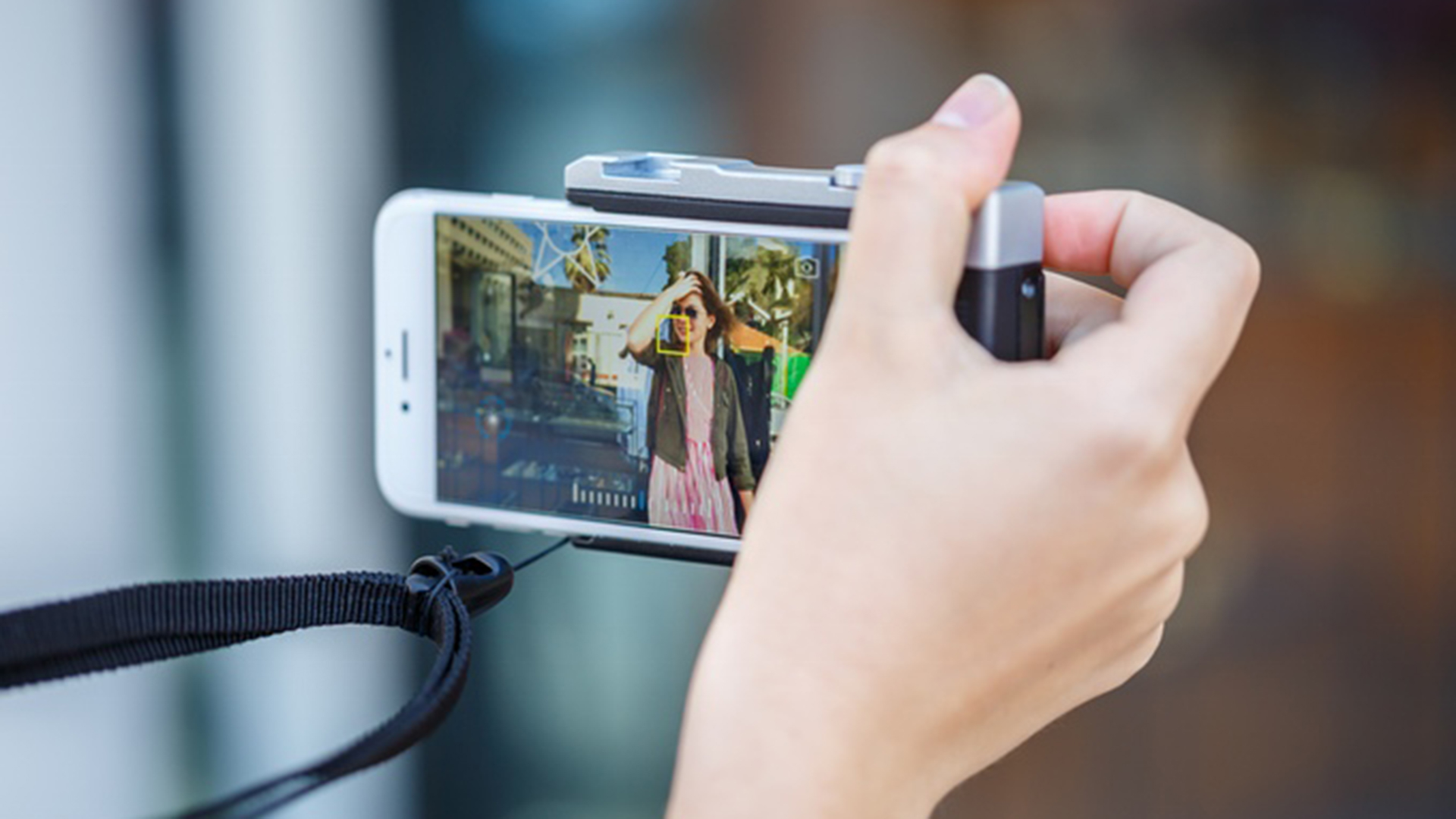 There are various modes to choose from, with even a selfie mode available. Everybody loves selfies these days, right? For slightly more serious applications, you should look into the DSLR-like shutter button. It offers a “half press” mode to lock focus and exposure for easy tracking of a moving object or to create a desired composition, as well as full-press for immediate shutter release. There is a smart-wheel control, too, which can be mapped to several functions, such as:

All the above features are available for shooting videos too, of course, so the device is really capable of improving the native photo or video apps the iPhone comes with.

Pictar is designed to accommodate iPhones of several sizes, such as iPhone 4s, iPhone 5, iPhone 6 and the new iPhone 7. For the bigger sized plus models there is a Pictar Plus model available.

The Pictar will be available around November this year and its price is set to $100 in the US. There will be an Android version, too, so Pictar will be cross-platform by next year.