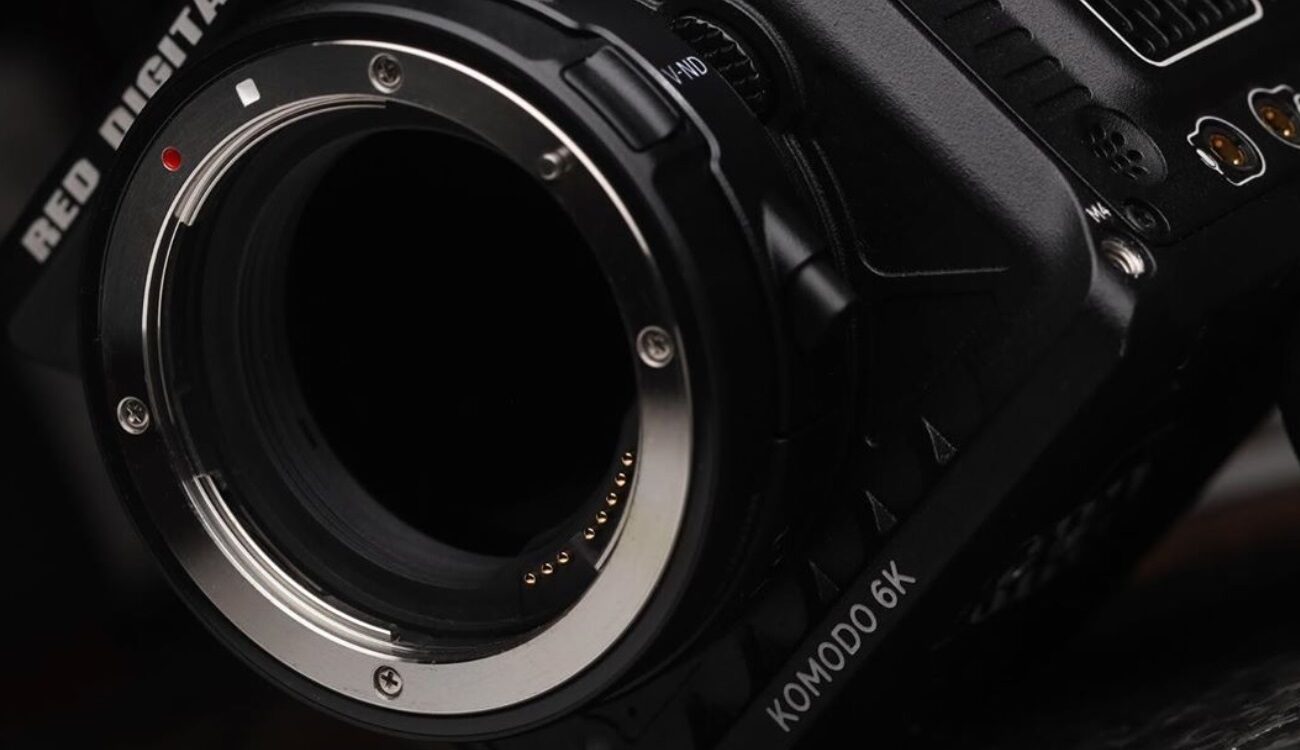 KOMODO seems to be RED’s new “affordable” camera. From the teasers we already know it will shoot 6K video, use a Canon RF mount, CFast media, and it will have a headphone jack and a microphone input jack. The body will weigh less than 2 pounds and all the dimensions will be under 4″, which is very compact. There will be no HDMI port. The camera is supposed to work closely with HYDROGEN One phones and it will cost over $5,000 (less for HYDROGEN users). 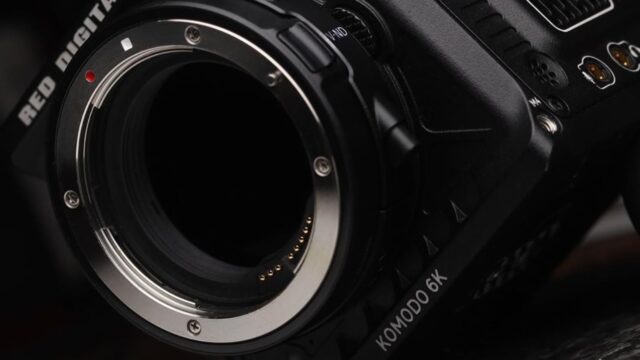 For us filmmakers, it looks like the time of affordable 6K acquisition is violently knocking on the door. Blackmagic yesterday announced the BMPCC 6K, Panasonic will soon release the 6K-capable full-frame S1H, and Sony with their a7S III will… well who knows? Anyway, RED seems to have a “kind-of-affordable” 6K camera in the making now as well. In this article, I have summarized all the available information about the upcoming RED KOMODO camera.

Firstly, Jarred Land teased a mysterious product on his instagram account back in mid-July (which now we know is the KOMODO camera). The photo only showed a headphone jack, microphone input jack connector, and an LED with a small title “CFast”. That indicates the camera will use CFast media. CFast cards are not exactly cheap, but they are significantly more affordable than RED MINI-MAGS. 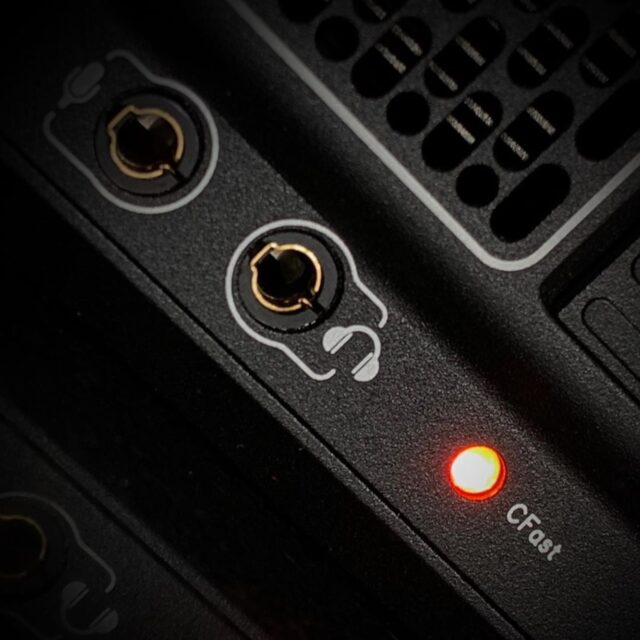 On July 23rd, Jim Jannard mentioned KOMODO in his post on H4V User. He wrote:

Additionally, we eventually realized that the original camera module would have to change due to the fact our ODM was not going to competently complete the module that they committed and guaranteed to do. Our best option was to modify the program and bring it back into the RED house. We have completed the new and extraordinary sensor and redesigned the package. Jarred at RED will be posting about Komodo fairly soon. Its capability will vastly exceed the originally planned module. The HYDROGEN One and Two will integrate with this new camera. While it does not replace its big RED brothers, it will certainly be a complimentary camera for cinema grade images at the highest level at lower pricing.

From Jim’s post it looks like KOMODO will be the long-awaited camera module for the HYDROGEN phone. I really hope it will also work without the phone, though. I think RED will have to provide that option as well, because the first generation HYDROGEN has not been exactly a popular product. 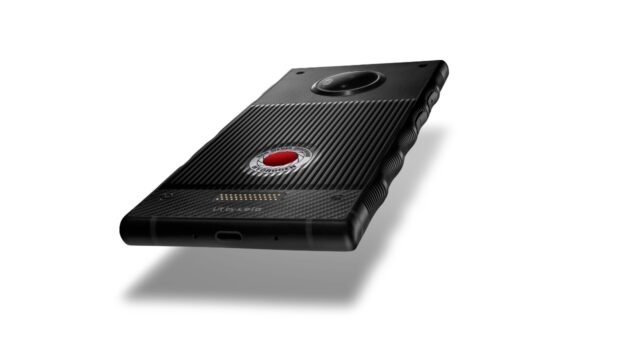 HYDROGEN One phone – possibly a monitor for KOMODO? Source: RED

After that (July 26th) Jarred posted on Red User a couple of points stating what KOMODO is not:

The latest KOMODO tease (from today) comes again in a form of a photo on Jarred Land’s instagram account and it tells us a bit more this time. It looks like KOMODO will be RED’s new camera capable of recording 6K video and it will have Canon RF Mount. 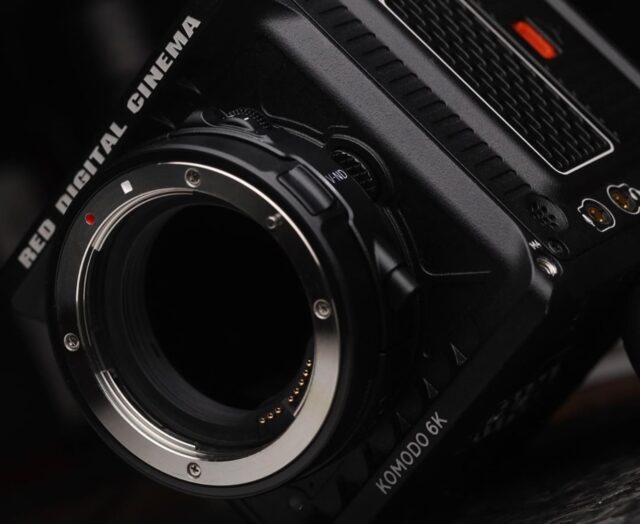 The RF mount has a flange focal distance of 20mm and it seems to me like a good decision to equip the camera with this mirrorless mount – especially when using very popular and very common Canon EF lenses (flange focal distance of 44mm). The reason is the Variable ND mount adapter from Canon, which we also see on Jarred’s photo mounted on the KOMODO. I actually like this solution much more than the EF mount in case of the newly announced BMPCC 6K, because it utilises the space between the sensor and the lens much better, and “speed boosters” can theoretically be adapted as well.

This adapter seems to provide a very good electronical connection between EF lenses and RF Mount bodies preserving IRIS control, lens stabilization and possibly even autofocus (depends on the camera body though). What is even more interesting though, is the included drop-in variable ND filter. It offers ND3-ND500 range (1.5 to 9 stops of adjustment). Canon also offers a drop-in clear filter for the use in dark environments. The whole adapter is water- and dust-resistant (with the drop-in filter in place). 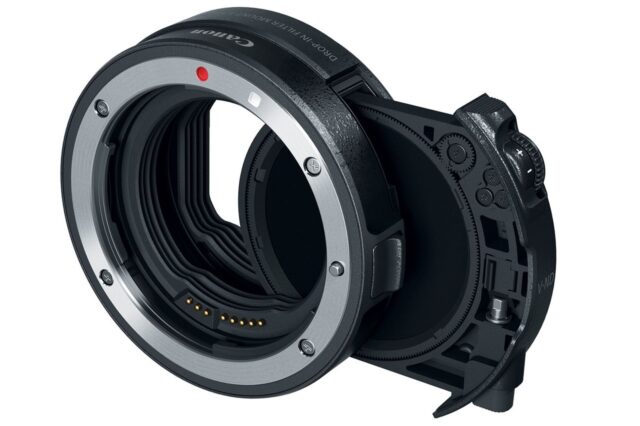 There are still some mysteries about KOMODO. We don’t know the sensor size, but Jarred said in one of the comments that they didn’t licence someone else’s sensor. He said the KOMODO is 100% RED. It looks like they developed new sensor for KOMODO, because Jarred said it is not Dragon, Helium, Gemini or a Monstro sensor. Is it Super35 or full-frame? We don’t know anything about powering, connectivity (other than those two jacks and the fact it will not have HDMI), and of course about pricing and availability. We only know that the camera will cost more than US $5,000 and it might be cheaper for HYDROGEN owners.

What do you think about KOMODO so far? Do you think RED is going down the right path with this new camera? Do you think the tight connection with HYDROGEN is good? Let us know in the comments below the article.