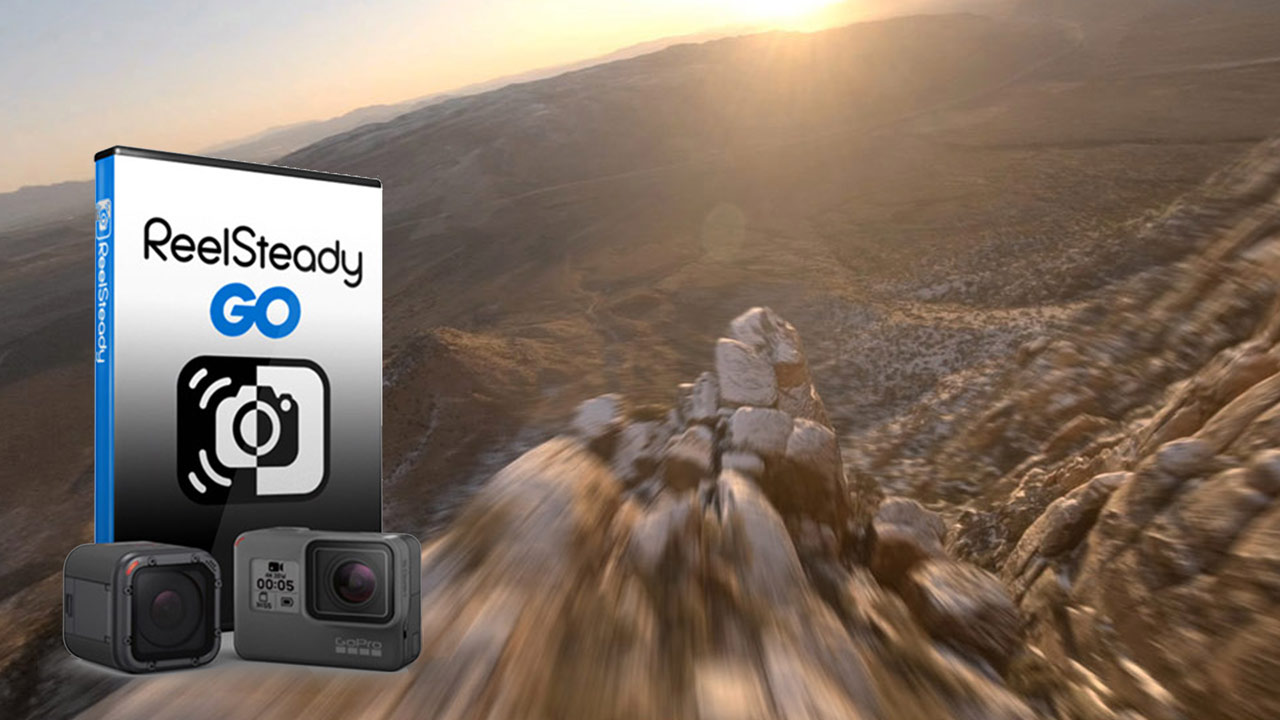 ReelSteady GO is a standalone desktop application, which can automatically stabilize footage from GoPro cameras (HERO5, HERO5 Session, HERO6, and the new Hero7). It uses the information from GoPro’s gyro sensor to provide much better results than simple image analysis. Its creators claim it is even better, than GoPro’s own HyperSmooth stabilization built-in in the Hero7. It is now available for $99 US. You might still remember the impossible drone shots from Robert McIntosh. He filmed a couple of fly-through videos with his tiny custom-built drone with stripped-of GoPro Hero4. The footage straight out of camera was of course not stabilized. The resulting clips were stabilized in post production using ReelSteady plugin for Adobe After Effects. The level of stabilization is really impressive. If you missed our articles about the impossible drone shots, you can check them – first video and second video.

The professional ReelSteady stabilization plugin for After Effects is being sold for $399 US. Since this price tag may seem a bit too high for some filmmakers, the company now introduced a more affordable alternative in form of ReelSteady GO. It is a simple standalone desktop application, which will automaticaly stabilize clips from GoPro HERO5, HERO5 Session, HERO6, and the new Hero7. How does it work?

Just like the ReelSteady After Effects plugin, ReelSteady GO app too looks like a very capable stabilization. It uses gyro data from GoPro cameras instead of traditional image analysis. That gives great results on virtually any shot. In fact, ReelSteady creators claim their stabilization beats GoPro’s own HyperSmooth included in the Hero7. To support this claim they showcase few comparison shots in their promotional video.

The user interface of the app is very simple and straightforward. With one button, you can load the desired video, the app will automatically stabilize it. With another button, the video can be then rendered and exported.  Camera model, settings, and sync points are automatically detected and applied.

The sync points in the video can also be adjusted in case you are not satisfied with the result of the automatic stabilization. More on this in the ReelSteady GO tutorial video.

As I already said above, the app only works for footage from GoPro HERO5, HERO5 Session, HERO6, and the new Hero7. I personally welcome an app like this, because I own the GoPro HERO6 and I filmed a lot of clips with it in 4K50p in H.265, which is a mode that does not support any stabilization with that camera. Now with ReelSteady GO I can stabilize it in the post.

The ReelSteady GO desktop app is available for both Windows and Mac computers and it costs $99 US. There is also a free trial version available, so you can try it out before purchasing. The trial version has full functionality, but it will burn a “DEMO” watermark in the resulting stabilized clip.

What do you think of the ReelSteady GO? Do you have some unstabilized GoPro footage which needs a treatment? Let us know in the comments underneath the article.