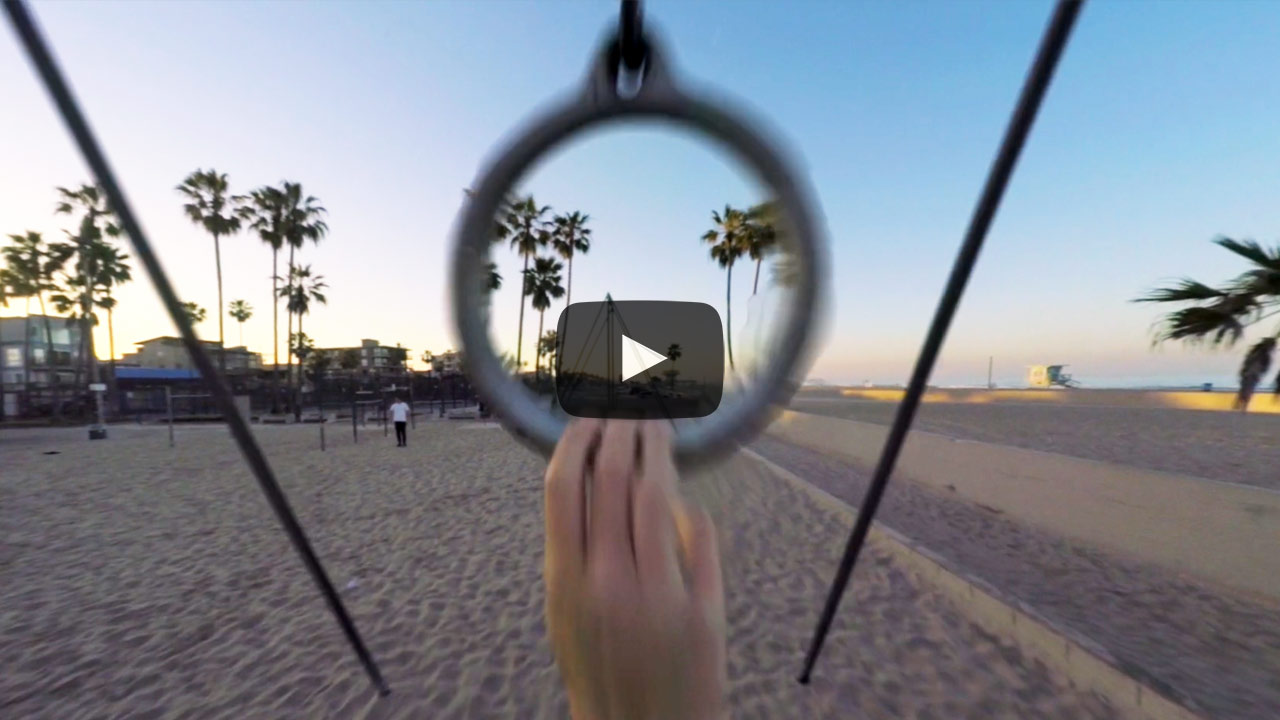 A breath-taking, single-shot fly-through video has been making the rounds on the internet lately, featuring several impossible drone shots at Venice Beach. Take a look at the final video, as well as the original unstabilized clip from Robert Mcintosh.

American drone pilot Robert Mcintosh has an interesting channel on Vimeo: he specializes in precision drone piloting, flying through very tight spaces, and has already received a Vimeo Staff Pick award for one of his older videos that we covered in another impossible drone shot article. Robert is also the founder of ReelSteady, a very potent stabilization software (think “warp stabilizer” but with more controls) that he uses to achieve his masterful shots. His new piece, Muscle-up, is a backwards fly-through video over a famous beach in Venice, Los Angeles. Check out the final version here:

The sudden appearance of obstacles thanks to the backwards-edit increases the “wow effect” of Mcintosh’s videos, and the audio design is also very nice and greatly enhances the overall experience. One of the most interesting moments of the video, though, is when the pilot flies through a tight gymnastic ring, giving you an idea of just how tiny the drone must be. Mcintosh claims to have used the “world’s smallest HD drone” which he describes as follows:

The drone weighs in at an astonishing 94.7 grams WITH the stripped down Gopro! (120 grams takeoff weight with lipo flight battery and foam roll cage)For reference, a stock GoPro HERO 5 black weighs 118 grams!It’s less that 5″ wide and 3″ tall,  Sporting 2″ propellers. 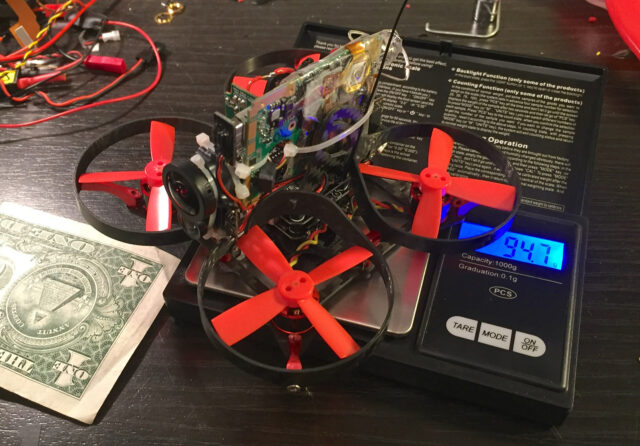 Apparently a GoPro camera was taken apart and fitted onto the miniature drone to pull of the impossible drone shot we saw. Additionally, the drone doesn’t use a built-in stabilizer. Instead the footage is stabilized in post, with Robert’s ReelSteady app.

For some more insight, here is the original flight and unstabilized footage, including some crashes.

Unlike when the first impossible drone shot video was published, the ReelSteady plugin is now available and compatible for the latest version of Adobe After Effects (on Mac OSX). 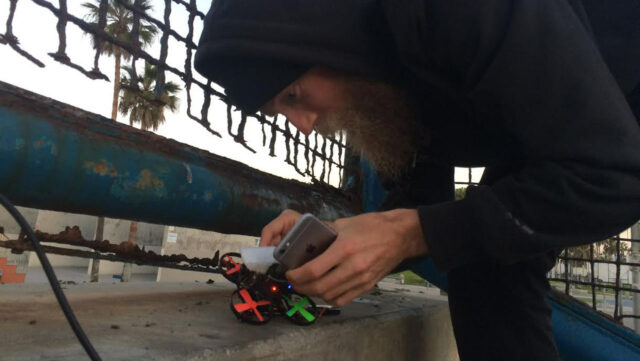 What did you think about the innovative approach to impossible drone shots of Robert Macintosh? Let us know in the comments below.