At NAB 2017 we took a look at the Visionsmith ReLamp system. An ingenious idea: use your old light fixtures, and upgrade them with LED replacement bulbs! 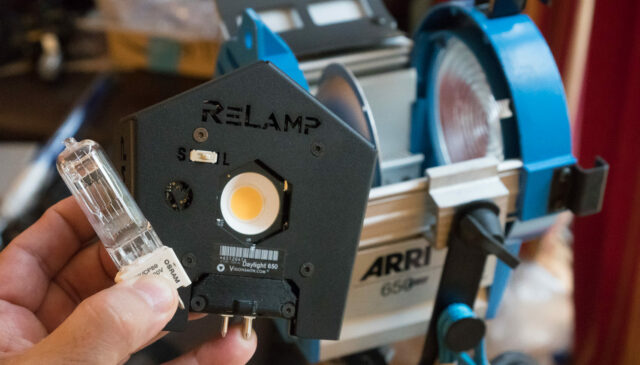 ReLamp allows you to replace old halogen lights, such as ARRI fresnels, and upgrade them with an LED component – a great idea for those who have would like to give a new lease of life to their old fixtures. These revamped versions that Visionsmith showed off at this year’s NAB now feature 90V – 250V compatibility and offers LED replacement units for a wider variety of housings. 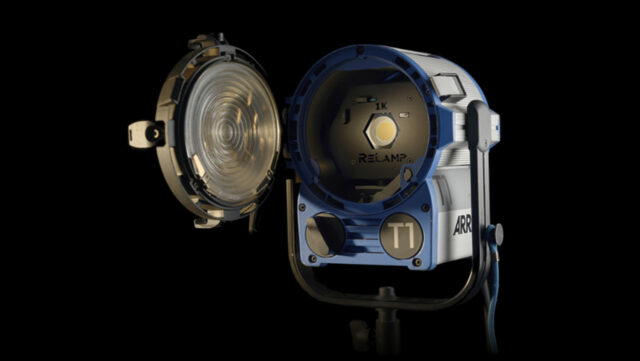 While many cinematographers have complained that LEDs don’t render perfect colour, I believe the game has changed significantly. Visionsmith claims their LEDs have a CRI of 98, and apparently there are no colour shifts during dimming.

The benefits of using LED include being eight times more efficient, meaning you can save a whole lot on your electricity bill. Additionally, there’s no heat to worry about: a halogen grid is like a grid of industrial space-heaters, compensated by heavy-duty air conditioning. If you’re running lights for 12 hours a day, the numbers add up fast. 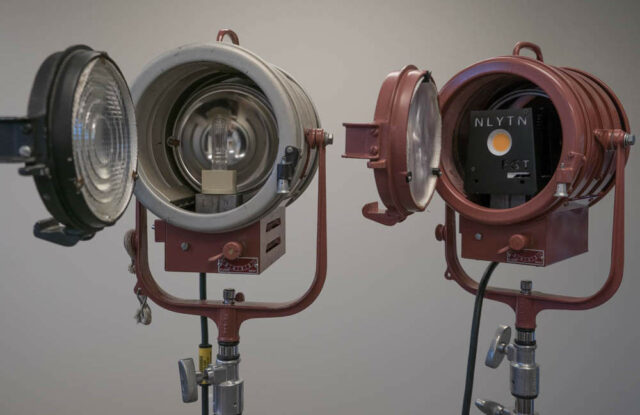 The new VisionSmith ReLamp will be available in various versions. Here are some of the prices:

For more information please have a look at Visionsmith’s website.

What do you think of ReLamp? Has the time come to move over to LED? Please let us know in the comments below.