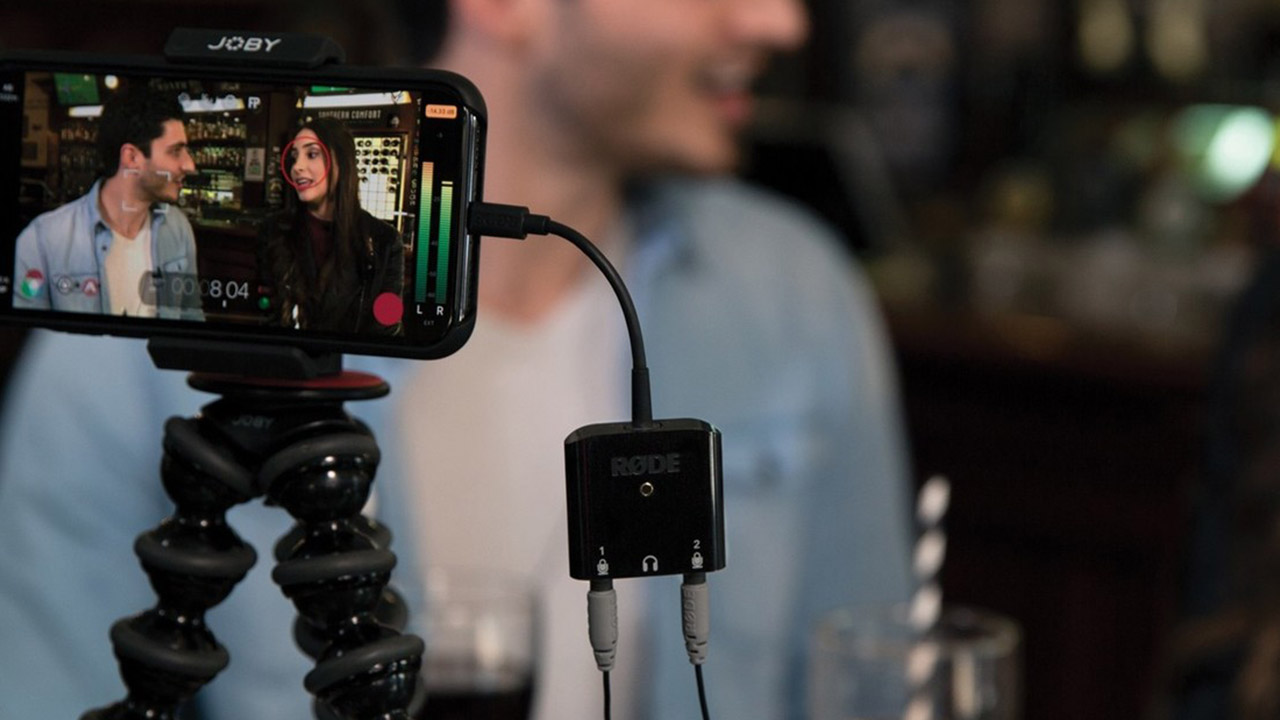 The SC6-L is a 3.5mm-to-lightning adapter, and RØDE’s newest move on the mobile market. This might seem out of place for RØDE, until you realize that they’re selling it in bundles with the smartLav+. 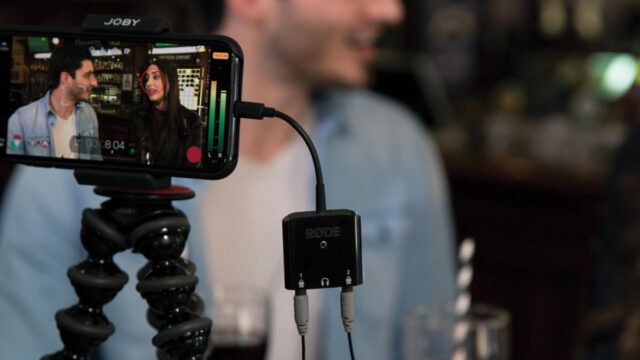 The SC6-L (talk about a mouthful) allows for two microphones and a set of headphones to be plugged in simultaneously. This might not be a groundbreaking piece of technology, but it is a much-welcomed addition to their lineup, especially given the growing number of users who have upgraded to iPhones without the headphone jack. I haven’t seen any hard stats, but I have to believe we are the majority now. 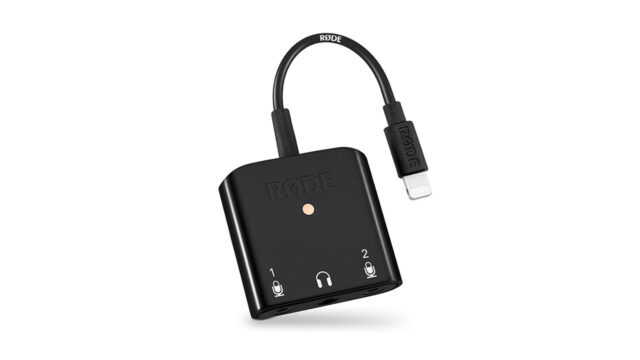 This is an update to their original SC6, which sported two 3.5mm input jacks, and one 3.5mm output. Unfortunately that adapter had a serious flaw: it recorded both audio sources down to one mono track. Recording an interview in mono is a very risky proposition, given that the questions and answers are baked together. Thankfully, the SC6-L records stereo, allowing for much more flexibility with your newly-recorded audio. Two channels are always better than one. 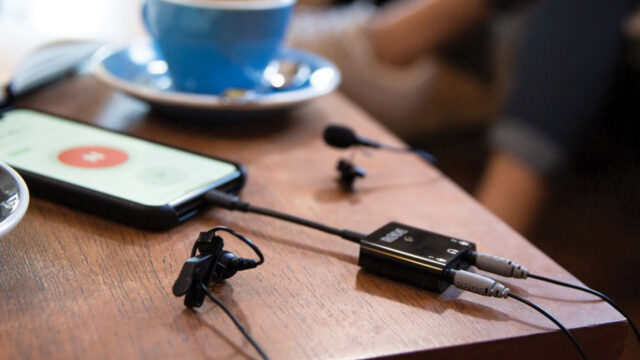 Pairing with their “RØDE Reporter” iOS app, you can record 24-bit AAC or MP3 up to 320kbps and export directly to Google Drive, Dropbox, iCloud, or wherever else you like. But of course, that’s just through their app. You can record with whatever app works for you, be that GarageBand or a video app like FiLMiC Pro.

However, if you do choose to use their app, you have option to record the incoming audio as one stereo pair or separate tracks. Not only that, but you also have the ability to set microphone pre-gain. The app and the SC6-L are really built to work in tandem. 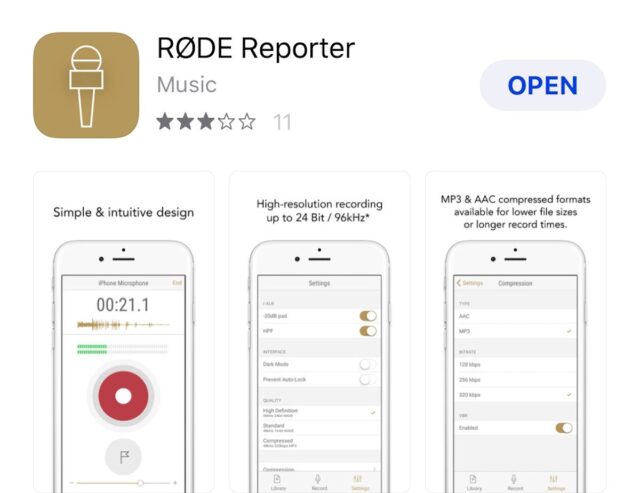 One can’t help but notice that there is no announcement of a similar product for Android users, either with USB-C or Micro USB. While it isn’t unusual for film-related apps and gear to be iOS exclusive, it is still endlessly frustrating and limits the options of indie filmmakers on a budget.

Would you feel comfortable using your phone as a recorder on a professional shoot? Do the SC6-L’s features justify its price point? Share with us your thoughts in the comments below.