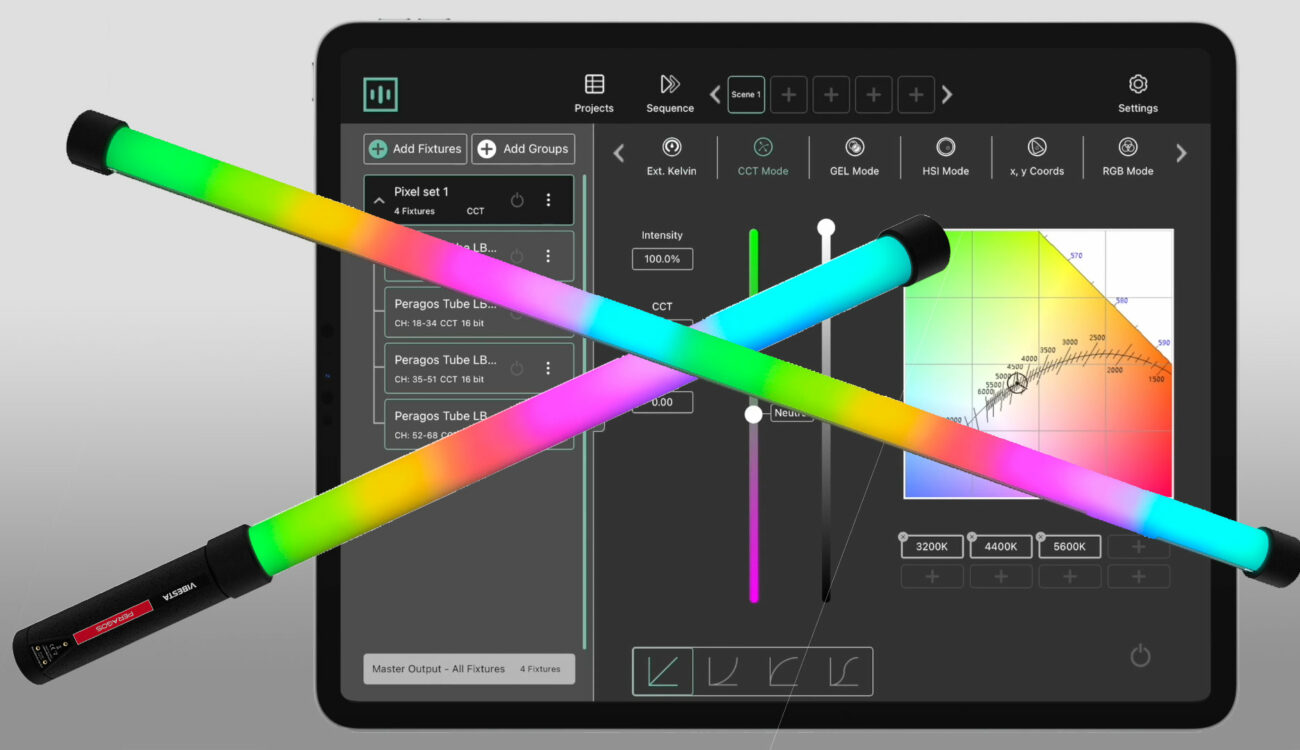 Back in October 2020, we first reported about the Vibesta Peragos Tubes. The Dutch lighting manufacturer Vibesta launched a crowdfunding campaign for the tube fixtures back then. After being successfully financed, the Peragos Tubes can now be purchased via standard resellers such as B&H.

The team from RTX tec recently launched a new version (V2) of its mobile app that brings an interesting new feature for these tubes from Vibesta. Let’s take a look at what’s new.

The RTX Master app, developed by RTX tec, serves as a mobile controller app for a variety of lights from F&V, RAYZR, and Vibesta. The app enables quite a complex controlling and it includes various effects, projects, scenes, and sequences. For more information on what this app can do, make sure to check the RTX tec website.

The developers say they are independent of lighting manufacturers, so any company who would like to utilize the app for remote control of its fixtures can contact the dev team. The new V2, however, only brings the new feature to the Vibesta Peragos tubes for now. The developers, however, promised to bring support for other fixtures in the future as well.

The main new feature in the V2 is the Pixel Animation Mode. Users can now put several fixtures into a Pixel Set group and their position in the group defines their position in the „virtual“ pixel set fixture so that an effect can be run through all of them. The group of tubes therefore acts (and can be controlled) as one large fixture. The RTXtec team created a Youtube video explaining how the new feature works with the LED tubes.

The RTX Master App is available now free of charge for Android devices on Google Play and for iOS devices on Apple App Store.

Do you use the Vibesta Peragos Tubes for your work? How do you like the fixtures? Do you use a smartphone app to control your lighting setups? Let us know in the comments section underneath the article.