After the Samyang AF 45mm f/1.8 FE that was released less than three months ago, Samyang / Rokinon continue to expand their line-up of lenses for Sony E mount cameras with the introduction of a super-wide-angle lens: the Samyang AF 18mm F/2.8 FE. Let’s take a closer look at this affordable wide-angle prime.

This small prime is one of the most compact and lightweight lens of its kind with a weight of only 145 grams (without the hood and cap). It is compatible with Full-Frame and APS-C E-mount cameras. In terms of field of view, you get a 100° angle on a Full-Frame camera. 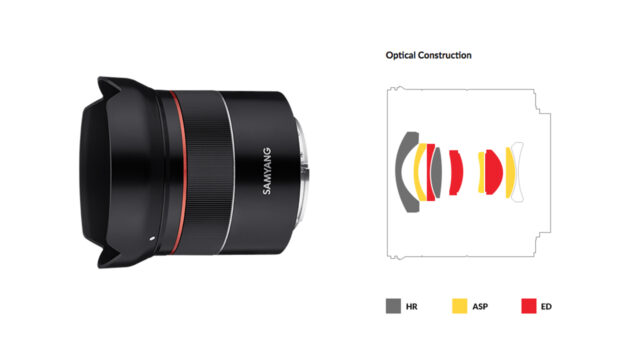 The lens design consists of nine elements in eight groups. Also, there are eight specialty lenses: 3 ASP lenses, 2 HR lenses, and 3 ED lenses. All these bits of glass technology mean that the lens should be quite sharp, with low chromatic aberrations, and a minimal amount of barrel distortion (we can’t confirm all this as we haven’t gotten one to try yet). The aperture diaphragm consists of 7 rounded blades. 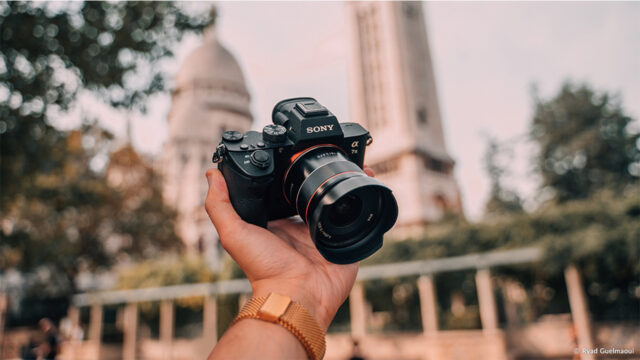 What do you think of this new Samyang / Rokinon AF 18mm F/2.8 FE? Do you already have a super-wide-angle lens for your Sony camera? Let us know in the comments!