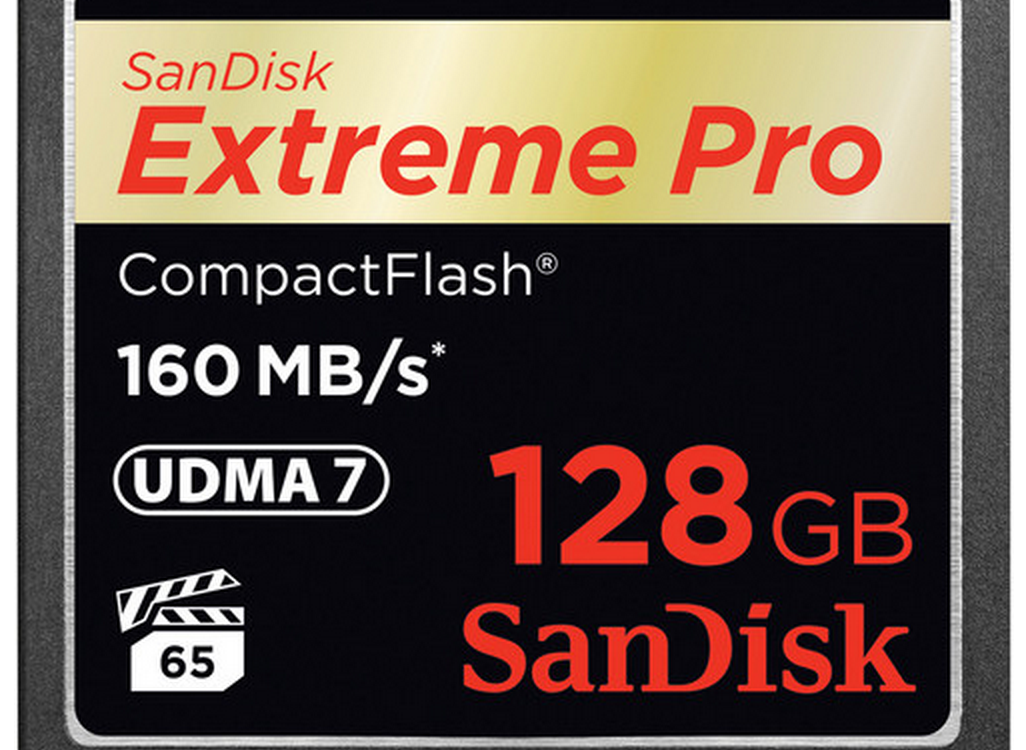 On Sunday we posted about the new SanDisk CFast 2.0 memory cards, and briefly highlighted the soon to be released 256GB Extreme Pro 160MB/s compact flash. Well, the new speed benchmark has advanced further down the line of UDMA 7 compact flash cards, and is available now in 16, 32, 64 and 128GB cards.

This is great news for users of the Magic Lantern Raw recording on Canon DSLRs. SanDisk’s previous Extreme Pro write speeds were listed as 90MB/s (with the exception of the 100MB/s 128gig card) which when tested, proved to be a little slow for 5D Mark III raw recording at 1920 x 1080. The minimum requirement for 24p raw recording at this resolution is 83MB/s; this is without utilizing any other features found within the Magic Lantern menu (the more features and functions activated, the faster the card required), and only accounts for 24FPS (25 and 30FPS require faster write speeds).

The cards naturally aren’t cheap, and certainly don’t compete with the current popular Komputerbay X1000 speed compact flash cards (which are less than half the price of the Extreme Pro 160MB/s). But what they will offer is reliability. Komputerbay cards are very inconsistent with their sustainable speeds, I for one had to send my 64gig x1000 Komputerbay card back due to low read/write speeds.