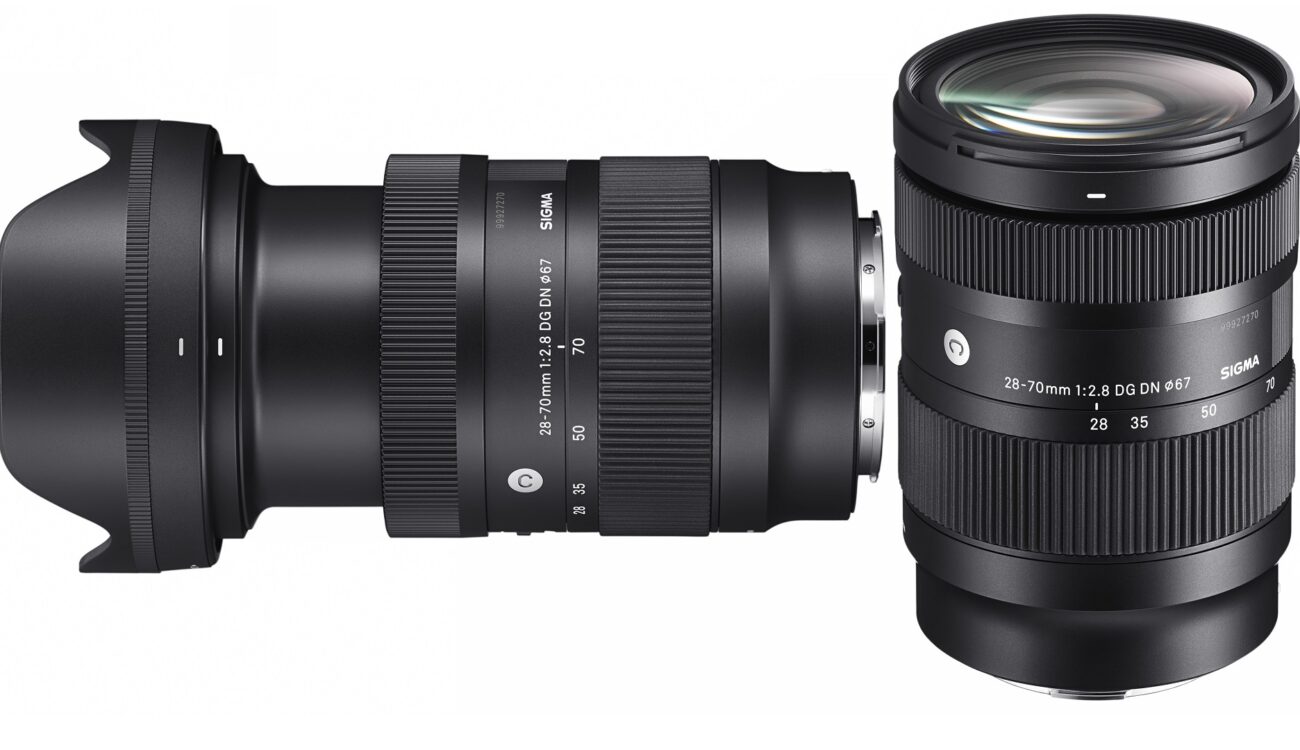 The SIGMA 28-70mm F2.8 DG DN Contemporary lens has just been announced. Available for Leica L-Mount and Sony E-Mount, the full-frame lens offers a compact design and lower weight when compared to the SIGMA 24-70mm f/2.8 Art or similar lenses.

As a member of the L-Mount Alliance, the Japanese camera and lens manufacturer SIGMA makes sure that there are enough native full-frame lenses for the L-Mount standard.

During their latest livestream, the company announced the new SIGMA 28-70mm F2.8 DG DN Contemporary lens. Let’s take a short look at its features and specs.

This lens was designed exclusively for mirrorless lens mounts, being lightweight and fairly compact – it only weighs 470g (1.04lbs). Another aspect contributing to its lower weight is the fact that it only begins at 28mm. As a comparison – the SIGMA 24-70mm f/2.8 Art lens weighs 835g (1.84lbs).

SIGMA claims that the new 28-70mm f/2.8 DG DN Contemporary is the smallest and lightest lens in its class (among full-frame mirrorless zoom lenses with a constant f/2.8 aperture).

The AF only includes one lightweight focusing element and is driven by a quiet and fast stepping motor. The AF performance should therefore be responsive and silent, according to SIGMA. The focusing is internal, but the lens does extend during zooming.

When it comes to optical design, SIGMA says it is inspired by the optics of their 24-70mm f/2.8 Art lens. It comprises 16 elements in 12 groups – three aspherical, two FLD, and two SLD elements. As SIGMA further claims, despite using fewer elements in total than with the 24-70mm Art lens, the design results in a thorough correction of axial chromatic aberration and sagittal coma aberration.

Thanks to its Super Multi-Layer Coating and Nano Porous Coating, the lens should be able to prevent ghosting, suppress flares, and produce high-contrast results in backlit conditions, according to SIGMA. Last but not least, the 28-70mm f/2.8 Contemporary lens features a water- and oil-repellent coating on the frontside of the lens. As SIGMA says, every lens undergoes the company’s proprietary MTF measuring system “A1”.

The lens body is made of a polycarbonate called TSC (Thermally Stable Composite) that has a comparable level of thermal shrinkage to aluminum. According to SIGMA, this helps to provide stable performance, even in environments with extreme temperature changes. The maximum dimensions of the lens are 72.2mm x 101.5mm (2.8″ – 4.0″) and it features a simple dust- and splash-proof design. The front filter thread has 67mm and there is a Focus Mode Switch on the lens body.

The SIGMA 28-70mm f/2.8 Contemporary lens comes with a petal-type lens hood. It is also compatible with the Sigma USB Dock UD-11 – for L-Mount only, sold separately.

In my opinion, this lens will especially shine in combination with small mirrorless cameras, such as the SIGMA fp or the Sony a7C, because the resulting lightweight combo will fit even on smaller gimbals. As an example, this lens paired with the SIGMA fp camera will only weigh 890g (1.96lbs). What do you think?

Do you use SIGMA lenses? What do you think about the new 28-70mm f/2.8 lens? Would you choose it over the 24-70mm f/2.8 for certain scenarios? Let us know in the comment section underneath the article.