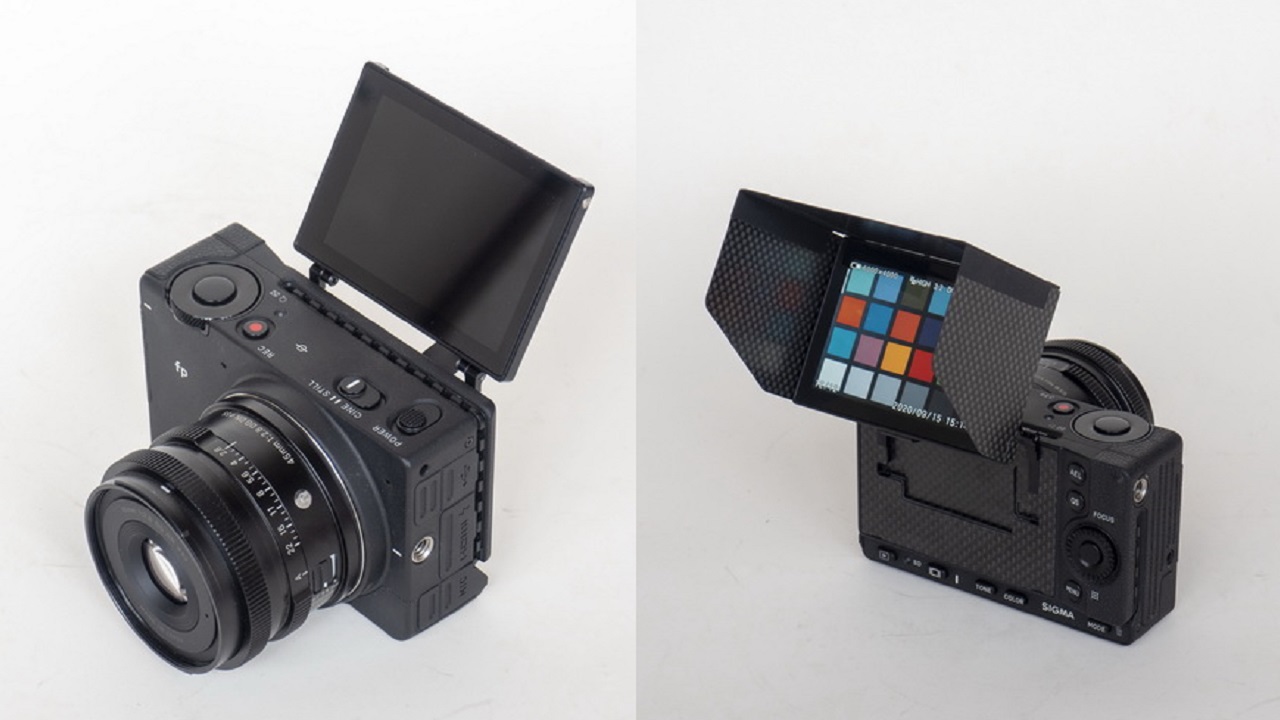 The creator of the original BMPCC 4K and 6K screen modification kit known as Power Cheung now offers a similar modification kit for the SIGMA fp camera. For $259, it allows for 180° upwards and 90° downwards tilting while retaining the touchscreen operation and keeping the camera body compact.

Back in June 2019, we first reported about a BMPCC 4K screen modification kit that would add a tilting screen to the camera as well as a place for M.2 SSD neatly hidden in between the screen and the camera body. The Chinese designer behind the modification goes by the name Power Cheung.

The modification kit equips the camera with a 180 degrees upwards flip screen, which can serve as a selfie screen for different purposes (Vlogging for example). Please keep in mind, however, that the camera currently cannot flip the image. For downward tilting, approximately 90 degrees are possible. Touchscreen functionality remains available.

The creator again used carbon fiber to cover the back of the camera and screen. The total screen thickness is 5mm, and the modified camera seems to remain very compact. The flexible screen cable is exposed, but Power Cheung claims it is not that easy to be damaged. Additionally, the modification allows for easy replacement of that cable.

The modification kit comes with a free custom-made lightweight carbon fiber LCD hood that attaches to the screen via magnets. Power Cheung, however, claims that the hood is limited, so it might not be included with purchases later. Furthermore, the kit includes basic tools and auxiliary brackets for screen removal. He also made a YouTube video with instructions on how to modify the camera.

The cage should provide a place for the M.2 SSD box (known from the BMPCC 4K and 6K modification) at the bottom. It should also provide reinforced joints for the screen tilting mechanism and mounting points for the SIGMA LVF-11 viewfinder.

This modification kit is available via the Chinese site Taobao. The price is ¥1499 (Chinese Yuan), which translates to roughly $230. I have no experience with ordering goods from Taobao from outside of China, but the modification designer Power Cheung claims that overseas buyers can purchase the modification for $259 via PayPal as well. If you are interested, you can contact Power Cheung directly via E-mail.

Note: Such self camera modification might void your camera warranty so please proceed with cautious

Do you use the SIGMA fp? What do you think about this screen modification? Would you add it to your camera? Let us know in the comment section underneath the article.