In somewhat of a surprise move, Tilta showed off a kit that will allow you to modify the screen of your Blackmagic Pocket Cinema Camera 4K and 6K, to flip 180° up and 90° down. In addition to that the modification kit comes with a housing for an M.2 SSD drive that will bridge over to the cameras internal USB-C port and thus enable recording directly onto it. Furthermore the kit contains what Tilta considers an enhancement to the housing of the camera’s ports.

According to Tilta representative Jay Kaufman, the kit shown to us at the Tilta booth at IBC 2019 is still a prototype that arrived only yesterday, so there will still be a few modifications to it before sales start in November. The modifications kit for the Pocket 4K’s and 6K’s screen will come with all tools necessary to make the modifications, as well as video tutorials that will guide customers through the whole process. The modification is supposed to be fully reversable, although its influence on your camera’s warranty might be detremental. The kit works with the camera’s own screen and does not inhibit any camera functionality. So what is in store here? 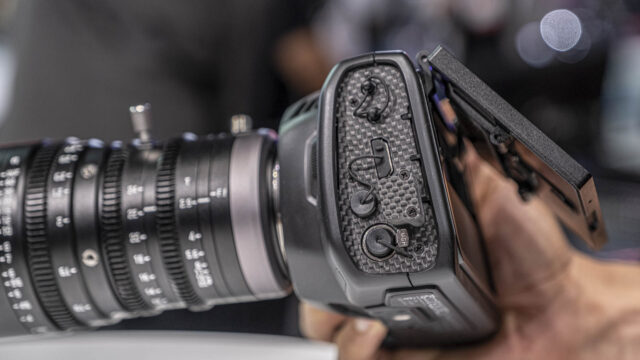 What can it do?

The tilting mechanism strongly resembles that of the recently released Sony A6100 and 6400, tilting upwards up to 180° but also up to 90° downwards. The modified screen will still work with all of the accessories for Tilta’s cages for the BMPCC 4K and 6K, except for the sunhood – the new screen however has screwholes for a new to be released sunhood that will support the flipping screen. The mechanism itself looks sturdy and begs the question why Blackmagic didn’t implement something like this themselves. 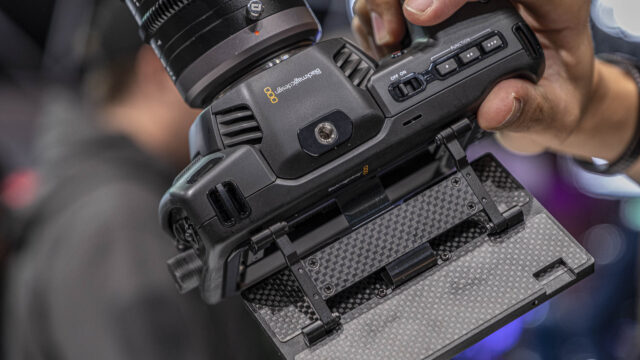 In addition to the modification of the screen, there is also a housing for an M.2 SSD drive that comes with the kit. Somewhat similarly to the Atomos SSD caddies, this will enable you to insert your own SSD and use it with the male USB-C plug, that will sit flush right behind the newly modified screen. For now this USB-C plug is just bridging over from the BMPCC’s internal plug, but Tilta has plans to enhance this, so that the camera’s USB-C will remain usable. What that will mean for the total bandwidth of the port remains to be seen.

The third part of the modifications kit deals with the BMPCC’s ports. Assuming that user feedback for those might have been less than stellar, Tilta has implemented string-secured, carbon-fibre-styled plugs to close up and protect unused ports instead. 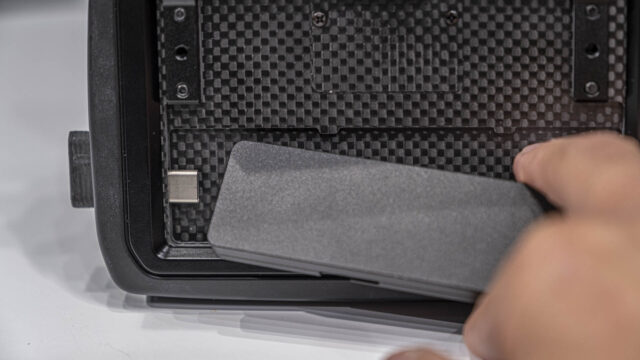 Where did this come from and when will it be available?

Modifications like this have been showing up in user forums and around the internet practically since the BMPCC 4K came out. This particular modification is actually a result of Tilta’s Tiltaing project cooperation with Mr Zhang – we reported about his BMPCC 4K modification back in June 2019. Tiltaing is Tilta’s initiative to fund interesting ideas and share profits with its inventors. We reported about Tiltaing from NAB in April 2018. Anyway, the large number of kits surrounding the BMPCC 4K and BMPCC 6K cameras without a shadow of a doubt speaks to their popularity.

According to Tilta the modifications kit for the BMPCC will already be available in November for $329.00. We will keep you posted on any new developments and when it becomes available. 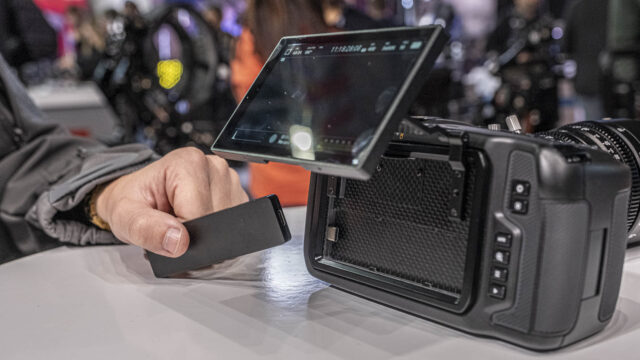 Are you excited about these modifications to the BMPCC 4K and 6K? Would you actually buy this and install it in your camera? Let us know in the comments!