In this guest review, DP and Director Thomas Schweighofer takes a look at the Sigma Cine High Speed Zoom line during a documentary shoot with a RED EPIC-W Helium 8K. Please also read Graham Sheldon’s extensive review of both Sigma zoom lenses, which we published a few months ago.

I recently had the chance to shoot a documentary project in the US featuring Austrian musician Dominic Muhrer and American Superstar Joshua Ledet. In order to achieve a better image quality in this particular project, I wanted to get my hands on some of the new Sigma cine primes, but at that point in time it was just too early to get a set. Instead, the folks at Sigma contacted me and told me to test their Sigma Cine High Speed Zoom cine line. I agreed but, being so used to shooting with primes, I didn’t expect too much. 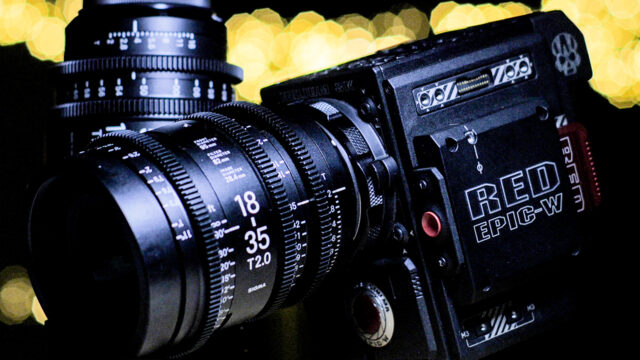 I will admit I realised my expectations were totally wrong the moment I held the 18-35mm T2.0 and 50-100mm T2.0 lenses in my hands. Their full-metal bodies, their size and weight, and their dust and splashproof build made a strong first impression. I immediately had the feeling the Sigma Cine High Speed Zoom range were lenses I could rely on.

As far as my setup was concerned, I was shooting with my RED EPIC-W 8K Helium S35 camera and, of course, my MōVI Pro gimbal. I am not going go into detail about camera and gimbal settings – suffice it to say these are just workhorses, as you probably already know. 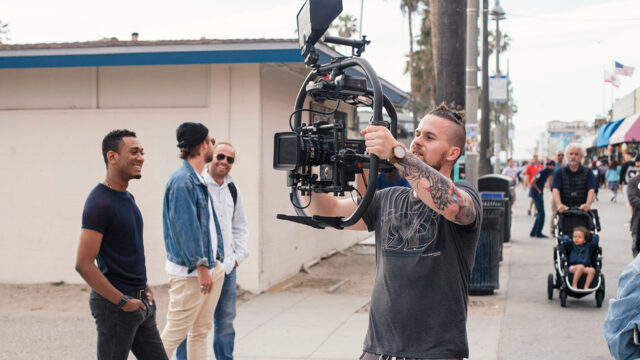 Getting back to the lenses, as I said, I am used to shooting on primes exclusively. These include the Canon CN-E, ZEISS CP2 and Rokinon XEEN, as well as some more budget lenses like the Rokinon VDSLR and several stills lenses, which as you may imagine include the Zeiss Otus, Canon L series and Sigma Art series.

There are a few good stills lenses for shooting video, but the problem is always ergonomics. The focus throw is just too short, and there are no focus hard stops or distance markings on the housing. You can forget about all those issues with the new Sigma Cine High Speed Zoom line. You really get the feeling of holding a big-budget cinema lens in your hand. But why exactly would the new Sigma High Speed Zoom line be of any interest in a market where Canon and ZEISS rule the stage?

The first reason could of course be price. For the price of one of the zooms, around $4,000, you can get a single ZEISS CP2, for instance. If the Sigmas are cheaper, it is only in terms of budget, but certainly not as far as image quality is concerned. I had never tried to compare a zoom lens against a prime, but I can say I’ve never seen such a sharp lens that was so good at handling flares, ghosting and chromatic aberration, and all of that in a zoom lens and wide open at T2.0. You are probably already aware of the impeccable image quality that Sigma has been putting out with their Art series. The Sigma Cine High Speed Zoom line features the same glass and design. Interestingly, I’ve never seen such a perfect circular bokeh from a lens in a price range under $12,000. However, it is not just the bokeh that blows me away. When stopping down to T11 or beyond, you get the kind of starburst effect you normally only see on expensive Cooke or ZEISS lenses.

Shooting on a RED EPIC-W in 8K or 6K mostly at 100 frames per second, I really need lenses that are capable of holding up image quality at those kinds of pixel ranges. This means being able to shoot a 32MP, 8K image and be able to crop in 400% in post. Cropping 400% means you are still left looking at a native 4K frame out of my 8K footage. You won’t be able to do that on any other lens in a competitive price range – these lenses are really ultra sharp and I can’t imagine shooting on anything else until I have the budget to get lenses above the $30,000 mark. 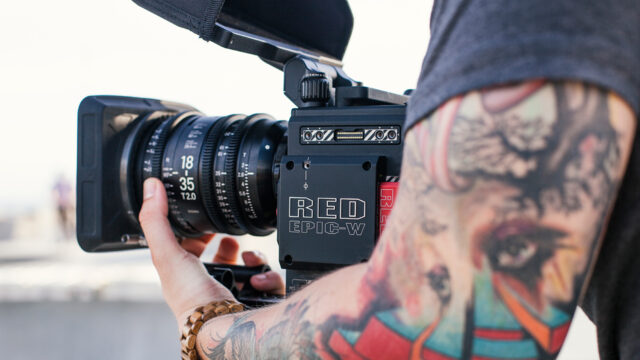 To summarise, I never expected to be satisfied shooting with a zoom lens, but that is exactly what happened. I am still waiting to get my hands on the Sigma Cine Primes as I’m excited about that extra stop between T2.0 and T1.5, full frame coverage, less focus breathing and the resolving power of a prime lens. However, I am still going to buy that 18-35mm T2.0, as this makes things a lot easier, especially when you are shooting documentary and don’t have the time to change lenses. Sometimes you just need to be ready to shoot whats in front of you, and having a variable focal length is a blessing.

This lens also makes total sense for shooting on a gimbal, mounting on a drone or a car rig where you don’t have easy access. Throw a second motor on there and you can remotely control focus and zoom, which means you can get different focal length shots almost instantly. Imagine having the drone in the air above a mountain top, getting your wide 20mm scenery shot at 8K, and then moving onto a 35mm, shallow-depth-of-field rotating shot around a cyclist. That is what I would call great comfort and efficiency.

The film featured in this review is Climb Every Mountain, is produced by the Austrian producer and director Hannes M. Schalle from Moonlake Entertainment, and will air on ServusTV on 21st December 2017. You can find out more about it HERE. You can also see the teaser trailer below. 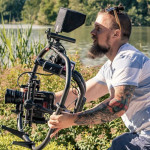 Thomas Schweighofer is a filmmaker that specializes in creating innovative film, TV, and commercial content. He is based in Austria.